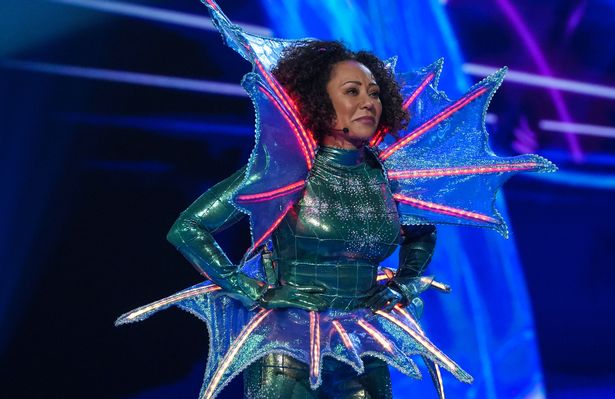 The stars of The Masked Singer stars go to extreme lengths to keep their identities totally secret while they are working on the show.

ITV’s hit talent show features a cast of celebrities singing in disguise, with the judges and viewers at home all trying to work out who is behind the costume.

Mel B was the second star to be given the boot after her performance on this weekend’s show left the judges in no doubt about who she really was.

Now the Spice Girls star has opened up about what it was like working on the series – revealing the stars sneak around in balaclavas when they are backstage.

As well as the full face masks, they also have to wear gloves and swap their regular clothes for black hoodies emblazoned with the words “Don’t speak to me”.

Speaking to The Mirror after her elimination, Sophie said: “Everywhere that you go you have to wear gloves, a visor that’s reflective, a balaclava, your hood up, a black hoodie that says ‘don’t speak to me’.

“When I was talking to the producer before the show I joked I’d been wearing a mask in preparation, we’re already kind of used to putting masks on aren’t we!”