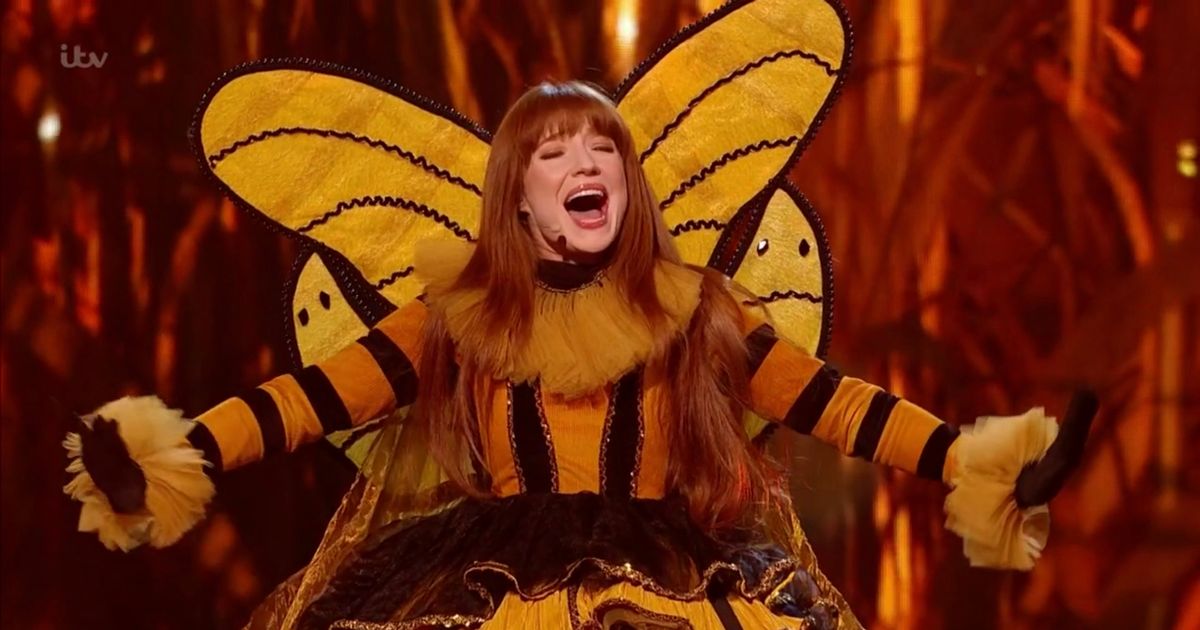 ITV’s The Masked Singer has given fans three worthy winners since it began in 2020, with the most recent champion being crowned on Saturday, as Natalie Imbruglia finished in first place as Panda.

The bizarre and unique series, which originated from the South Korean version of the show, The King of Mask Singer, was hosted by funnyman Joel Dommett, and has seen a range of famous faces on the judging panel, including American actor Ken Jeong, Davina McCall, Rita Ora, Jonathan Ross, and Mo Gilligan, who replaced Ken in 2021.

A variety of celebrities have taken part in the singing competition, revealing their surprising vocal talents, as viewers at home have been left stumped over their true identities.

Former Girls Aloud star Nicola Roberts was the first winner of the UK version of The Masked Singer, storming to victory in 2020 as Queen Bee, beating the likes of Jason Manford and opera queen Katherine Jenkins.

Here, we take a look at what’s happened to the show’s winners and losers…

Nicola was unmasked as Queen Bee
(

The singer managed to keep her identity a secret for seven weeks, and she wowed viewers and the judges with her show stopping performances.

Nicola said she found the experience “so liberating and freeing”, and confessed she actually wanted to perform as an angel or a mermaid.

“My favourite thing to do is to just literally stand and sing, so that was what I was able to do and I just completely run with it,” she told the BBC .

However, just a few weeks after being crowned winner, the world was locked down due to the outbreak of Covid-19, and billions of people were forced to stay in their homes in an effort to stop the spread of the deadly virus.

She was left distraught over Sarah’s sad death
(

And, in August that same year, her Girls Aloud bandmate Sarah Harding announced she had been diagnosed with breast cancer, devastating Nicola.

Sarah sadly passed away in September last year, at the age of 39, and Nicola said her “heart is aching” and “can’t accept that this day has come”.

Plans for the Girls Aloud reunion were put on hold after the sad news, but the singer managed to put on a brave face as she returned to the ITV show as Queen Bee to perform with Robobunny, aka Mark Feehily.

Nicola has also made a step into the acting world, performing in stage productions including City of Angels at the Garrick Theatre, London.

Funnyman Jason was the Hedgehog
(

The comedian was unveiled to be dapper gentleman Hedgehog, and blew everyone away with his impressive vocals.

He secured his place as runner up on the show in 2020, and said it was like being in “MI5” while trying to keep his identity hidden.

“From the moment you leave your house you are in a hoody that says ‘don’t speak to me’, a visor, it’s like MI5, it’s amazing,” Jason joked.

Since finishing in second place, Jason has shed almost four stone in less than six months, after he pledged to get fit following the startling realisation he weighed more than 17 stone.

The dad-of-six told Mirror Online he had been thinking about his weight “every day of my adult life”, and was overjoyed to be feeling much fitter and healthier.

Katherine signed up to the show for her daughter
(

The opera superstar was disguised as Octopus, and wowed the judges with her vocal range, confessing she had agreed to be in the show for her daughter Aaliyah.

“It’s been so fun. In my normal career it can be quite serious and quite static and so to be able to do something where you can create a new character and sing songs you would never in a million years sing, it’s been really really fun,” she said as she was unmasked.

Since finishing in third place, the Welsh mezzo-soprano has been touring around the UK, and is set to be a judge on the upcoming Sky Arts talent show, Anyone Can Sing.

Joss was pregnant while performing as Sausage
(

The soul singer was crowned champion in 2021, beating the likes of Sophie Ellis-Bextor, Mel B, Lenny Henry, Glenn Hoddle and Sue Perkins.

Not only did Joss wow the judges and viewers with her energetic performances while dressed as a giant sausage, she was also heavily pregnant at the time.

“Life can be too serious, we should just dress up as chips and sausage and have a sing song. This has been the funniest, most hilarious job I have ever had. I’ve laughed so much,” she said after winning the ITV show.

Not long after she stormed to victory, Joss gave birth to her daughter Violet – who she shares with boyfriend Cody DaLuz.

Since winning, she’s been back in the studio, and returned on Saturday to be one of the guest judges on The Masked Singer.

Ne-Yo wished he could take the Badger costume home
(

The American singer came in second place last year, dressed as Badger, and stunned the judges with his impressive performance of Miley Cyrus ’ hit Wrecking Ball in the grand final.

“I’ve had so much fun with this. It’s been a great experience,” he told host Joel as he was unmasked.

The Let Me Love You hitmaker said his one “regret” was that he wasn’t able to take the costume back to the States with him, as he thought it would be a great idea for a kids’ party.

“My only real regret is that they never got to see me in the full costume, I know they would’ve loved that,” he said.

Since winning the show, Ne-Yo has become a father once again, as he and wife Crystal Smith welcomed daughter Isabella Rose Smith.

He and Crystal announced in 2020 they were set to divorce, but reconciled and decided to try for a “quarantine baby”, which the singer said would be their “last baby” .

The JLS star finished in third place as Robin, wowing with his incredible vocals and dance routines.

Aston first shot to fame as one quarter of the boyband JLS, who were runners up in the fifth series of The X Factor, and his loyal fans were quick to identify him as Robin when he took to the stage back in 2021.

He said he knew as soon as he sang Justin Timberlake’s hit can’t Stop The Feeling that his vocals would be recognised instantly.

“That’s where my voice sits normally if you hear it radio wise, so that was a giveaway. It’s very much me that song,” he told Radio Times .

Aston, who previously competed on Strictly Come Dancing, also appeared as a judge on the Irish talent show The Big Deal, and was hired to serve as a judge on The Masked Singer UK tour.

Viewers were delighted to see him back on the ITV show on Saturday, as she performed a duet with Charlotte Church’s Mushroom in the final.