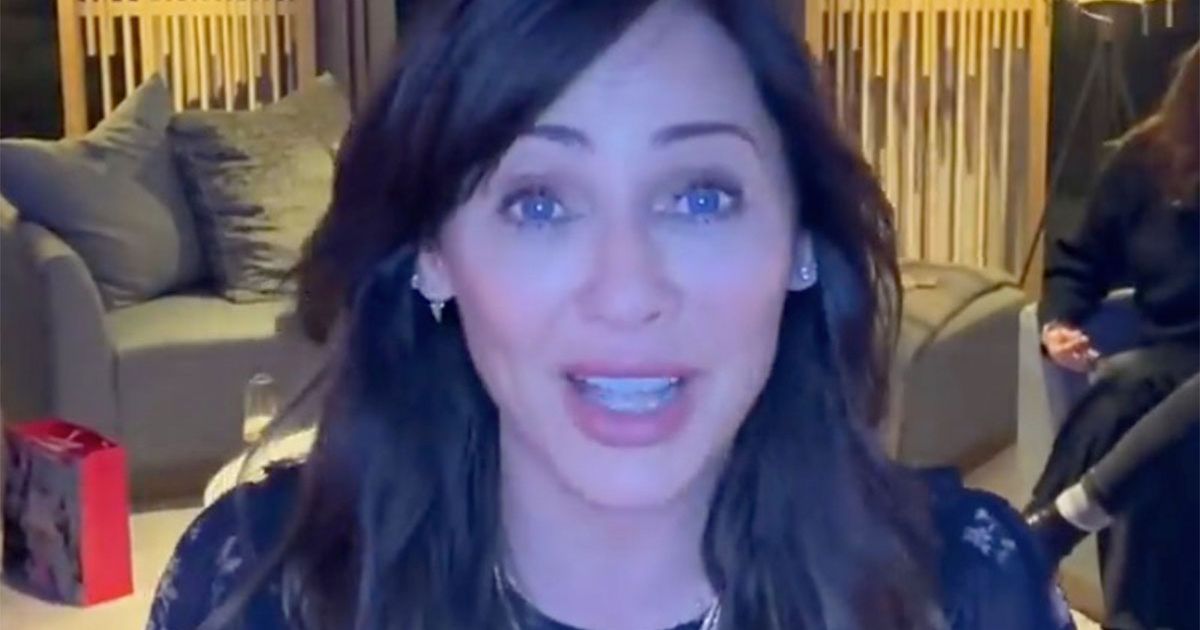 Natalie Imbruglia has apologised for “lying” while keeping her Masked Singer identity secret, after she was unveiled as Panda on Saturday and won the ITV competition.

The 47-year-old was unmasked under the fluffy costume in the grand finale of the show on Saturday, piping Charlotte Church’s Mushroom and Mark Feehily’s Robobunny to the post.

Panda, Mushroom and Robobunny were the three finalists going into the Saturday show and battled it out by wowing the judges and audience with their performances.

Robobunny took bronze and came in third place to be unmasked as Westlife’s Mark Feehily, leaving the 2022 title down to Panda and Mushroom – with Natalie’s Panda winning the show.

The former Neighbours actress took to Instagram to offer fans a sneak peek of her celebrations after the pre-recorded last episode aired on ITV.

The former Neighbours offered fans a sneak peek of her celebrations
(

Natalie was unveiled as Panda on Saturday and won the ITV competition.
(

Holding a set of blue balloons, with a table of drinks behind her and friends chatting nearby, Natalie said: “The cat’s out of the bag, or should I say Panda. Yes, it’s me.”

She continued: “I’m so happy I can tell everyone now. Thank you to everybody who worked on the show and helped me get it and out of that costume.

“To everybody I’ve lied to, I’m really sorry but I had to.”

Panda gave final performances of Blank Space by Taylor Swift and One Direction’s Story of My Life to a rapt audience in the studio.

The competition finale saw the return of last year’s winner Joss Stone, who was unmasked as Sausage in 2021.

A name in the rumour mill was the singer and Neighbours actress Natalie Imbruglia herself.
(

Joss joined the judging panel alongside Jonathan Ross, Mo Gilligan, Rita Ora and Davina McCall – all of whom were left gobsmacked when Panda took off their mask to reveal their true identity.

Natalie added: “Anyone who wants to hear a bit more Panda, we’re streaming Story of My Life. You can check it out and listen to that now. Thank you so much – we did it!”

The 47-year-old songstress told PA she decided to enter the competition because of her son, Max Valentine, who she gave birth to in 2019 and conceived through IVF with a sperm donor.

She said: “I did it for my son. He loves the character I chose. I also thought it would be fun to sing with a mask on. No need to spend hours in hair and make-up.

Panda, Mushroom and Robobunny were the three finalists going into the Saturday show
(

“I liked the idea of hiding my identity and putting on an accent to throw people off the scent. I guess it’s also an acting gig.”

“I chose a character I could humanise and that I could dance in,” she added.

Natalie admitted that she was initially “terrified” performing on The Masked Singer stage and said she can’t remember the first two performances.

She said: “I thought the mask would make me feel more confident but it took a while to get used to.

“Your voice is booming back at you so that is strange at first. By the third performance I was loving it.

“You sweat a lot too so that made me feel better about eating all the treats in the dressing room.”