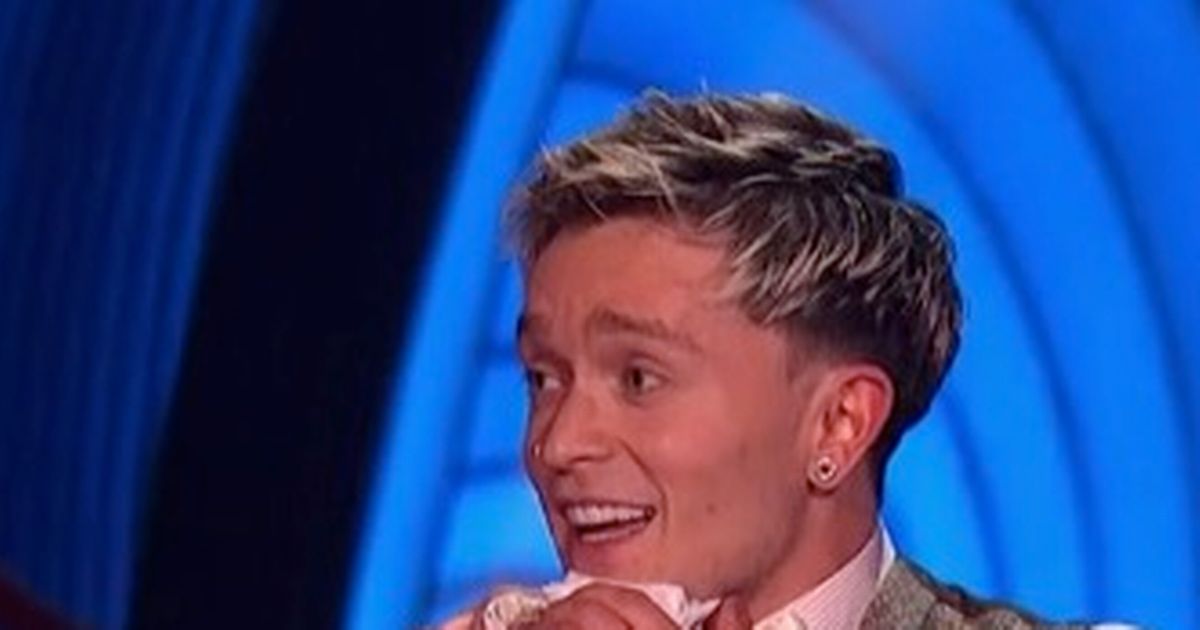 Connor Ball recently made headlines when he split his chin open on Dancing on Ice and needed stitches – but it’s not the first time he’s had a horror fall on stage, after his “life flashed before his eyes” during a mishap at the O2

Earlier this week, singer Anne-Marie went viral when she slipped backwards and almost completely fell over during her performance at the BRITs.

The star styled it out well, continuing to sing with minimal disruption and later jokily tweeting “didn’t need my left ankle anyway”.

But she was in good company – Madonna also fell over during the BRITs in 2015 when her cape got caught and dragged her down on to her back with a thump.

Dancing on Ice star Connor Ball, who is paired with Alexandra Schauman, knows exactly how this feels, too.

He famously took a tumble while performing on stage at the O2 when his band The Vamps supported Taylor Swift on tour.

Connor’s band The Vamps toured with Taylor Swift in 2014

The 25-year-old was walking up and down the stage walkway when he misjudged the length of some boards in front of him, and plunged off the stage, holding his guitar.

“My life flashed before my eyes when it happened but I’m okay now!” the bass guitarist told Metro.

“One minute I was up on stage then I was lying down looking at the ceiling, but I’m back and ready for playing tonight.”

Connor was rushed to hospital for an X-ray and was terrified he’d broken his wrist, but luckily it was only sprained – still a painful injury but one with a shorter healing time.

A fan posted a video of the moment Connor hit the deck on Instagram.

Connor walked off the end of the stage accidentally
(

“I’m still laughing with this. Poor Connor!” added another.

Poor Connor has had more bad luck recently after he took another tumble during Dancing on Ice training.

The star needed five stitches in his chin last Sunday, just moments before he was supposed to be performing – meaning frantic producers were forced to rearrange the order in which the celebrities skated.

Connor was seen by medical professionals but still decided to go out and skate later that evening.

During his performance, Connor’s stitches opened and he stood holding a tissue over his face to stem the bleeding while he received his critique.

Judge Christopher Dean admitted a similar thing had happened to him in the past, and told him: “Welcome to the club,” as he showed off his own scar.

Host Stephen Mulhern assured viewers at home that Connor would be seen by a paramedic as soon as he stepped off the ice.

It wasn’t the first injury the show has seen this year.

Earlier in the series, Rachel Stevens injured her wrist in a fall during training and was forced to miss the first week of the show.

“I actually wasn’t with Brendyn at the time of the fall,” she told The Mirror and other press.

“I was with my coach a couple of weeks before Christmas. I fell quite a few times, obviously as you do – you’re trying to push yourself out of your comfort zone.

“And I just fell and it hurt and obviously I didn’t know what I’d done.”

* Dancing on Ice continues on Sunday at 6pm on ITV