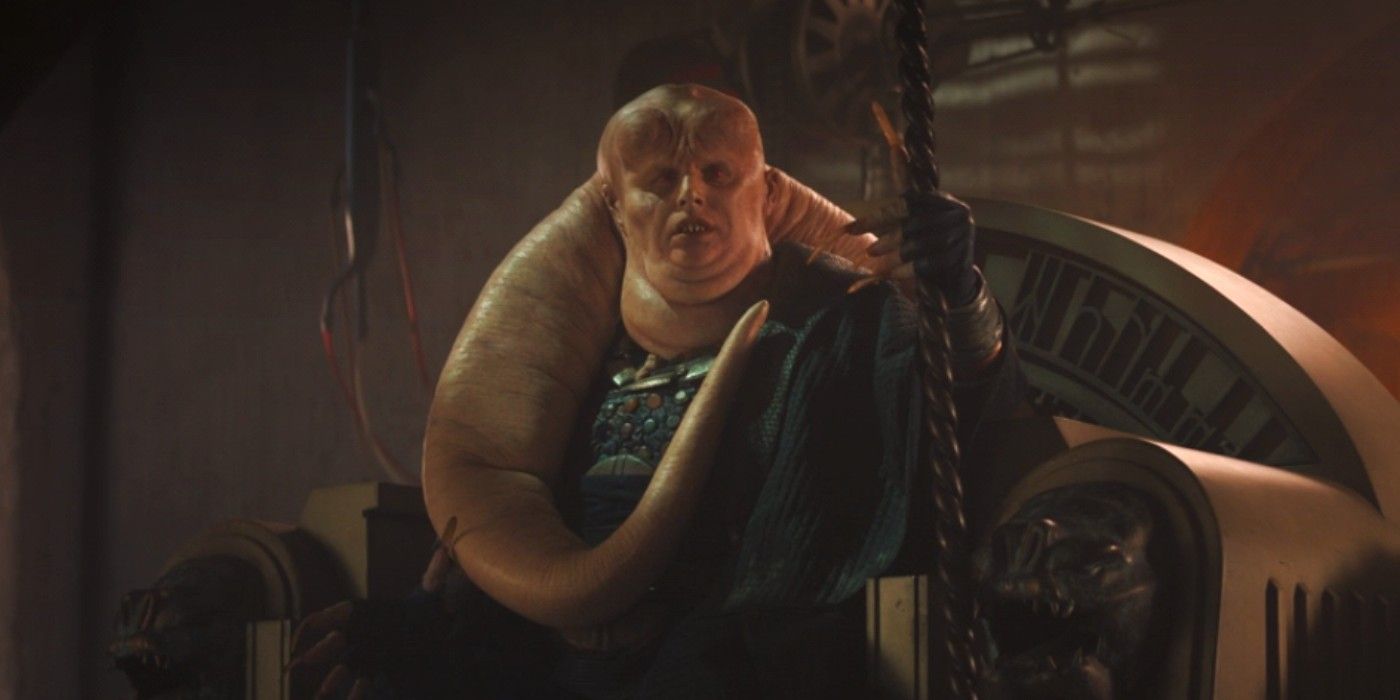 Matthew Wood, who played Bib Fortuna in the prequels, celebrates his return as the character in The Mandalorian season 2 finale. The character was first introduced, played by Michael Carter and voiced by Erik Bauersfeld, in Star Wars: The Return of the Jedi. Fortuna is gangster Jabba the Hutt’s right-hand man, providing translation services, among other things. Wood, a sound editor and regular voice actor across various Star Wars productions, had a silent cameo as Fortuna in Star Wars: Episode I – The Phantom Menace, appearing alongside Jabba in the podracing sequence.

Wood has been a supervising sound editor on most of the Star Wars shows and movies in the two decades since the prequel was released, in addition to work on other franchises, including the Marvel Cinematic Universe TV show WandaVision. He fulfils that role on The Mandalorian and so it made sense for him to once again put on the makeup as a fatter version of Bib Fortuna for the season 2 finale’s post-credits scene introducing The Book of Boba Fett spinoff show. He also provided Fortuna’s voice, representing the first time the character’s voice has been provided by the same actor seen on screen.

Now, Wood has celebrated his brief return to the role in a tweet. Wood’s tweet jokes that it was a “blast” to put on the lekku to play Fortuna again, 20 years after he first did so. The post also makes reference to the character’s long history with Boba Fett, and Wood’s own love of the character going back to collecting Kenner Star Wars figurines as a child, proving he didn’t take the role too seriously. You can see the tweet below:

Wood’s appearance as Fortuna was one of many surprise cameos in The Mandalorian season 2 finale, including the return of Luke Skywalker. Despite getting killed off almost as soon as he appears on-screen, there is speculation The Book of Boba Fett might include more scenes featuring Fortuna. That could either be because the scene shown will take place further into the series than audiences have been led to believe, or because the show might feature flashbacks. Either way, it could mean Wood gets to return as the character once again.

If not, though, he’s still clearly proud of the on-screen role he’s played in the Star Wars universe, being one of the few characters to link the prequels, original trilogy and now The Mandalorian. Whether he turns up in the Boba Fett spinoff, or even one of the many other live-action shows, remains to be seen, but even just appearing in the finale should be enough to satisfy fans.