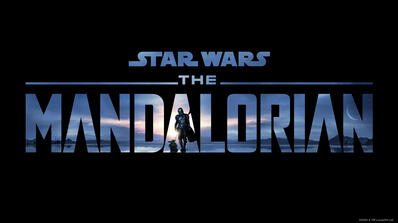 We knew people loved the live-action Star Wars series The Mandalorian, but we were pleasantly surprised when the Disney+ show was nominated for a whopping 15 Emmys for its first season. And after a thrilling season-ender that revealed not just Mando’s (Pedro Pascal) real name (it’s Din Djarin), but also the fact he was rescued as a child by blue-armored Mandalorians after the death of his parents, we can’t wait to find out what happens in Season 2.

Luckily, we already know a bit about what to expect when the show returns — and the premiere date is just around the corner. Here’s everything we know about Season 2 of The Mandalorian.

Season 2 is coming in late October. Disney+ renewed the live-action Star Wars series before the first season had even premiered. The Mandalorian creator Jon Favreau revealed months before the show’s debut that he was already writing Season 2. Since the show was able to wrap Season 2 right before Disney began shutting down its various productions, it was one of the few Disney+ shows that wasn’t delayed as a result of the coronavirus pandemic. And we finally know when the new season will drop: Mark your calendars for Friday, Oct. 30!

The first trailer teases a long journey ahead. Disney+ revealed the first trailer for The Mandalorian Season 2 in September, and it appears that Din (or should we still call him Mando?) is in for a very long and perilous journey as he attempts to reunite The Child with the Jedi who might be able to keep it safe. As he notes, “This is the way.”

A previous teaser indicated that we may see a new character. Last December, Favreau teased the new season with a look at a model of a creature, the green-skinned, pig-like Gamorrean, which appeared in Return of the Jedi and who will presumably play a role in Season 2.

Season 2 will focus on The Child, aka Baby Yoda, and where he comes from. Halfway through the finale, the Armorer (Emily Swallow) revealed to Din that he must take on the father figure role for Baby Yoda and train him, much as he was trained by the Mandalorians who found him all those years ago, until he finds the adorable little guy’s species or he comes of age. At the end of the episode, Din turned down Greef Carga’s (Carl Weathers) offer to rejoin the Bounty Hunters’ Guild and revealed he was going to try to figure out where Baby Yoda comes from, thus setting up a season that will hopefully shed some light on a species we know very little about so far.

Moff Gideon will be back. Although Din thought he destroyed Gideon (Giancarlo Esposito) when his TIE fighter crashed, the end of the finale revealed he actually survived — and that’s not all. He has in his possession a black-bladed lightsaber, known as the Darksaber, which was built by Tarre Vizsla, a Mandalorian and Jedi. It’s unclear how he came to be in possession of the Darksaber, but portrayer Giancarlo Esposito confirmed to Deadline in July that we will find out a lot more about the saber itself and how it’s connected to Gideon in Season 2. “You’ll see more of the Darksaber. You’ll get the explanation of this ancient weapon to the modern world, a collapsed world,” he said. “Where did this saber come from and how was it revived? It’s a key in our second season.”

“(The Darksaber) is a key to Moff Gideon’s past,” he added, “which possibly has a lot to do with where he comes from and his desire to build a planet and bring it back together.”

Boba Fett is making his long-awaited return. Temuera Morrison, who played Jango Fett in Attack of the Clones, will appear in Season 2 in the role of Boba Fett, the famed bounty hunter introduced in The Empire Strikes Back.

Rosario Dawson is joining the cast as Ahsoka Tano. The fan-favorite Star Wars character is making her live-action debut in the second season. Previously, she was voiced by Ashley Eckstein in the animated series Star Wars: The Clone Wars and has appeared in Star Wars Rebels as well.

Katee Sackhoff will play Bo-Katan Kryze. After previously voicing the Mandalorian warrior in The Clone Wars and Star Wars Rebels, Sackhoff will next play the live-action version in Season 2 of The Mandalorian, according to /Film. There are no further details at this time, but perhaps this is tied into the explanation of how Moff Gideon ended up with the Darksaber?

The rest of the cast is shaping up too. According to Making Star Wars and /Film, Michael Biehn (Aliens, Terminator) has been cast in Season 2 as a bounty hunter from Mando’s past. It remains to be seen whether that is a good or a bad thing. Meanwhile, Justified star Timothy Olyphant has joined the cast in an undisclosed role, according to The Hollywood Reporter. WWE star Sasha Banks will also appear in Season 2, and she makes a cameo in the trailer.

Robert Rodriguez and Peyton Reed are among the directors. Season 2 continues the trend of putting notable people in the directors’ chair. In addition to Favreau, Dave Filoni, and Bryce Dallas Howard (who also helmed an episode in Season 1), Robert Rodriguez (Alita: Battle Angel) and Peyton Reed (Ant-Man) are also headed to a galaxy far, far away. Meanwhile, star Carl Weathers and Rick Famuyiwa (Confirmation) will also step behind the camera.

I am truly humbled to say I have now had the very rare privilege of directing the biggest star in the universe. @StarWars #TheMandalorian #MayThe4th #StarWarsDay pic.twitter.com/pcmzOHfgaW