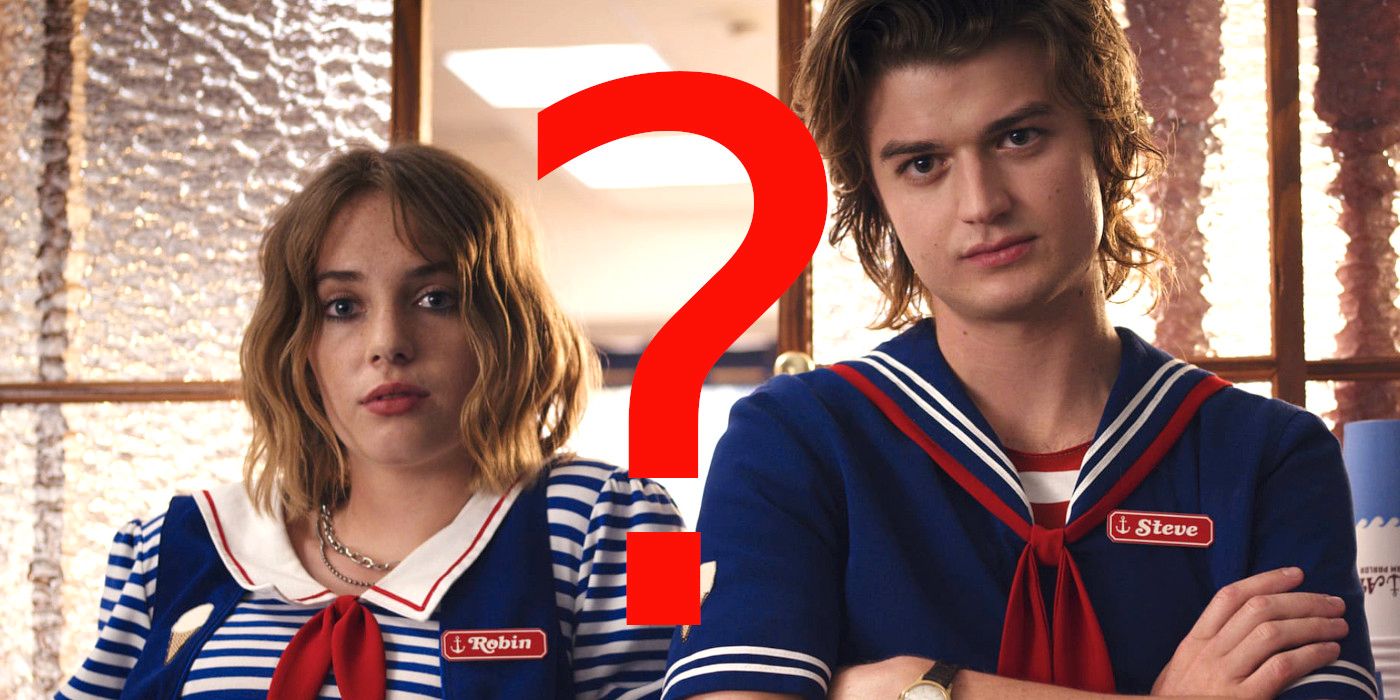 Stranger Things season 4 set photos reveal the new character played by Levon Thurman-Hawke. Soon after arriving on Netflix in 2016, the sci-fi show set in a small Indiana town in the 1980s became a certified pop culture phenomenon, vaulting several of its cast members to stardom along the way.

After season 1 introduced the basic Stranger Things formula of kids banding together to battle mysterious monsters from another dimension (with a little help from local adults), seasons 2 and 3 largely delivered more of the same, with a few important tweaks to keep things relatively fresh. Season 3 indeed ended on something of an uncharacteristically tragic note as David Harbour’s beloved character Chief Hopper seemed to die, but thankfully it’s already been revealed that Hopper is back for season 4 (though he appears to be in some trouble). Of the new characters introduced in season 3, by far the most popular was Maya Hawke’s Robin, who struck up a touching friendship with long-time regular character Steve Harrington (Joe Keery) as they worked together at an ice cream shop in the show’s ’80s-appropriate Starcourt Mall setting.

After one member of the Hawke family arrived in the monster-plagued town of Hawkins in season 3, a second family member is climbing aboard the Stranger Things train for season 4. Maya’s brother Levon has indeed been added to the season 4 cast and there are already some leaked images of him from the set. See Thurman-Hawke filming at the video store for season 4 in the space below (via Best of Stranger Things):

Details about Thurman-Hawke’s character have not yet been revealed, but the photos above show that he is definitely into the punk rock/New Wave look that was popular with kids in the 1980s (the mask of course is more of a 2020 accessory). The video store setting Thurman-Hawke is seen working at appears to figure heavily into season 4, as previous pictures were already leaked showing multiple Stranger Things cast members at the same location. Given the show’s 1980s-era action, a video store is a natural place for the characters to congregate, just as Starcourt Mall was a fairly obvious place to set much of the action in season 3. It remains to be seen if the video store hides any secret Russian bases however.

Very little has thus far been teased about what exactly is set to happen in season 4, and these newly revealed images certainly don’t spoil anything themselves. As for the punk-looking character played by Thurman-Hawke, it’s not known if he’s a major player in season 4 or just breezes in for a quick appearance. It’s of course always possible that Thurman-Hawke is playing Robin’s brother, which would be an interesting development as nothing was really revealed about her family situation in season 3. It’s not yet known how long fans will have to wait for answers to all their Stranger Things season 4 questions, as no premiere date has yet been announced, though some episode titles were recently revealed (so at least that’s something).