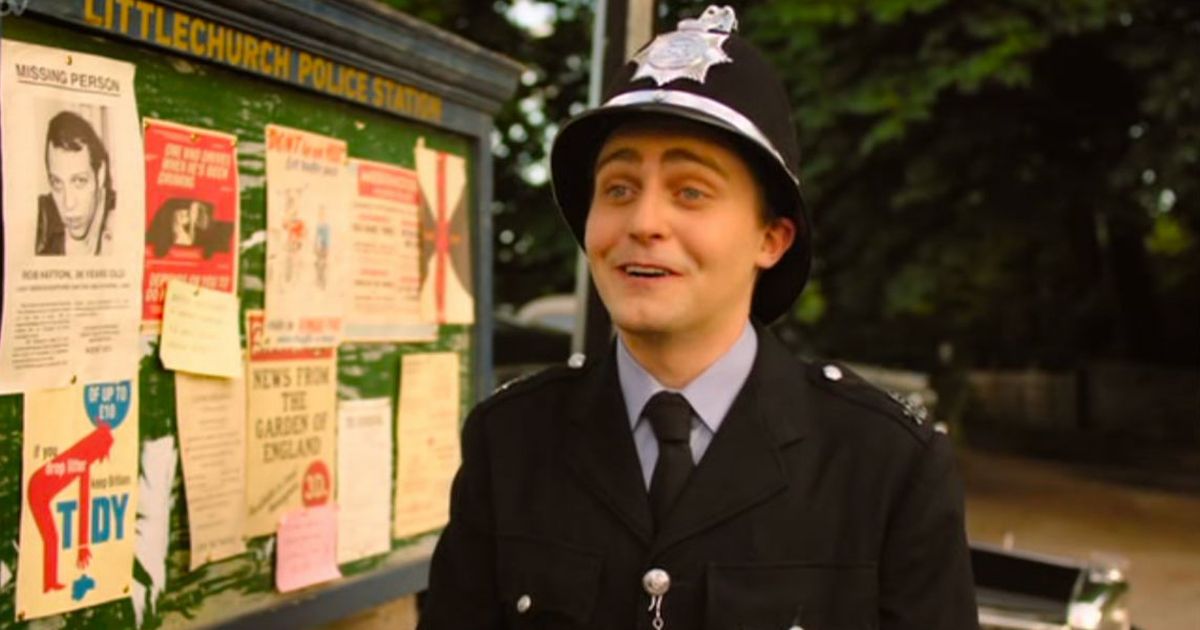 ITV’s The Larkins is based on the classic television series The Darling Buds of May, and stars Bradley Walsh and his real-life son Barney

Barney Walsh stars as a police officer in The Larkins reboot

The Larkins viewers were left questioning something during the first episode of the new series on Sunday night.

ITV viewers immediately recognised a character around mid-way through the show, which is based on the classic television series The Darling Buds of May.

Bradley Walsh stars alongside cast including Joanna Scanlan, in the new six-part series set in the late 1950s.

Set in the idyllic Kent countryside, The Larkins follows a working-class family, The Larkins, with wheeler dealer Pop and his wife leading the way.

But as the episode got underway on Sunday night, fans spotted a familiar face that they didn’t know would be on the show.

In one scene, Mariette Larkin and sister Primrose sought the help of a police officer as they tried to track down a young man Primrose had her eyes on.

As the officer spoke to the sisters, fans were quick to realise where they might have seen the actor playing him before.

Taking to Twitter, many began asking if it was in fact Barney Walsh, who is the real-life son of Bradley.

Bradley Walsh stars alongside cast including Joanna Scanlan, in the new six-part series
(

They would be correct too, with Barney playing the officer in the scene – while it was recently reported he could make an appearance alongside his father.

One viewer tweeted: “Didn’t realise Barney was also in this. Father and Son working together again.”

Another said: “Nice appearance from Barney Walsh in tonight’s #TheLarkins.”

Bradley pictured with his son Barney
(

This was echoed by another comment that read: “Fab to see Barney in this too.”

This isn’t the first time Bradley and son Barney have starred alongside each other of course, with them filming their own TV series together called Breaking Dad.

The father and son duo are seen tackling all sorts of adventures and activities on the show, as they travel the world together.

The Larkins airs Sundays at 8pm on ITV, and is available on ITV Hub.