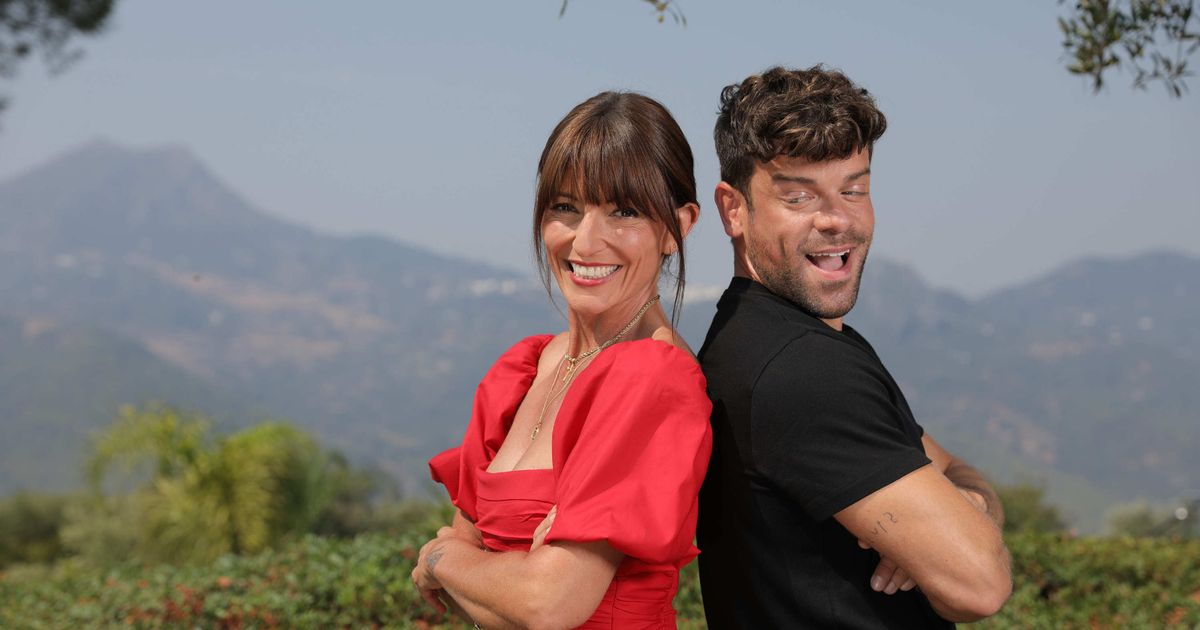 The Language of Love official trailer from Channel 4

Presenter Ricky Merino has told that working with Davina McCall on The Language of Love has resulted in them becoming ‘close friends.’

The 35-year-old Spanish presenter is well-known in his native country but his presenting gig on the new channel 4 series is the first time he has bagged a high-profile UK TV job.

And Ricky has revealed that working alongside telly favourite Davina, 54, has been great due to them sharing the “very same sense of humour.”

Speaking on being paired up with the British host on the dating series – which sees six Brits and six Spaniards put together on an idyllic farm to find out if they can find love without being able to speak the other person’s language – he teased that it was “love at first sight” when he met Big Brother’s Davina.

Ricky told The Sun: “It was a risk for the channel because they like me and they like Davina but they didn’t know how we were going to work – like is there going to be chemistry?

Ricky Merino hosts The Langauge of Love with Davina McCall
(

“And it was love at first sight, because we have the very same sense of humour, the same references.

“We have become close friends for real, because we are the same mad people.”

He also gushed that it was “a dream come true” to be able to work with Davina after watching her front several huge shows when he was a teenager.

Davina seems to be on the same wavelength, as speaking about Ricky before The Language of Love began she lavished praise on him.

She gushed: “I love him so much! Anybody who works in television will know that double headers – presenting with somebody else – are so luck of the draw.

The Spanish TV star says he and Davina have great ‘chemistry’
(

“You’ve either got chemistry with someone or you haven’t. I obviously had looked at Ricky’s Instagram page before and thought ‘He is fabulous, he has an amazing singing voice, he’s very glamourous – he’s exactly my type of guy’, but you never know until you meet someone in the flesh and OH. MY. GOD. We had the best laugh!

“I have never laughed so much. He is so lovely.”

*The Language of Love airs on Channel 4 on Tuesdays at 10pm.