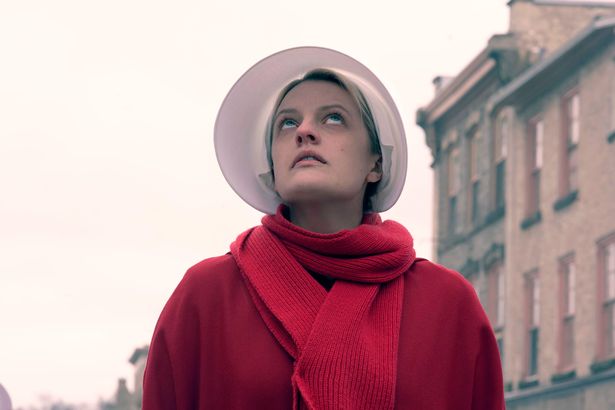 Channel 4 have confirmed that the fourth season of The Handmaid’s Tale will air later this year.

Golden Globe winner Elisabeth Moss will reprise her role as June Osborne, who chose to return to the patriarchal regime of Gilead to rescue her daughter Hannah at the end of season three.

The fourth season will also see the return of Joseph Fiennes as Commander Fred Waterford, Yvonne Strahovski as his wife Serena Joy, and Alexis Bledel as Emily Malek.

Fans of the show – which is based on the book by Margaret Atwood – were left gutted when filming for season four was delayed last year due to the coronavirus pandemic.

In a tweet on Hulu’s official Twitter account featuring the cast, Elisabeth said: “Actually I have a couple of the [season four] scripts right here… and I’m also thrilled to announce we have been picked up for season five.

“It’s my privilege and honour to tell this story… It’s going to be a wild ride.”

It came after the US actress previously revealed season four had plenty of “surprises” for where the show and her character June would end up.

She told The Times back in October 2020: “We don’t want to keep doing the same thing. You can’t just keep June in this place where she’s tortured all the time. It’s boring.”

The Handmaid’s Tale season four will air on Channel 4 in the UK later this year and Hulu in the US. Seasons 1-3 will be available on All4 ahead of the season four launch.