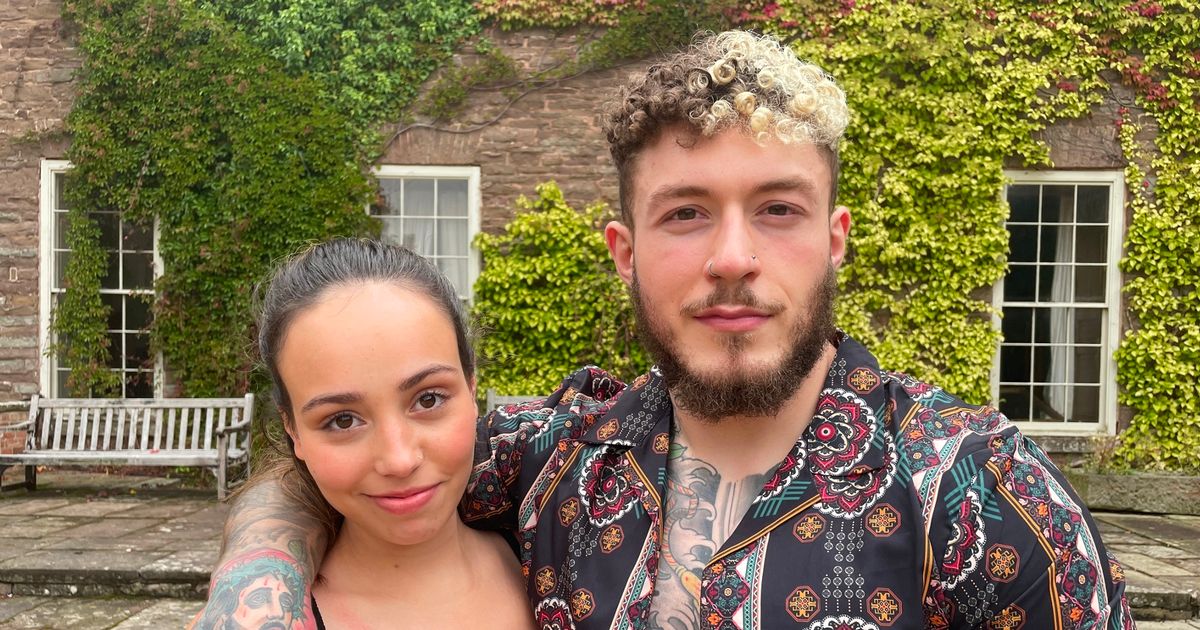 Nathan and Mady didn’t know what to expect when they said yes to Open House: The Great Sex Experiment but after it nearly ripped them apart, they’re now on an app chasing more threesomes

The Channel 4 show gives lovebirds the chance to open up their relationships to new sexual experiences and to see if relationships can survive while being sexually involved with other people.

Committed couples head to a luxury retreat to explore whether having open relationships and sex with other people can strengthen their bond.

But Nathan released he couldn’t handle the idea of a steamy three-way – and it nearly pulled them apart.

But things changed and since the show ended.

The pair have joined an online dating app looking for a third person and say they are “stronger than ever”.

After meeting Precious at a social on the get-away where the experiment is taking place, they invited her to stay the night in their bedroom.

But he did not enjoy the experience.

He felt left out and like a “spare part” and when Nathan did not want to get involved, Mady said to Precious: “It is a shame we can’t go off and leave him to sleep.”

Nathan told Mady: “You’ve made my first experience a bad one. You purposely made me feel like a spare part. Your biggest fear about being the odd one out, you’ve put that on to me.” causing Mady to leave the bedroom crying.

The next morning things were still very tense between the couple leaving Mady in tears again as Nathan told her he didn’t know if the relationship was right for him anymore.

After speaking to Dr Lori, the relationships expert at the experiment, both agreed to talk more openly about their feelings and make sure that everyone feels involved.

Mady said: “I feel so bad, we were so focussed on my jealousy, how I was going to think, we didn’t really take the time to think about how you would feel.”

Open House: The Great Sex Experiment airs on Fridays at 10pm on Channel 4