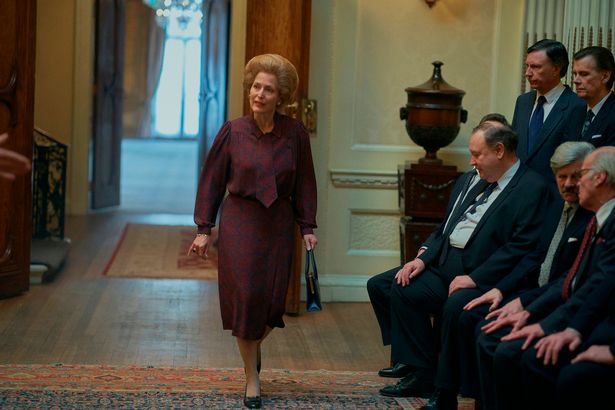 The Crown star Gillian Anderson has opened up about undergoing a complete transformation to play late Prime Minister Margaret Thatcher.

Gillian, 52, has revealed she had to wear a fat suit to to get into character as Thatcher in the fourth series of the Netflix show, which drops on the streaming service this weekend.

She also opened about how she had to learn Thatcher’s “very particular way of walking” and loved to see the costume come together with her performance.

Speaking to OK! magazine, Gillian said: “I wear a fat suit and she has a very particular way of walking.

“Ultimately, her voice is as quintessential as her wig.”

The new series of The Crown will explore Thatcher’s frosty relationship with the Queen, who is played by Olivia Colman.

We will also be introduced to Princess Diana as the show explores the start of her relationship with Prince Charles.