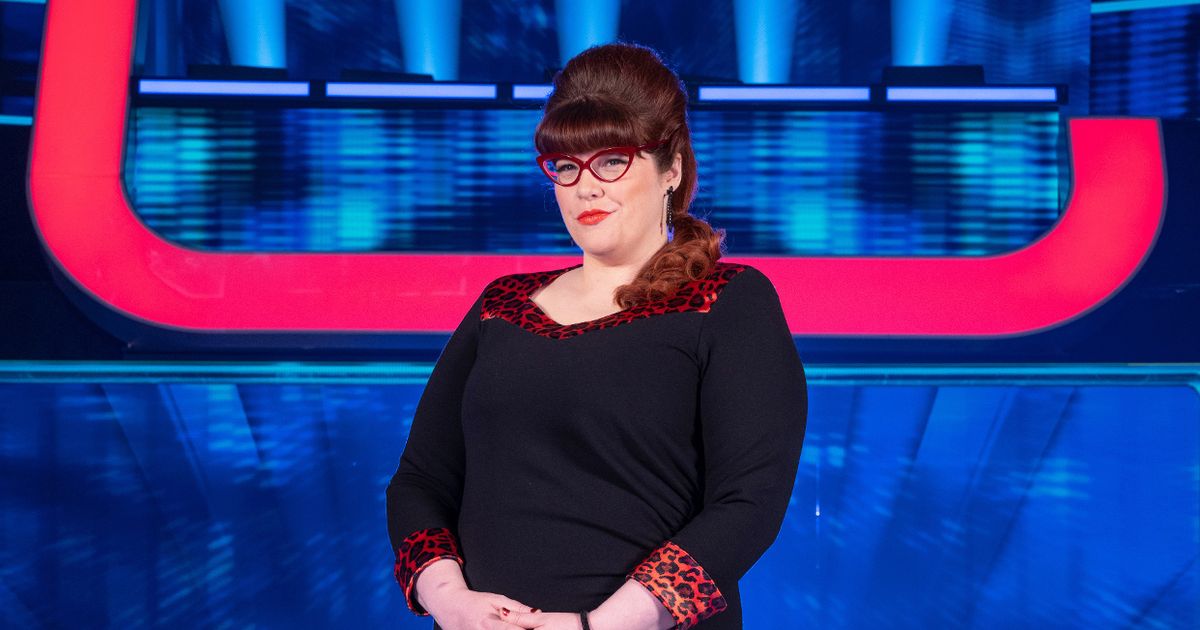 The Chase’s Jenny ‘The Vixen’ Ryan has proved that she’s both beauty and brains as she got all dolled up for a night out in London on Wednesday.

The ITV star, 39, who is best known as The Vixen on the quiz show ditched her serious demeanor as she let her hair down on a fun night out in the capital as she enjoyed an evening at the West End.

Jenny took to her Instagram stories to gush over her favourite show, Cinderella.

The new stage adaption is written by Call the Midwife Emerald Fennell and judging by Jenny’s gushing post, it went down a treat with audiences.

However, it wasn’t Jenny’s thoughts on the stage show that caught the attention of her followers.

Jenny looked miles away from her Chase alter-ego
(

Instead, it was her glamorous appearance as she donned her glad rags and debuted a face-full of perfected make-up for the fun night out on the town.

Jenny shared the gorgeous snap with her 53k followers as she posed up a storm outside of the theatre.

The TV star looked worlds apart from her television show alter-ego ‘The Vixen’ as the quiz wizard ditched her up-do hairstyle and famous cat-eye glasses.

Jenny looked gorgeous on her glam night out
(

She let her fiery locks down as they cascaded in loose waves down past her shoulders.

Elsewhere, Jenny’s striking eyeliner demanded attention as she stood in front of the bright theatre lights with a playful expression across her face.

While she’s usually seen in dark clothes on The Chase, Jenny opted for a colourful ensemble for her night out in London as she sported a cream and mustard collared shirt.

She finished off the look with some glistening accessories including a pair of dangling silver cross earrings and a slick of red lipstick.

Jenny Ryan joined the cast of ITV’s The Chase in September 2015.