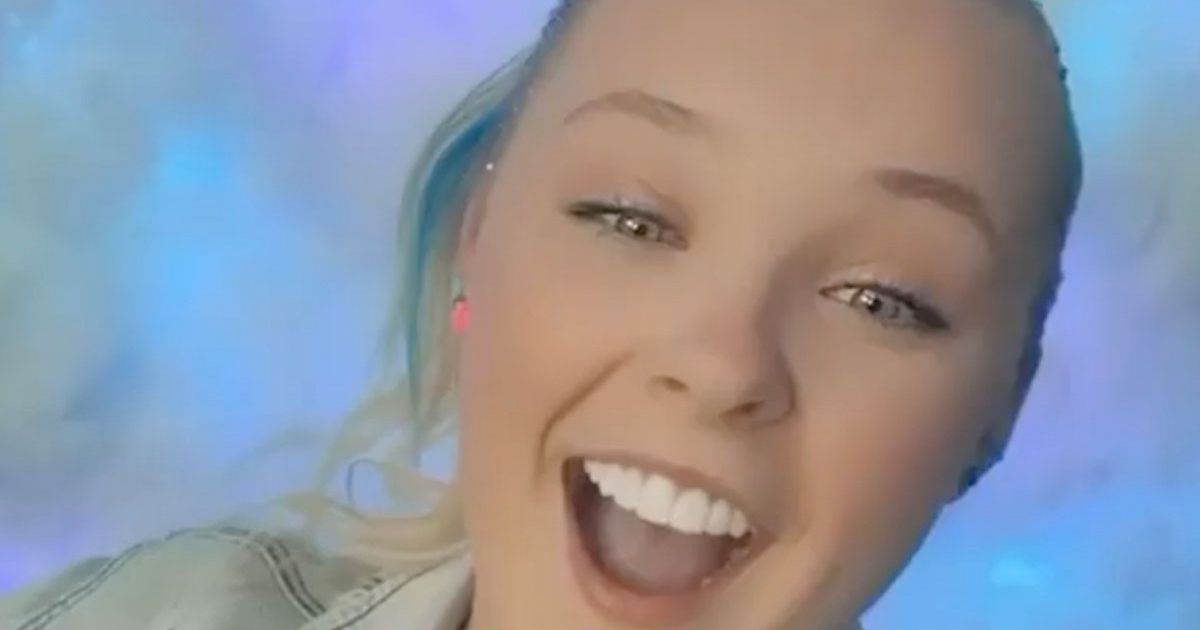 JoJo Siwa, 18, told how she she was looking forward to dancing with a girl on Dancing with the Stars, in a clip shared on her Twitter account. It will be the first time a same-sex partnership has featured on the show

Social media influencer JoJo Siwa will make history on Dancing with the Stars by performing with a female professional dancer – the first time a same-sex partnership has performed together on the show.

Siwa, 18, told how she she was looking forward to dancing with a girl on the US dance show in a clip shared on her Twitter account.

The actress said: “I am so excited to be apart of this year’s Dancing with the Stars Season 30 and to be dancing with a girl … I think it’s so cool.

For her Twitter outing, Siwa, real name is Joelle Joanie Siwa, donned a tie-died purple top and bright blue jacket and wore her bright blonde hair slicked back into a signature high ponytail.

Siwa, 18, told how she she was looking forward to dancing with a girl on the US dance show in a clip shared on her Twitter account

Discussing her same-sex dance partnership, she told Variety : “It’s really special that not only now do I get to share with the world that you get to love who you want to love, but also you get a dance with whom you want to dance.

“There’s a lot of barriers that we’re going to have to break through — who leads, how do you dress, what shoes do you wear? But I think it’s all something that I’m looking forward to. It’s going to be tricky, but it’s going to give so much to people out there — people of the LGBTQ community, people who feel just a little different. It’s going to give them a sense of happiness.”

The show’s Twitter also announced the big news that the teenager will be featuring on the show.

It wrote: “Bring on the sequins and the sparkles. We’re SIWA excited for this!”

JoJo starred on Abby Lee Miller’s Dance Moms with her mother, Jessalynn, who is a professional dance instructor,and has competed on Season three of The Masked Singer.

Siwa will feature alongside Olympic gold medalist gymnast Suni Lee on the show, which pairs celebrities with professional dancers.

Lee told of her excitement about taking part in a Twitter clip.

She said: “I’m so excited to be joining Season 30 of Dancing with the Stars,’ she said. ‘See you on the dance floor!”

Lee picked up three medals at the Olympics, including gold in women’s all-around, silver in the team final and bronze in uneven bars.