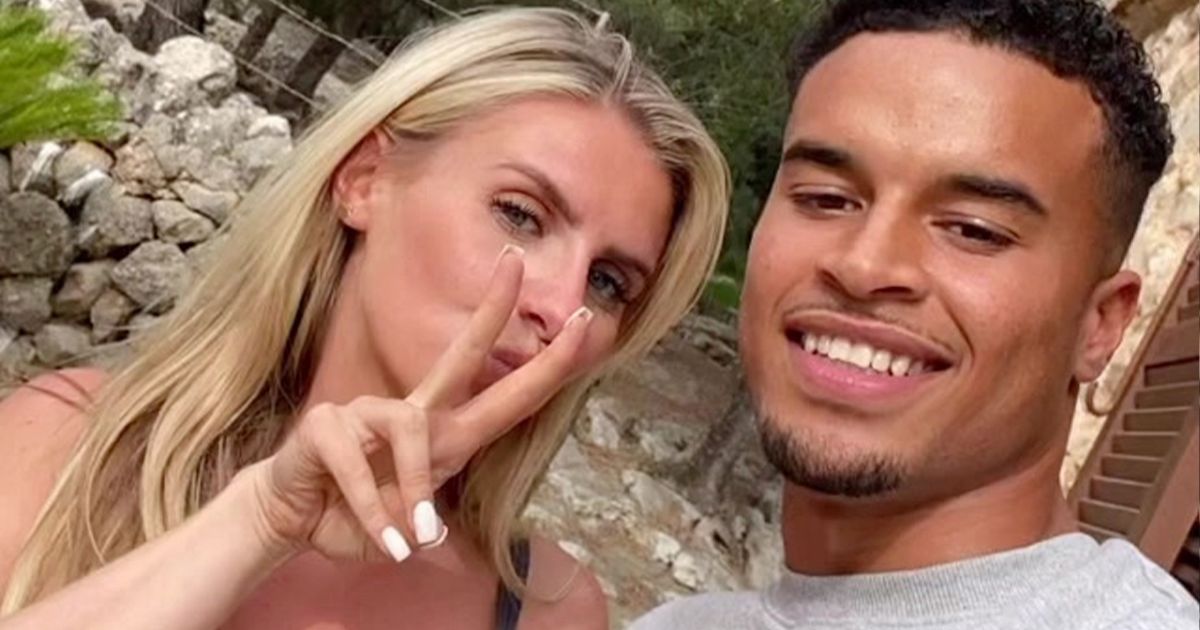 After spending the summer in skimpy swimwear, Chloe Burrows and Toby Aromolaran were seen covering up upon their return to social media. The couple came runners up on Monday night’s Love Island final

After enjoying two month’s of sun in the iconic Spanish villa, this year’s Love Island contestants have returned home and swapped swimming trucks for sweat pants as they adjust to a cooler climate.

Normally used to seeing Chloe Burrows and Toby Aromolaran scantily clad in bikinis and swim shorts, fans of the series seven runners up were surprised to see the pair’s new vibe on social media.

Taking to social media on Wednesday, 22-year-old Toby shared a couple of snaps of himself with his first ever girlfriend sporting super casual attire.

Dressed head-to-toe in a grey tracksuit, the semi-professional footballer looked drastically different from the topless Toby viewers are used to seeing on screen.

In a cute gesture, the star also added the word ‘girlfriend’ as the location for his snaps with his 25-year-old beau.

Fans were quick to comment on the Hashtag United player’s sweet public display of affection.

“you guys are perfect,” one follower wrote underneath the star’s post, with another adding: “my actual favourites pls.”

Some fans of the couple even took to Reddit to chat about the Love Island finalists swapping skimpy swimwear for comfortable casual clothes.

“It must feel so weird for them to be wearing proper clothes in the daytime,” one poster commented on their new wardrobe choices.

Another agreed, writing: “It’s always so weird to see them in their normal clothing as well.”

A third added: “I was gonna say they look different lol.”

Chloe clearly approved of her boyfriend’s choice of snaps – stealing one to repost on her own social media accounts.

“First date at the play area x,” the star began her caption of the snap of her and Toby besides an airport play area.

“Thank you everyone so so so so so much for all your messages and support it’s crazyyy!!”

Former villa housemate Sharon Gaffka quipped “Question is, who’s pushing who on the swing?” underneath the humorous Instagram post.

One follower commented on the pair’s playful nature, writing: “Omg the caption. I just wanted to see you guys win and spend your money on candy! That teenage butterfly romance we love to see the giddiness!”

The social media posts from this year’s Love Island finalists come as the stars were reunited with their phones following Monday night’s final.

With some of the islanders having appeared on the ITV2 show since early on in the season, many haven’t been able to communicate with any of their loved ones or see what’s happening online.

Following the conclusion of the series earlier this week, the former islanders are all back online and taking back control of their own Instagram profiles.

As family and friends posted on their behalf while they enjoyed a stay in the villa, the stars are now busy posting their own tweets and Instagram posts and letting their fans know what they’ve been up to.