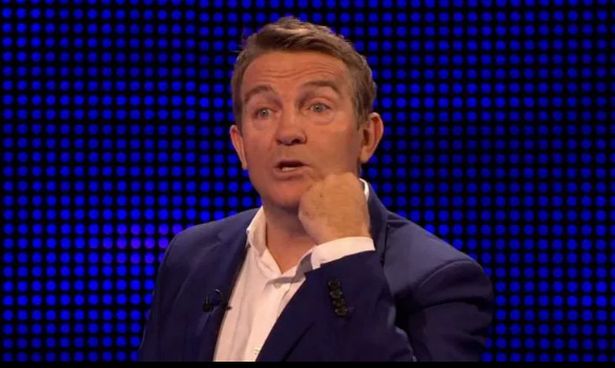 The Chase presenter Bradley Walsh was shocked this week, when a contestant revealed she had retired from her teaching career.

His surprise came as he believed she was “very young” to be in retirement, after she confirmed her age at the start of the show.

Bernadette revealed she was 46 years of age, before telling Bradley she was a retired teacher.

Bradley wasted no time in asking the quizzer about it, with her soon responding too – before she faced the Chaser on the ITV series.

He told the hopeful: “You’re very young to retire,” as he learned how old she was.

Anne ended up placing her answer before he finished reading them out, leading to him telling her: “You’re not supposed to do that.”

“Well you obviously weren’t going to,” Anne laughed, referring to him reading out the answers.

“I was!” Bradley said, “but you’re not allowed to press.”

The Chase airs weeknights at 5pm on ITV.