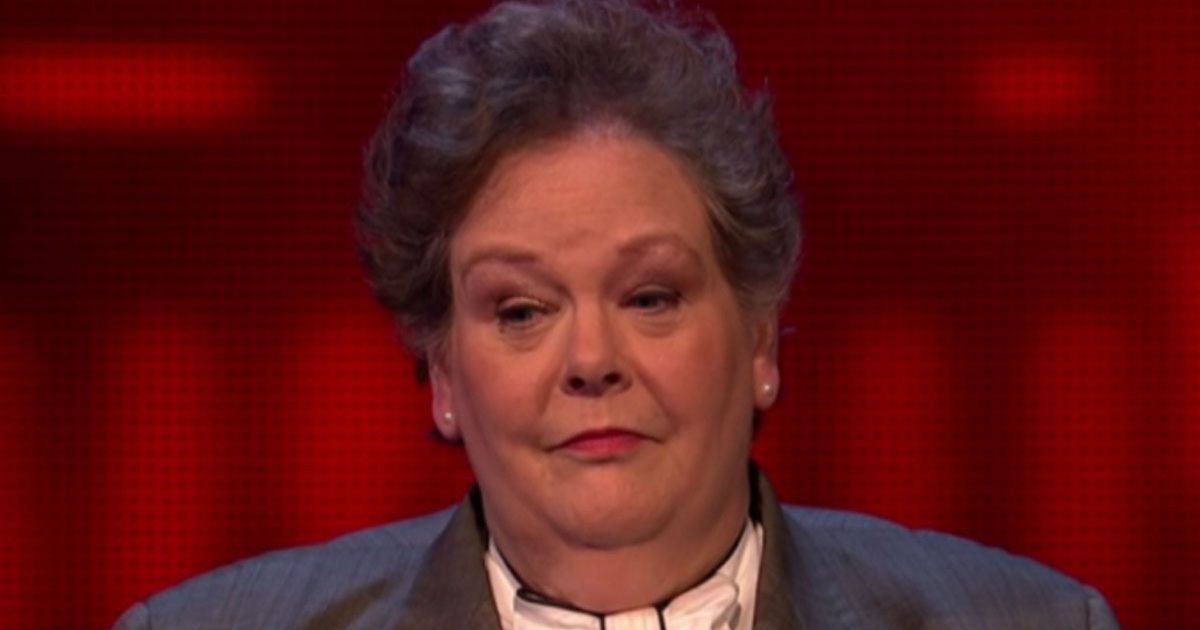 Host of the quiz show Bradley Walsh was in bits over one of the questions on Tuesday’s show. He tried not to burst out laughing over the names of an Irish breakfast food

The Chase: Bradley struggles to keep it together over answers

The Chase’s Anne Hegerty cringed after host Bradley Walsh made a cheeky joke.

The Governess looked unimpressed as Bradley squirmed after he made a crude gag about female genitalia.

Anne held a stony stare as she told Bradley: “You can do it Brad,” who was struggling not to burst out laughing.

The question on Tuesday’s episode of the show was: “The breakfast food known in Scotland as ‘tattie scones’ go by what name in Ireland?”

The potential answers were Fadge, Menge or Clonge – and the list nearly pushed Bradley over the edge.

Bradley Walsh struggled to contain himself on the show
(

Despite the contestants looking a little confused by the host’s inability to hold a straight face, the studio audience were heard chuckling at the question.

But Anne did not see the funny side and kept a very stern expression.

“That’s what you want for breakfast – a touch of fadge,” joked Brad, as the audience erupted into a fit of laughter once again.

Fans also saw the funny side, with one writing: “My child has just asked me what fadge, menge and clonge mean. Cheers, Brad!”

“What a question that was! Bradley held that together very, very well.”

Although some may have not been so impressed: “This is a family show! How on earth do I explain this to my child?”

Bradley was told off by fans who watched with their children
(

Last week the 61-year-old was mocked by viewers for indulging in the bronzer.

One viewer tweeted: “Bradley’s gone way over the top with the fake tan stuff. He looks hilariously orange.”

Anne has been named as one of the celebrities in the second series of ITV’s Cooking With The Stars.

She will team up with Michelin Starred French chef Jean-Christophe Novelli, who will mentor her as she goes from amateur to chef.

Speaking about the show, host Emma Willis said: “Tom and I had so much fun last series and I’m looking forward to getting back into the kitchen.

“The pressure the celebs are under is real and once the competition starts heating up everybody wants to win, but I’m hoping there isn’t as much blood as last series!”