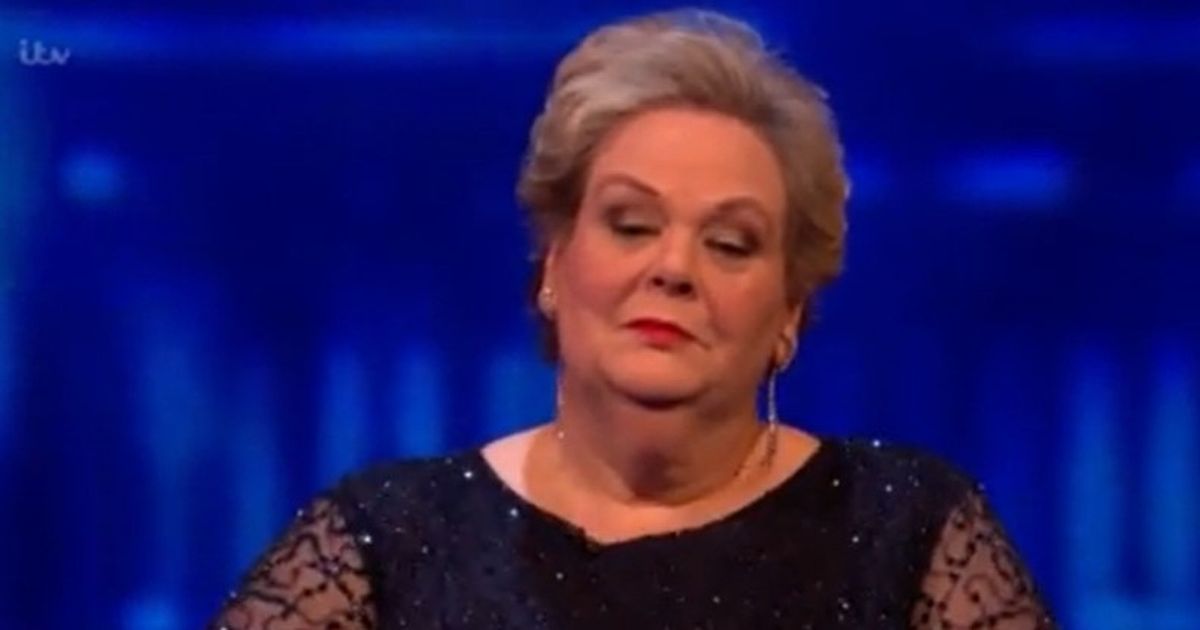 The Chase star Anne Hegerty was amazed to discover she is related to royalty as she went in search of her family history on ITV’s DNA Journey on Monday.

The quiz genius, 63, found out she is 19th cousin to Queen Elizabeth II, 95, and King Robert the Bruce was her 20-times great grandfather.

Although the revelation shocked Anne somewhat, she did reveal that her grandmother had previously told her this but she didn’t believe her.

Speaking to the show’s historian, the Chaser said: “Wow, that is cool. But my grandmother was the most tremendous liar.

“My aunt said she was a romancer and she’d embroider life a bit, so I always felt that anything from my grandmother had to be taken with a pinch of salt.”

Anne Hegerty is 19th cousin to the Queen
(

It was found that Anne was related to the family bearing the surname Hayes on her mum’s side. One of the family members married the King’s daughter Princess Elizabeth in 1370.

Anne continued: “My mother was always deeply disapproving of the idea of anyone knowing about their ancestors. She’d say, “It doesn’t prove a thing, dear.”

“As a child I was always curious about this stuff and my mother was always very repressive.

“I think it was because on my mother’s mother’s side there’s quite a bit of posh, and my mum thought I’d grow up to be a terrible snob.

“But I’ve already grown up to be a terrible snob, so really there’s nothing to hide.”

And her co-star quizzer Shaun Wallace joked that he point-blankly refuses to call her Queen Anne from now on.

Anne, who is known as The Governess on the quiz show, revealed last month that she had to pull out of the new series of Beat The Chasers after catching Covid.

The former I’m A Celebrity star had to swerve filming for the spin-off series alongside her fellow Chasers Mark Labbett, Jenny Ryan, Paul Sinha, Shaun Wallace and Darragh Ennis, and took to Twitter to reveal who would be replacing her.

Viewers of the show will now see Issa Shultz, from the Australian version of The Chase, take her place temporarily.

“The fantastic @Issa25 will be stepping in for me and I’m looking forward to watching the series when it’s on air later this year. I feel fine, but I’m still positive! (in all respects).”