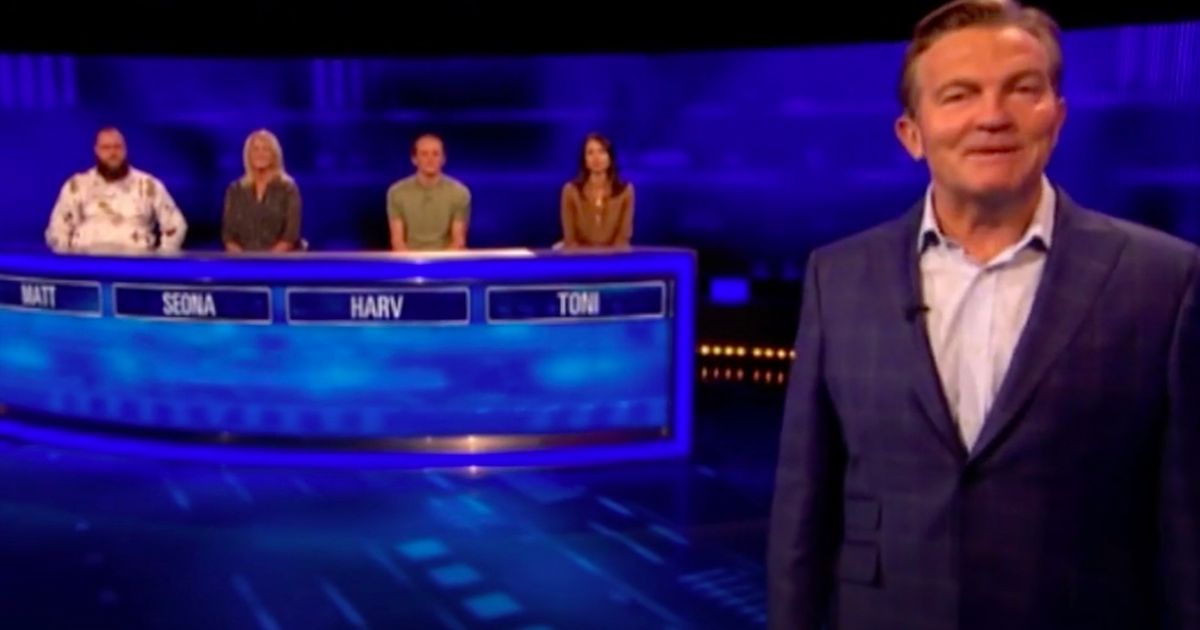 The Chase: Contestant Toni introduces herself to Bradley

Fans of ITV’s The Chase were left in disbelief when a ‘stunning’ contestant revealed her age.

Toni, who is a 40-year-old writer, took viewers by surprise when she introduced herself on the quiz show on Friday (25 February).

As she chatted to host Bradley Walsh, fans of the show flocked to social media to share their admiration for her good looks.

Taking to Twitter, one fan called the contestant a “handsome woman”, while others were shocked by her age, thinking she looked much younger than she was.

“Toni is what I wish my future partner looks like at 40. She’s stunning,” one shared, while another wrote: “No way is Toni 40 she looks about 25.”

Toni blew viewers away with her beauty

“Toni to win final chase, pointless, catchphrase, mastermind, countdown. Anything and everything because Toni is so hot,” another admiring viewer commented.

And it wasn’t only Toni’s good looks that received praise, as she was the first to go head-to-head against competitive chaser Shaun ‘The Dark Destroyer’ Wallace.

She managed to make it safely back to her team with £6,000 to add to the team’s jackpot, much to fans’ joy.

One viewer picked up on her intelligence, writing: “Toni has brains and beauty what an absolute catch her husband is a lucky guy.”

Meanwhile another fan said: “Toni has a lot of admiration on here”, and another chimed in: “Beauty and brains”.

She was said to have ‘beauty and brains’
(

The Chase is one of ITV’s most popular quiz shows and is hosted by Bradley Walsh.

It pits a team of four contestants against one of the professional quizzers – known as the Chasers – who try to stop players from winning the cash prize.

Sadly, despite her impressive performance and a run of correct answers, it wasn’t meant to be for Toni and her team, who failed to beat the Chaser at the final hour.

Toni is the latest The Chase contestant to make headlines
(

The hopeful trio came close to bagging the £21,000 prize, but the Chaser managed to reach their score of 18 with just five seconds to spare, meaning they lost out on the ultimate prize.

Fans who had been rooting for Toni once again took to social media to share in her disappointment.

“Hard luck team you needed all four of you,” one said of the team, who were down a contestant when they were defeated.

The Chase airs every weekday at 5pm on ITV.