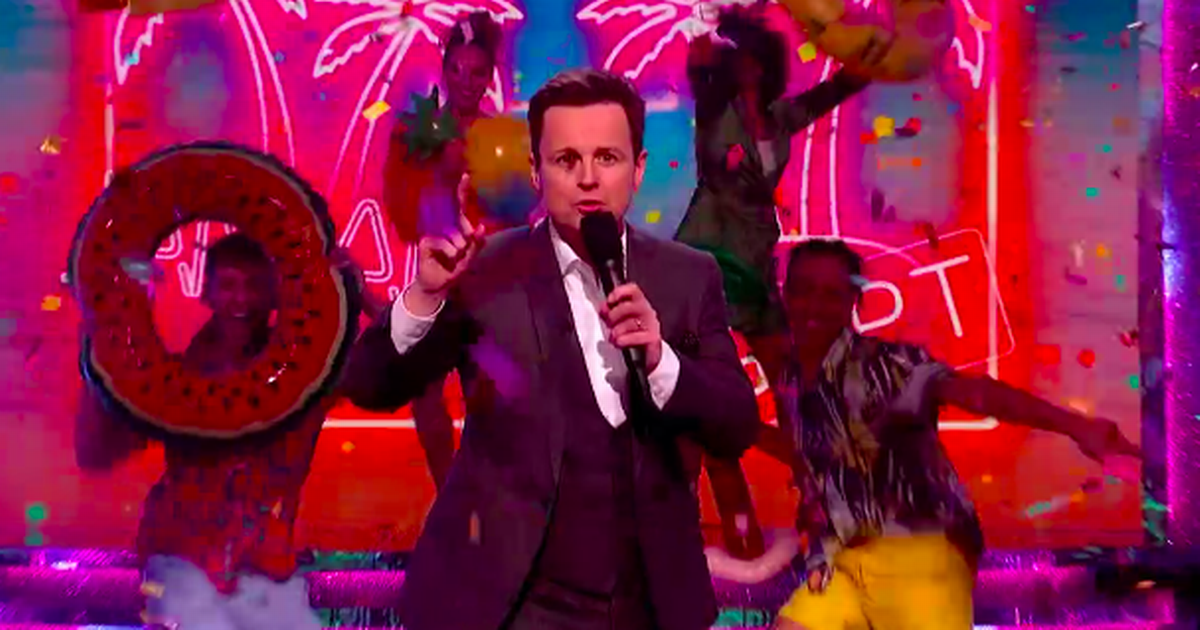 Saturday Night Takeaway viewers were in hysterics during the latest episode thanks to one random man in a London restaurant.

During the ‘Happiest Minute of the Week’, hosts Ant McPartlin and Declan Donnelly give away as many holidays as possible unsuspecting fans watching at home or in the audience.

They also enlist the help of Jordan North to surprise someone with a getaway in person, and this week he was at a restaurant in Finchley, London.

As Jordan ran into the restaurant with the camera crew to surprise the owner, a shocked customer who was tucking into his dinner looked absolutely disgusted as he clearly didn’t know what was happening.

“This man was fuming about his food getting interrupted the pure disgust #SaturdayNightTakeaway,” one person posted.

Another tweeted: “The man in that restaurant looked so annoyed when the camera crews and Jordan North walked in, proper ruined his night #SaturdayNightTakeaway.”

A third person wrote: “Nah HAHAHAHA that blokes face in the restaurant #SaturdayNightTakeaway.”

Someone else said: “The guy sitting at the entrance eating his food looked p*ssed when Jordan North came in #SaturdayNightTakeaway.”

And another viewer added: “NOT THE OLD MAN PULLING A FACE AT THEM COMING IN #saturdaynighttakeaway.”

Then someone else joked: “If that bloke with the suspicious expression in the restaurant doesn’t become a meme I may be forced to resign #SaturdayNightTakeaway.”

Elsewhere in the competition, one baby looked rather frightened as Ant and Dec’s booming voices were projected into the living room of one family who were tuning in.

As the mother and father of the child cheered in excitement, the poor tot was seen bursting into tears as the woman tried to pacify the child with a dummy.

Of course, it didn’t go unnoticed by other viewers as one person tweeted: “The baby screaming in fear. Oh dear. The way she shoved the dummy in! #SaturdayNightTakeaway.”

Someone else posted: “They just scared seven colours of sh*t out of that poor kid!! #saturdaynighttakeaway.”