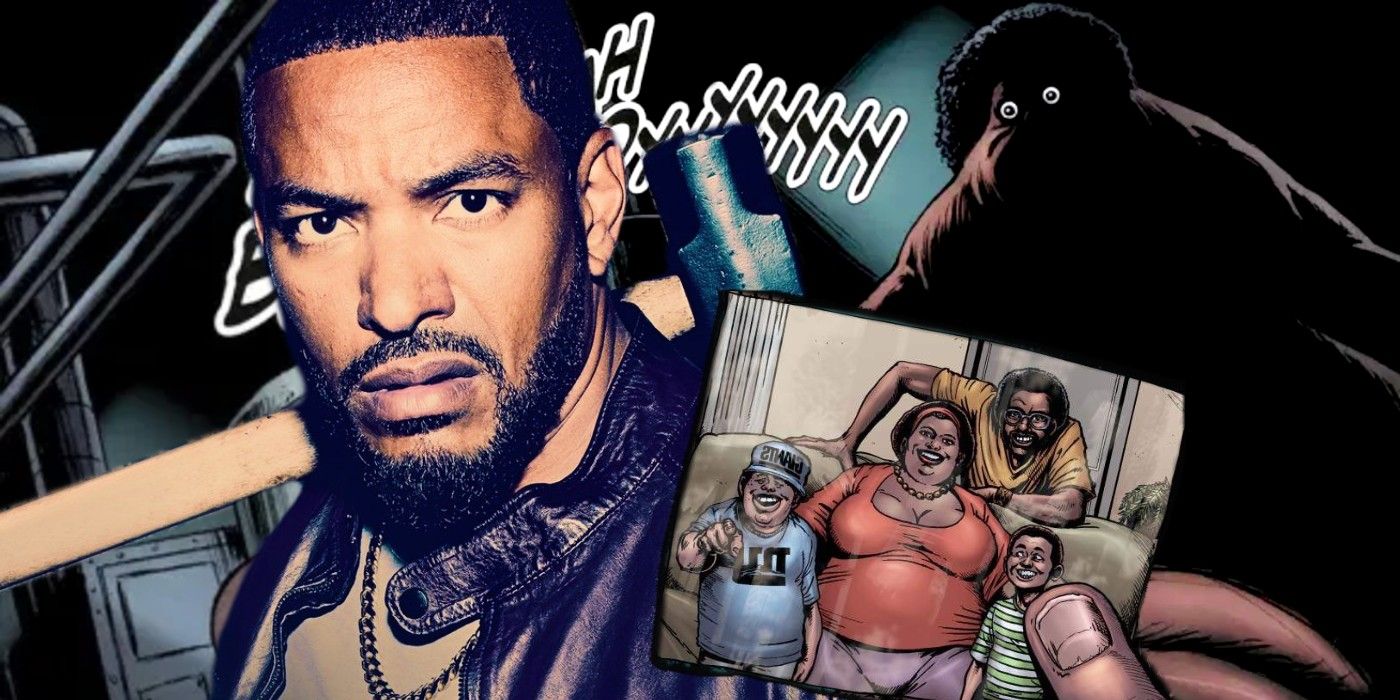 Thus far, what has been revealed of Marvin’s family has largely focused around his wife, his daughter, and his father, who Marvin believes passed away as a result of overworking himself to try and sue Vought for a mysterious wrong the company had done. While the show is sure to be different from the comics in its details – as it has purposefully been in order to differentiate the two versions of The Boys – there is a good chance elements of the comic will remain the same for this storyline, specifically in regards to the bad blood between Marvin’s family and Vought.

Shockingly, the comics establish that M.M’s mother worked in a factory that handled Compound V, which ultimately transferred into her system over time due to exposure to it. This in turn resulted in one of her children dying when his superpowers became uncontrollable, and her other – Mother’s Milk – becoming reliant on his mother’s breast milk presumably because of Compound V dependence, hence the nickname. More grotesquely, Marvin’s mother also transformed as a result of her exposure to Compound V, which both sabotaged her mind and her body into a surreal “Mister Fantastic gone wrong” nightmare.

As the show has established that M.M.’s father attempted to sue Vought, it stands to reason that in the show universe, this dire event and its diabolical impacts are in some way the same. This means that Season 3 of The Boys (or at least a future point) is also likely to show the disturbing effect this complication had on both Marvin and his poor mother, which should prove to be the show’s most disturbing moment. As the show makes M.M’s family feel significantly more real, even if just as background characters, it stands to reason this version of events will actually be substantially more unsettling, both because the characters feel more like real people, and because a CGI creation will inevitably look more horrifying than any drawing.

The Boys has taken a far more serious approach with many of the characters’ backstories and points of personal suffering than the comics, which makes this possibility all the more intriguing. In that respect, it is even more interesting to consider how the show will grapple with the idea of the damage done to M.M.’s family as a result of their inadvertent crossing paths with Vought. The revelation of the transformation of M.M’s mother was framed partially as an attempt at shock humor in the comic, which proved to be a shame as it meant the short time she was shown didn’t focus on the absolute horror and injustice of what was done to her. The Boys has a real chance to provide not only one of its most disturbing scenes by using this character, but also one of its most vitally tragic, as nowhere is the human cost of Vought’s experiments quite so apparent.