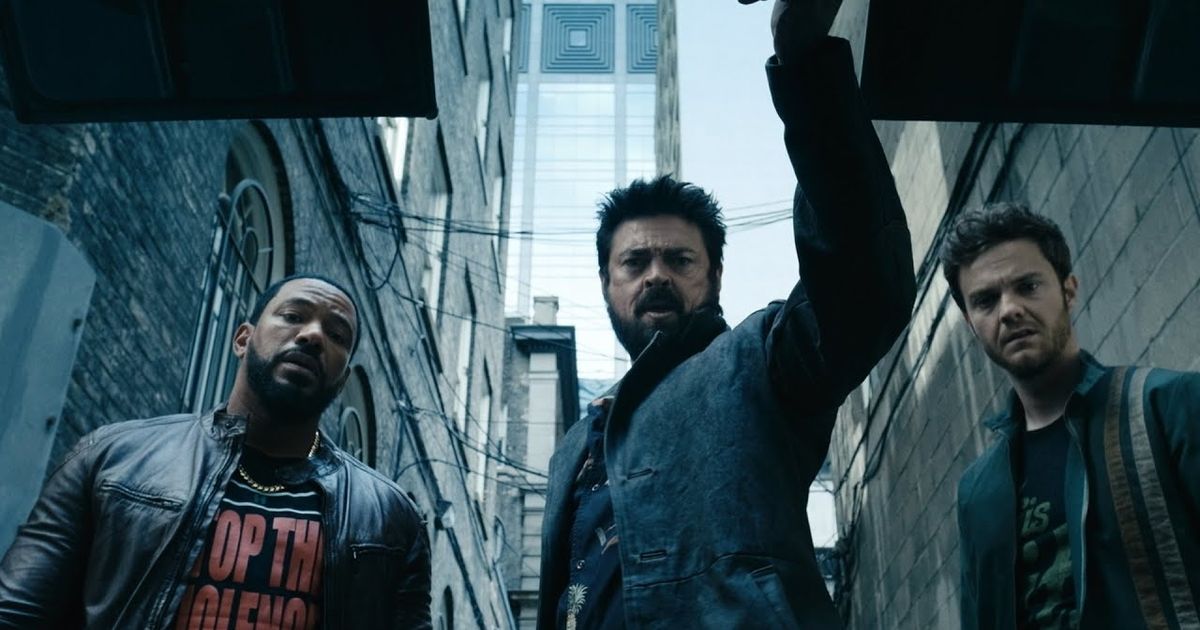 Superhero cinema has dominated film and TV for well over a decade now and it’s just as popular as ever.

However, there definitely seems to be a shift in the type of superhero content people want, as mature content such as Joker, The Batman and even Venom continues to be smash hits.

For TV, The Boys rules the graphic superhero scene, with its brutal violence, sex, language, drugs and drinking proving to be one of Amazon Prime Video’s biggest hits.

It was so successful, that it even got an animated spin-off earlier this year – The Boys Presents: Diabolical.

Now, the real boys are back and their mission to drag the gods among us down to our level is set to cause untold collateral damage.

How does a normal man hope to kill a superhero? Well, for the boys it can be anything from TNT-enemas to unsettling drug overdoses, or even just getting them cancelled like any other celeb.

It’s a sight to behold and finally, thankfully, season three is almost here.

What is the release date of The Boys season three?

The third season will kick off on Friday, June 3 exclusively on Amazon Prime Video.

The platform typically drops new content between midnight and 3am, so any particularly keen fans can wait up on Thursday night to find out what Billy and the boys have been up to.

NOW TV membership: How much does it cost and what can you watch on it?

The first season did drop all at once, but Amazon Prime decided against that format for season two and are sticking with it from now on.

Who is in the cast of The Boys season three?

All the main cast of The Boys are returning for the third season, with a couple of new surprises thrown into the mix.

Supernatural’s Jensen Ackles is joining the cast as Soldier Boy, whose parallels to Captain America are obvious.

He has been dubbed the “world’s first superhero” who fought in World War II, helping him became “the first super celebrity and a mainstay of American culture for decades.”

The Walking Dead’s Laurie Holden is also joining the team as the Crimson Countess, she was revealed with the caption “payback’s a b***h,” showing her appropriately decked out in an all red costume.

Dynasty star Nick Wechsler will be Blue Hawk, a hero that seems to be this universe’s answer to Judge Dredd.

His caption read: “He’s here to protect and serve, whether you like it or not.”

All these character’s come straight from the comics, but the show is making its own stamp on the universe with its unique creations.

According to Deadline, the completely original characters are Orphan Black’s Kristin Booth and Marcella’s Jack Doolan, who are playing TNT Twins Tessa and Tommy.

Finally, The Man in the High Castle star Frances Turner is returning as a series regular in the role of Monique, Mother’s Milk’s wife.

Rounding out the main cast is Karl Urban as Billy Butcher, Giancarlo Esposito as Stan Edgar and Tomer Kapon as Frenchie.

Is there a trailer for The Boys season three?

Yes, and once again Homelander is taking centre stage as he continues to lose grip on basic reality.

Seemingly taking place immediately after the first season, Homelander says in the trailer: “Let me say it again, Cam. I may be a superhero, but I’m also a man who fell in love with the wrong woman.”

Looking particularly unhinged this season, he may finally be about to meet his match with the introduction of Soldier Boy, this universe’s answer to Captain America.

The full trailer is available to watch here:

What is the plot of The Boys season three?

Season two ended with the apparent death of Stormfront and Billy Butcher being injected with Compound V, giving him powers similar to the supes he despises.

It will put him on a more level playing field against Homelander and the rest of the superheroes populating this corrupted world.

Victoria Neuman will also likely take centre stage this season, the undercover superhero politician that exploded a few brains before.

Hughie, now working for Victoria, may be caught in the crossfire when the boys inevitably discover the truth behind this unsurprisingly twisted government figure.

Speaking to GamesRadar, Victoria star Claudia Doumit said: “I’m excited to see what happens with Hughie and her.

“Also, I’m very excited to see her fuck some shit up, blow some heads up.”

The official plot synopsis for season three reads: “It’s been a year of calm. Homelander’s subdued. Butcher works for the government, supervised by Hughie of all people.

“But both men itch to turn this peace and quiet into blood and bone.

“So, when The Boys learn of a mysterious Anti-Supe weapon, it sends them crashing into the Seven, starting a war, and chasing the legend of the first Superhero: Soldier Boy.”

Why has Stranger Things Season 4 been split into two parts – is this the final season?