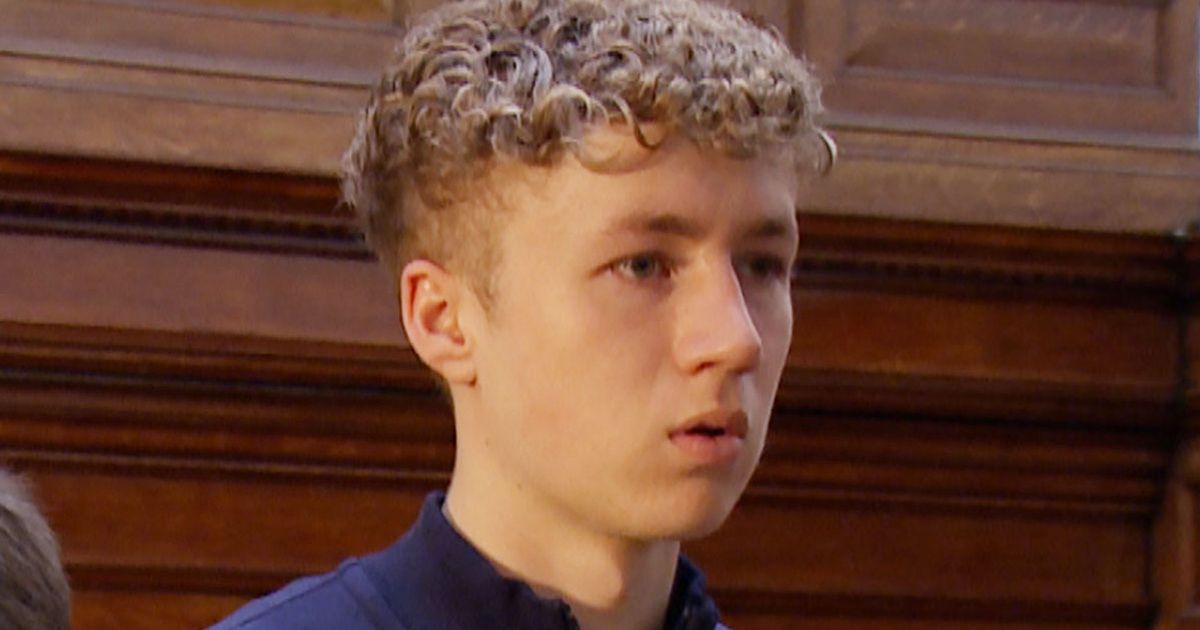 Emmerdale fans will finally discover Noah Dingle’s fate on the ITV soap next week, after the character entered a guilty plea for his stalking behaviour.

Noah, played by Jack Downham, is facing potentially years behind bars after the truth about his stalking was revealed in Emmerdale.

When Charity (Emma Atkins) walked in on Noah and Chloe (Jessie Elland), she quickly discovered her son was holding his ex-girlfriend hostage.

Chloe exposed Noah’s stalking behaviour, after he had been following and watching her via a drone, tracker, and hidden mics.

Determined to ensure her son faces the consequences, Charity reported Noah to the police.

She believed at that point that he would be dealt with lightly by the courts and wouldn’t go to prison, only to be told later that he could actually be facing a hefty jail term.

ITV spoilers have now revealed that the character’s sentence will be revealed in scenes next week.

In next week’s episodes, Mackenzie Boyd approaches Ethan Anderson at The Woolpack to ask about Noah’s chances in court.

Kerry Wyatt overhears the conversation and is quick to voice her opinion that Noah deserves everything that’s coming to him.

Charity is left furious by Kerry’s comments and soon kicks her out of the pub, only to then get upset shortly afterwards when Noah continues to blame her for his problems.

Charity goes to the court to try to show some support.

Noah has struggled to forgive Charity for reporting him to the police and handing over crucial evidence as he prepares to hear the news about the sentence he’ll face.

Mack steps in to defend Charity, who also sticks up for herself in front of Noah. Charity takes a tough-love approach by sending Noah away, but she feels a pang of guilt.

The next day as he’s due in court, Noah prepares but refuses to collect his things from Charity’s, telling Belle (Eden Taylor-Draper) that, as far as he’s concerned, he doesn’t have a mum any more.

Charity is devastated to see her son leaving the village looking lost and alone and she goes to the court to try to show some support.

But when she gets there and sees Noah’s hostile reaction, she’s left wishing she had stayed away.

As the sentencing hearing begins, Charity nervously awaits the decision, knowing that it’s partly because of her actions that her son could be facing a term behind bars.

The judge finally gives the decision. Will Noah walk free, or is he headed to prison?

Emmerdale spoilers: Leyla struggles with withdrawal as she vows to get clean