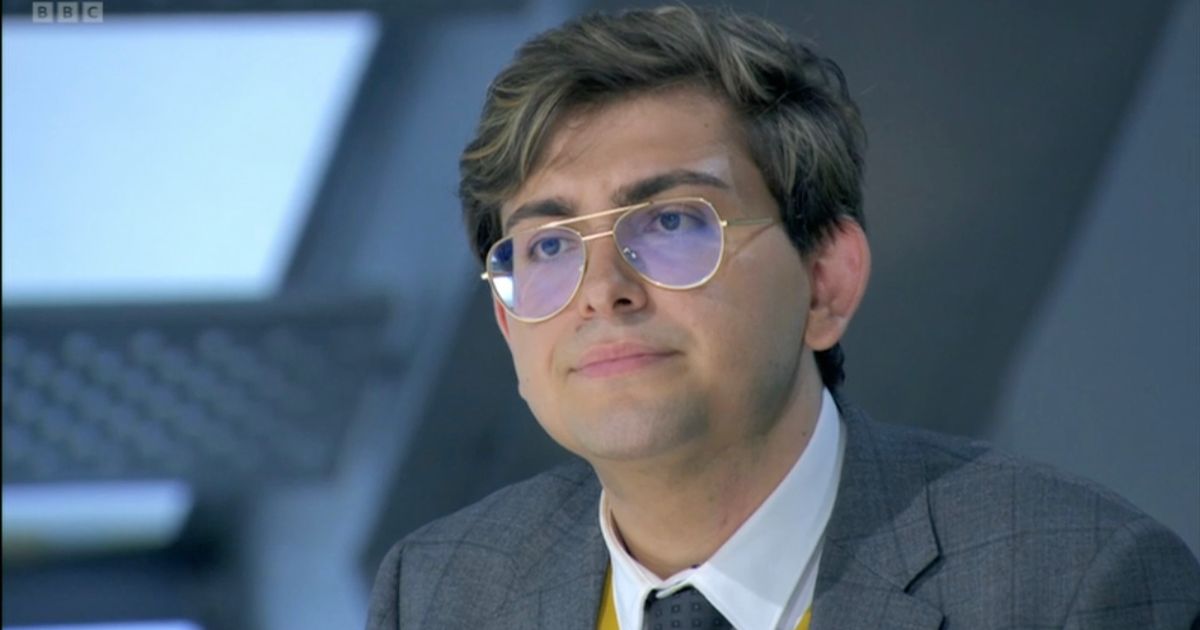 The Apprentice returned tonight, with Navid Sole becoming the third casualty of the boardroom as the team slipped up over a peach-flavoured non-alcoholic beer

The Apprentice returned tonight, with Navid Sole becoming the third casualty of the boardroom as the team slipped up over a peach-flavoured non-alcoholic beer

Navid Sole was fired on The Apprentice tonight as the candidates were tasked with creating a non-alcoholic drink.

The team – led by Sophie Wilding, who has her own boutique cocktail bar away from the BBC show – ended up in the boardroom as their peach-flavoured beer failed to impress the buyers and they barely had any orders for their non-alcohol beverage.

Diverse managed to secure 10,675 orders whilst their team managed to sell just a little over 2500 boxes of their drink, meaning the team with the non-alcoholic vodka lime soda secured the win and were treated to a cocktail masterclass.

Navid Sole has left the BBC One show

Sophie chose to bring Navid Sole and Akshay Thakrar back into the boardroom, and defending her decision, she said: “I bought Navid to the plant to help with the measurements, but there was no input. They both ride on other people’s ideas.”

The episode began with contestant Shama Amin explaining to Lord Sugar why she had to leave the BBC One show, as she had been struggling with the physical pain of her rheumatoid arthritis.

Shama explained her exit from the BBC show
(

After offering his best wishes to Shama, Lord Sugar then decided to switch up the two teams and they settled on their team names.

After last week, Nick Showering was asked by Lord Sugar to be the leader of one team and he took it very seriously, refusing to listen to anyone else and insisting on his vodka lime soda idea, which they called Vodify.

Whilst the other candidates expressed some concern over the choice, he refused to budge and when it came to design the packaging, it went the same way as he refused to add pictures or anything else to make the product different.

The teams faced the boardroom after a difficult challenge for all
(

The other team decided to create a non-alcoholic beer called Crafted and Spiced, but they left their sub-team confused after they put peach in their drink, without telling the design team and so it was missed off the label.

The two teams were then tasked with filming augmented reality social media filters for the launch of their drinks, but Nick and his team rowed again over the production as he wanted to be the one to speak – and star in – the advert.

“That’ll do,” Nick said as he tasted the drink, “I know how difficult it was to do this.”

The peach became a prominent flavour in the other team’s craft beer, as the fruity taste and the pepper stood out as the main two flavours. When it came to pitching the drink, the team promised to take everyone to “paradise” in the awkward pitch.

As Nick made a pitch to supermarket ASDA, he missed the whole point as he tried to explain it was a premium product – completely opposite to the market that the chain was pushing to.

“What a waste of opportunity,” Karren Brady said as they only managed to secure 300 cases from the supermarket giant.