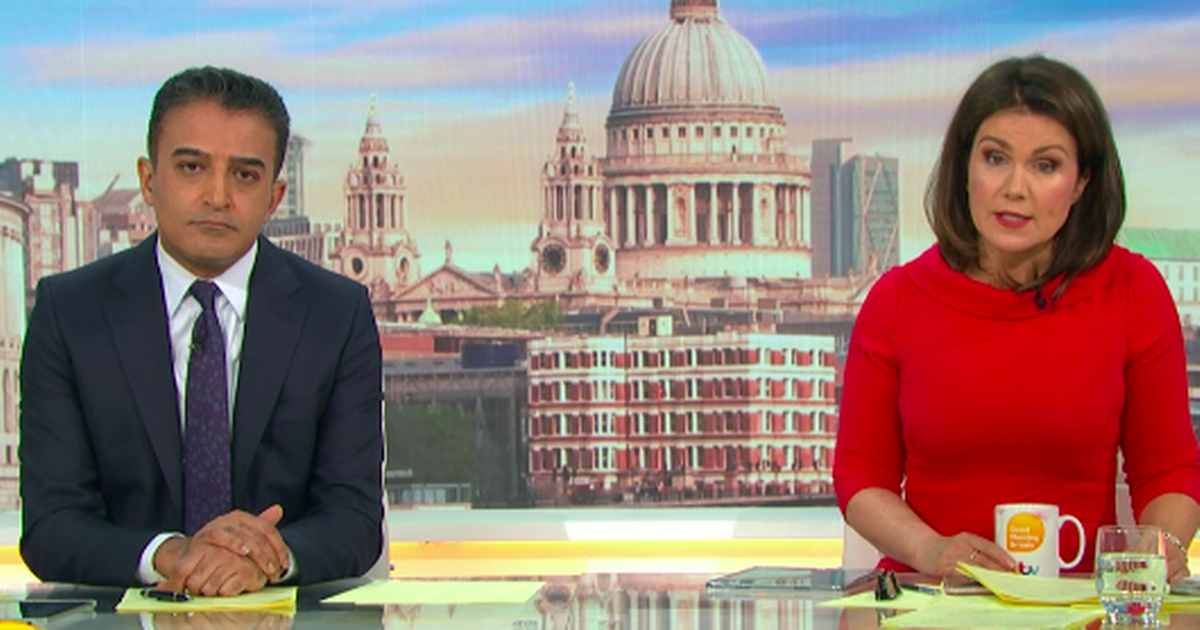 Susanna Reid appeared to be fighting back tears on Tuesday’s Good Morning Britain as she spoke about children who have been injured in Ukraine.

The mother-of-three was co-hosting the ITV breakfast show with Adil Ray where the coverage of the Russian attacks on Ukraine continued.

Susanna 51, looked visibly upset as she referred to a photo of a doctor trying to save a child’s life following one of the attacks in the city of Mariupol’.

“A doctor in Mariupol’ who is desperately trying to save the life of a little six-year-old girl injured by Russian shelling.

“The medic in the background of that photograph is trying to save the life of that little girl, her mother is in the photograph, she was sitting alone in the corridor or outside sorting a few things that they had that they took together to the hospital,” Susanna continued.

“The child’s father was rushed into ICU as well, injured in the same shelling. Ukraine’s presents says 16 Ukrainian children have been injured. Russia says it’s not targeting civilians, the pictures tell a different story,” Susanna added as Adil agreed with her.

Just half an hour later, Susanna looked devastated again as she spoke of reports that a maternity hospital had been attacked in Ukraine in the last few minutes.