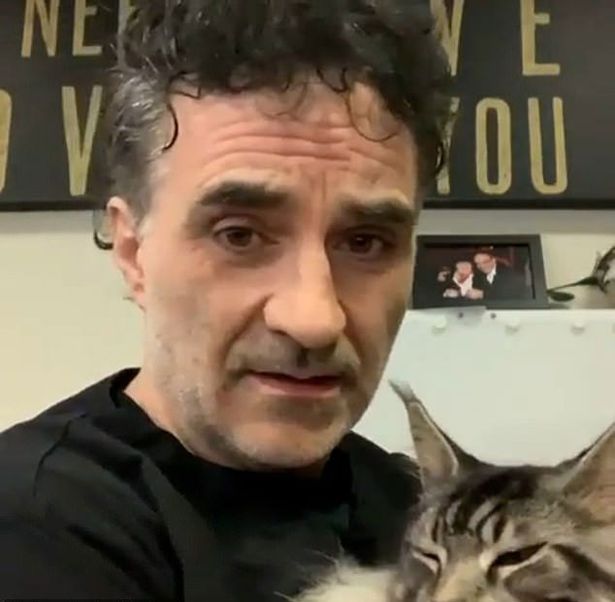 Supervet Noel Fitzpatrick has revealed he has been fighting a “horrible” Covid-19 battle for weeks.

The TV vet, 53, took to Instagram on Thursday were he shared an update with his fans and detailed how the virus had left him “exhausted”.

He also thanked his fans for their well-wishes and gave an update on his health, saying he got a ‘horrible dose’ of the virus but is ‘over the worst’.

Noel, who previously treated Meghan Markle’s dog and Russell Brand’s cat, shared a video talking to his 240,000 followers, as he held his cat Excalibur on his lap.

The star of Channel 4’s series The Supervet also urged fans to observe social distancing and to continue wearing face mask as he emphasised how “we’re not done with this thing” reports MailOnline.

The ‘Supervet’ has previously received praise from presenter Declan Donnelly who took to Instagram in January and credited the Noel Fitzpatrick for saving his beloved dachshund Rocky’s life.

The Britain’s Got Talent star, 45, shared a photograph of the vet cuddling the animal, and thanked him for getting Rocky back to full health after the attack.

The little sausage dog was seen by the TV vet after he was savaged by a fox in the garden of Declan’s west London home.

Declan took to Instagram to share a picture of the vet cuddled up with his pooch, branding the vet and his colleagues ‘heroes’.

He wrote: “Another thank you to this guy @profnoelfitzpatrick and his amazing staff for looking after Rocky and getting him back on his feet after a run-in with a grumpy fox in our garden last Sunday.

“Cheeky bugger! The care and attention from the guys at @fitzpatrick_referrals is so reassuring and comforting. Thanks again everyone. D x”