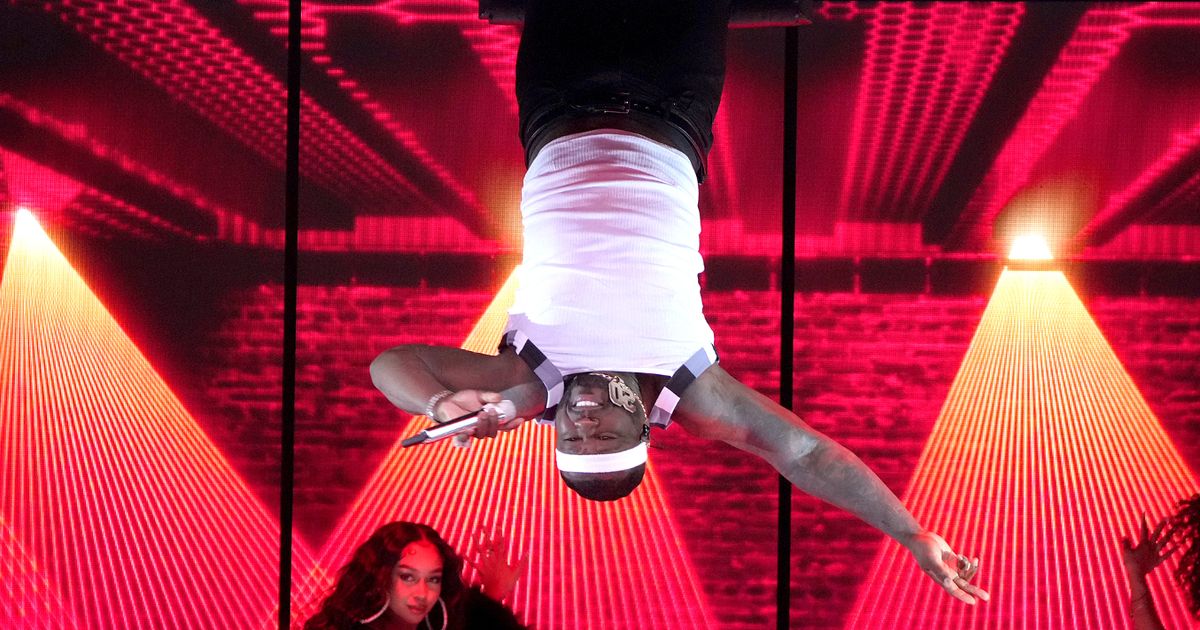 The presenter, 56, gushed to his Twitter followers that it was the “best half-time show ever” as he took delight in watching some of rap’s finest take to the stage at the SoFi Stadium in California.

Dr Dre and Snoop Dogg got the epic performance underway before being joined on stage by Kendrick Lamar, Eminem and Mary J Blige.

And Piers was so impressed by the surprise performance of 50 Cent, who sang his hit tune In Da Club – which he started by hanging upside down!

He followed up his Tweet by sharing a video of the set from what appeared to be his seat in the stadium and captioned it: “The highlight of a sensational half-time show (and they were all great): ⁦@50cent⁩ performing In Da Club.. my all-time favourite rap song… what a man.”

However, despite the former Good Morning Britain man’s rave reviews, it appears as though the extravagant show wasn’t to everyone’s taste.

Fans took to Piers’ post to argue that it was actually poor and many said it certainly wasn’t the best ever.

Throughout the comments, there was lot of support for Prince’s efforts in 2007, while Michael Jackson and Beyonce also earned praise.

One user wrote: “Lol, worst ever! Was not impressed….”

Another agreed, saying: “That halftime show was dreadful dear me. Was embarrassed for Kendrick Lamar.”

A third added: “Prince U2 The Who and Bruce Springsteen would like a word,” while a fourth said: “Just boring. Not my thing. Most meh superbowl half time show.”

A fifth was clearly unimpressed as they said they even turned away from the show: “Think you’re trying too hard to be ‘hip’ here Piers! I personally thought it was pretty poor, some of it was terrible.

And another stated: “All old fellas way past it. Embarrassing.”

However, there were some who were in support of Piers’ views and loved the iconic lineup.

One positive comment read: “Ever is strong. But dam it was good. Best I’ve seen and you know I’ve done a few from over the years online.”

Eminem took the knee during his performance
(

Another agreed, saying: “Not often I am left wanting more from a half time show, but that was fantastic.”

During his part in the performance, Lose Yourself rapper Eminem defied reported league requests as he took the knee.

Prior to the event, the star had apparently mentioned the idea of kneeling ahead of his performance but was asked by organisers to avoid doing so.

He was having none of it though, and amazed viewing fans with his actions.