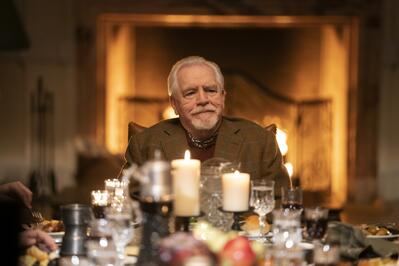 The Roy family drama will continue to amuse and disturb us all when Succession returns to HBO for Season 3. Fans’ desire to discover what happens following the jaw-dropping final moments of the show’s second season — which saw Kendall (Jeremy Strong) proving that Logan Roy (Brian Cox) wasn’t the only “killer” in the family — has already been at a fever pitch since the series wrapped last fall. Anticipation for Succession Season 3 is even higher after the series won big at the 2020 Primetime Emmys, where it collected the Emmy Award for Outstanding Drama Series and saw Strong walk away with the Emmy for Outstanding Lead Actor in a Drama Series.

But Succession fans will have wait a while to find out what happens next after that riveting Season 2 finale. While HBO has yet to set a premiere date for Succession Season 3, and the cast of the drama series has stayed mum about what’s ahead, TV Guide has cobbled together some key details about what to expect as the series continues. Read on to find out everything we know about HBO’s Succession Season 3 so far.

Why Logan Roy May Have Been Behind That Succession Finale Twist

Production will hopefully resume in 2020. Like most of Hollywood, work on Succession Season 3 was suspended due to the coronavirus pandemic on March 12. While no concrete date has been set to resume filming, Succession showrunner Jesse Armstrong said in August that the aim was to begin shooting “before Christmas.” Nicholas Braun, who portrays Cousin Greg in the series, told People that he expected Succession Season 3 to begin filming by the end of 2020 and to air in 2021.

The episode count may be different. Succession star Brian Cox told The New York Times in late July that while filming is currently on hold, the scripts for Succession Season 3 are well underway, and there may be fewer episodes in the new season than the first two. While Seasons 1 and 2 ran for 10 episodes apiece, Cox said Season 3’s episode count “could be eight, it could be nine. We’re in that ballpark.”

Expect the scope of the show to expand. Lucy Prebble, who writes and co-executive produces Succession, told Deadline in late 2019 that fans can expect the landscape of the show to expand in Season 3. “There are … a lot of talks about going more international than we’ve gone before, which is to do with the relationship between the media industry and international countries,” she explained. “The way international countries input, control, and fund the media in ways that aren’t talked about as clearly as they should be. …. There are big conversations about how countries and media intersect at the moment.”

Speaking of scope, the show’s budget is certainly going to be even bigger in Season 3. According to The Hollywood Reporter, the cast secured big raises that put them among the highest-paid actors per episode on television.

Prepare for some more father-son feuding ahead. Cox told Deadline that there are “a lot of fireworks to come” between Logan and Kendall in Season 3. Considering the fact that Kendall decided to implicate his father in the cruise line scandal in front of the global media, that’s to be expected. But according to Cox, Logan might not have been as surprised as the rest of us by what happened during the briefing scene. “Logan’s always known that Kendall was a treacherous sh–,” he said. “In a way, he isn’t judging him. There’s some validation of what’s happened. Logan accepts that.”

Logan and Kendall might not be the only “killers.” Although Kieran Culkin is quick to downplay any suggestion that his character Roman Roy is as savvy as the others, Cox thinks fans should also keep an eye on Roman in Season 3. The actor told Deadline that he’s “fascinated” to see where Roman’s story proceeds from here because “he showed his mettle at the end of Season 2.” Cox then added that he thinks Roman is “the hidden gun under the table.” For his part, Culkin did predict in a chat with Vulture that the focus of Season 3 might turn to him, since Season 1 primarily focused on Kendall, and Season 2 was all about Shiv (Sarah Snook). “Maybe next year is Roman’s turn,” he said.

Surprises are definitely in store. During a virtual Succession cast reunion hosted by Variety, Cox revealed that even ahead of filming, Succession creator Jesse Armstrong had revealed the plans for Season 3 to him and teased his fellow co-stars with, “It’s jolly exciting, that’s all I can say … and it’s very, very surprising what’s going to happen.”

Succession Seasons 1 and 2 are available on stream on HBO Max.