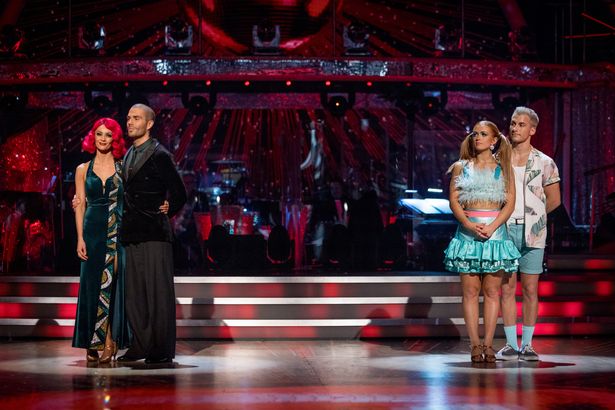 Strictly Come Dancing star Maisie Smith has admitted she burst into tears after was left shaking after landing in the dance off for the first time.

In scenes not shown on TV, the EastEnders star says she struggled to hold herself together after being saved by the judges.

Maisie found herself in the bottom two  against Max George and was saved, but faced another dance off against Caroline Quentin this weekend.

She survived again, and Maisie has now opened up about her first dance off with Max, admitting she got very emotional.

Maisie told OK! magazine : “Some people have had it in their heads that because I’m a good dancer that I would be safe every week. But that’s so not the case.

“It was so, so scary. It wasn’t a nice feeling at all. You didn’t see it on camera, but as soon as I was saved, I just burst into tears…

“She’s young and living away from home for the first time so it’s hard on her.

The source went on to claim that Maisie turned to the other contestants for a shoulder to cry on, as they provided support for her at a time she needed them most.

“The show’s dancers and the other celebs have been rallying around and trying to lift her spirits,” they added.