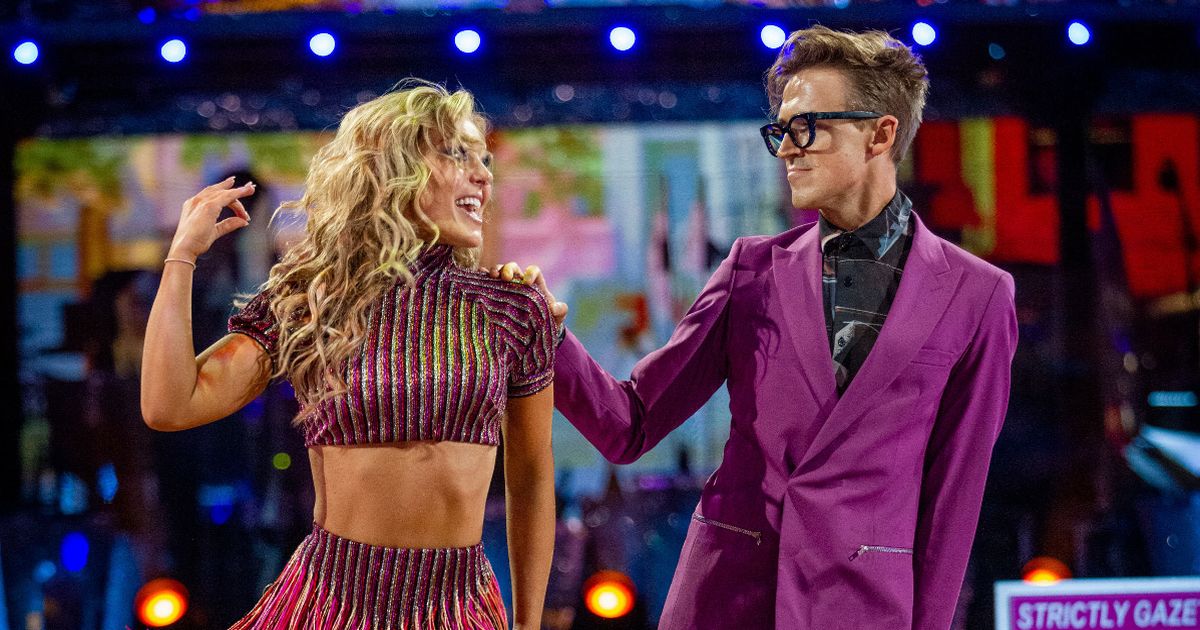 Four Strictly Come Dancing celebrities are already tipped for the live final, according to leaked voting figures which are said to reveal the current favourite to win

Strictly Come Dancing’s Tom Fletcher and Amy Dowden are currently the favourites to win the BBC series, according to leaked recent voting figures.

Despite failing to impress the judges during Halloween week on Saturday night, the McFly star and his professional dance partner have topped recent votes.

According to The Mail on Sunday, they have obtained leaked figures that reveal who is the current favourite to win.

They also apparently disclose the top four couples at the moment, teasing which stars are likely to make it to the live final in December.

Tom and Amy are said to be the most popular with the Strictly audience voting at home, as last week they received 19.1 percent of the whole vote.

Strictly Come Dancing’s Tom Fletcher and Amy Dowden are currently the favourites to win the BBC series, according to leaked recent voting figures
(

This may come as a surprise to viewers given a few other couples have seemingly been leading the way since the show kicked off.

Giovanni Pernice and Rose Ayling-Ellis, and rumoured couple AJ Odudu and Kai Widdrington are both topping the leaderboard every week, and have been tipped to win by fans.

But it seems, from last week’s vote anyway, that Tom could go all the way and win the Glitterball Trophy, like his McFly bandmate Harry Judd did in 2011.

A source said: “It’s a case of the McFly factor for Tom, the fans just don’t seem to stop being loyal to them.”

But it’s not over for favourites Rose and Giovanni, who were a close second in last week’s vote according to the figures with 18.2 percent.

After all, the pair scored the first 40 of the series on Saturday night with their Halloween performance, and the earliest score of 40 ever given in the show’s history.

According to the leaked numbers for last week, it’s Olympian Adam Peaty and dance partner Katya Jones who are currently the third favourite couple with the viewers at home.

That has surely changed though, given the pair found themselves in the dreaded dance off with Judi Love and Graziano Di Prima on Sunday evening, meaning they definitely did not have the most votes.

A Strictly spokesperson told The Mirror: “This is pure speculation.”

According to the leaked numbers for last week, it’s Olympian Adam Peaty and dance partner Katya Jones who are currently the third favourite couple

Meanwhile, John Whaite and his dance partner Johannes Radebe are also tipped to make it to the final after recent votes, and the support from the judges.

Like Rose and AJ, John has also been topping the leaderboard, and has been a favourite from the first week thanks to his and Johannes’ sensational routines.

Of course it is all to play for, with public votes and the judges’ scores changing every week.

Strictly Come Dancing airs Saturdays with the results show on Sundays on BBC One.

Strictly’s AJ and Kai ‘confirm romance’ in sweet moment, according to fans