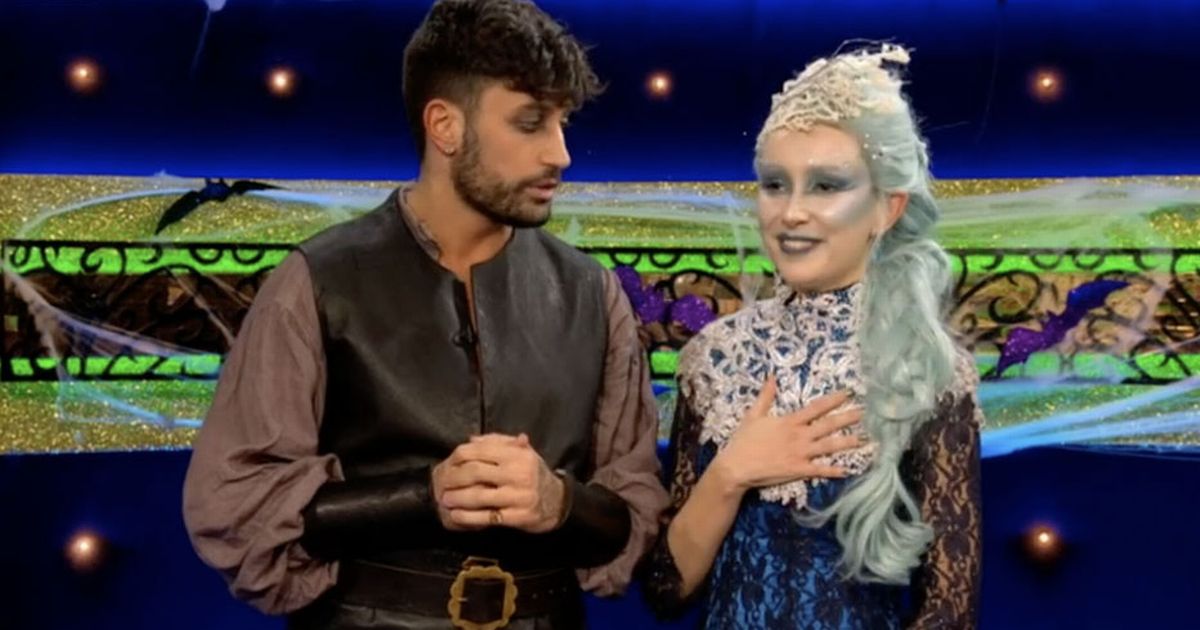 Strictly Come Dancing pairing Giovanni Pernice and Rose Ayling-Ellis scored the first 40 of the series, and the earliest full marks ever on the show on Saturday

Giovanni Pernice paid a sweet tribute to his Strictly Come Dancing partner Rose Ayling-Ellis on the show on Sunday, as they survived another public vote.

He vowed to give his co-star “the best time of her life”, a day after he was left in tears following their Halloween performance which was a clear hit with the judges.

In fact, the series favourites made history on the show on Saturday night, and there was plenty of tears.

Giovanni couldn’t contain his emotions, as he learned he and EastEnders star Rose had scored 40 points from the judges, as they danced the Tango to Shivers by Ed Sheeran.

It was the highest score of the series so far, but also the earliest mark of 40 ever in the show’s history.

Strictly confirmed this, writing on Twitter : “The first 40 of the series for Rose and Gio and the earliest 40 ever in the history of #Strictly! Giovanni is STILL the King of #Halloween.”

On Sunday night, the pair were thrilled when host Tess Daly confirmed they had made it through to another week.

Speaking to Claudia Winkleman later on, Rose confessed it had not sunk in how well she and Giovanni did, before he took the moment to praise her.

She said: “No, it hasn’t sunk in yet, but I think later it will sink in… I got the earliest 40 in history?”

Giovanni told her: “Yes you did! You did,” with them both celebrating again.

Claudia then turned to Giovanni, and said: “You got emotional Giovanni on Saturday night. You were happy to get the 40, but also it is because of your friendship and what Rose gives you.”

Strictly’s AJ and Kai ‘confirm romance’ in sweet moment, according to fans

He responded: “I think it’s all about my friendship with Rose.

Rose was visibly touched by what he had to say, appearing to well up before the pair hugged it out.

Rose was visibly touched by what he had to say, appearing to well up before the pair hugged it out
(

As the scores came in on Saturday night, both Rose and Giovanni screamed and jumped around, before hugging it out thrilled with their marks.

Giovanni then placed his face in his hands, overcome with emotion as Rose supportively placed her arm around him.

As Claudia asked him about the dance, he wiped away the tears and shared how happy he was to have done well on Halloween yet again – with Rose equally as thrilled to have made Strictly history.