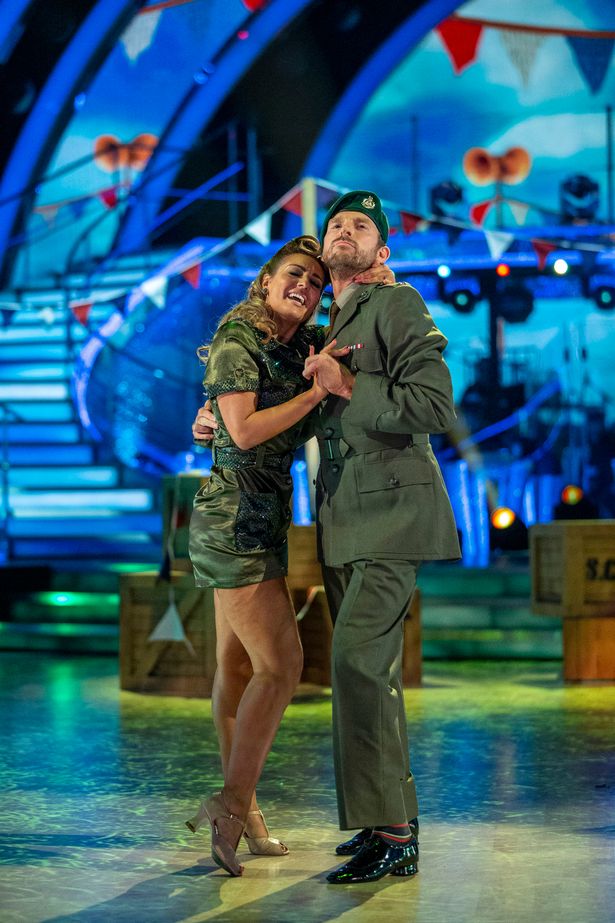 JJ Chalmers says he’s headed for the operating theatre as soon as his time on the dancefloor comes to an end.

The former Royal Marine is currently taking part in Strictly Come Dancing, but says he’ll be having surgery to remove shrapnel from his leg as soon as his time in the BBC contest is over.

He’s said he’ll go under the knife after his leg became inflamed by the warzone shrapnel stuck inside during his training and he was forced to dance through the pain.

The 33-year-old says he’s in constant agony during his training with professional partner Amy Dowden.

He told The Sun : “My body is covered in scars and it’s full of shrapnel and frag and stuff from Afghanistan, which can sit quite happily for many years without any real issues.

“These are just the genuine side effects of being alive, that’s the simplest way I can put it, enduring some level of pain.

“Until it gets to you know, an unbearable point or a really discomforting point, I’m not going to allow it to stop me doing what I love doing.

“And right now that’s dancing. But on the flip side, it might seem quite alarming to people that I’ve done most of this competition with an infection in my leg but that’s just the reality of what happens with this particular piece of shrapnel until they remove it.”

* Strictly Come Dancing airs Saturdays and Sundays on BBC One