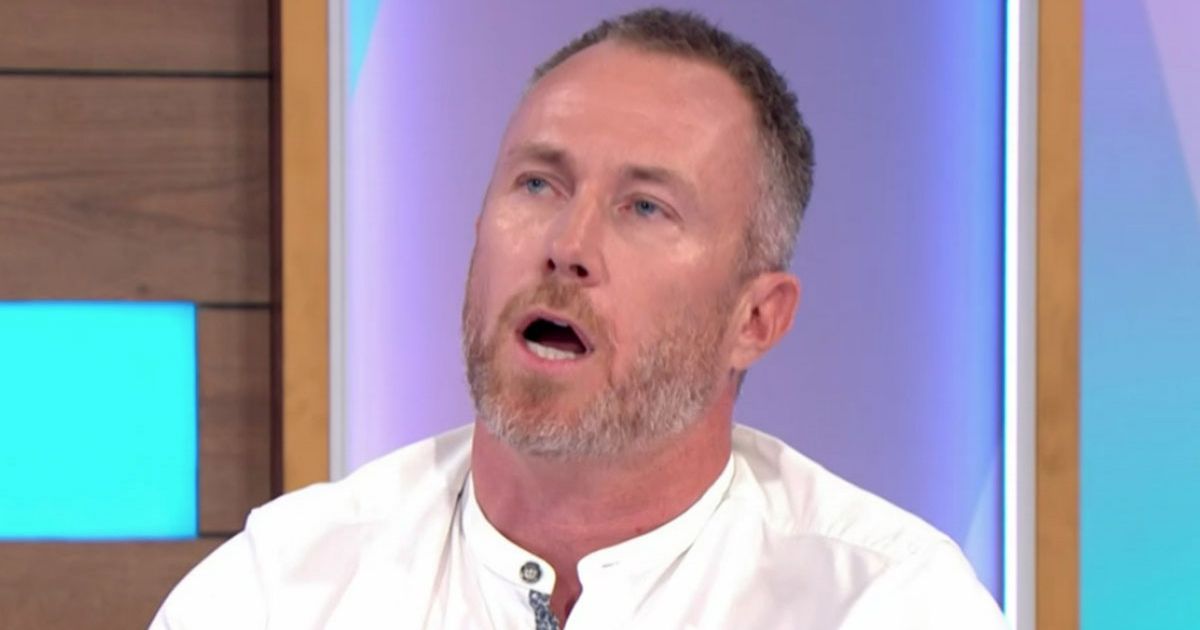 James, 43, joined the panel show on Friday alongside Strictly judge Craig Revel Horwood, 56, and there was a discussion about weddings.

The panel focused on whether it’s right for a bride and groom to pick their wedding party based on appearances and asked their guests for their thoughts.

The dancer, who married to fellow Strictly star Olga, insisted he wasn’t comfortable with the suggestion that couples should make those decisions based on looks alone.

He said: “But choosing people because of the way they look, isn’t that a bit…”

Coleen Nolan made a cheeky joke about going to Specsavers
(

Coleen then jumped in and added: “Well I don’t know… Ola chose you. What was she on at the time?”

Craig added: “Well, exactly,” and Coleen then said: “Yeah she needs to go Specsavers like I did.”

The comment made the whole panel laugh, with James jokingly calling her “rude”.

James has been married to Ola since 2003 and they welcomed their first child together, a daughter named Ella, last year.

They endured a heartbreaking fertility battle in their bid to become parents and finally conceived after IVF treatment.

Speaking back in 2019, Ola admitted she longed to become a mother and had spent years trying to have a baby.

Doctors had warned her she only had a 50/50 chance she would get pregnant.

She told Hello! magazine : “I would love to be a mum with all my heart and I just thought it would happen naturally.

“James is also desperate to have babies and I just wish it could have happened by now. That’s the one gift I would love to give him.

“I guess I just thought, like most women, that I could choose when the time was right for me; that I could have my career and then have a baby when it felt right. But for us it just hasn’t happened like that.”

They were both overjoyed when Ella arrived last year.

Speaking after her birth, James later admitted he regrets not trying to start a family sooner.

He told The Sun : “If I could turn back time, I probably would have had kids, yes.

“We have always focused on our careers, making money, having a nice house and car, but I’ve always been a saver. Neither of us are big spenders. I now feel like all the material things are not important.”