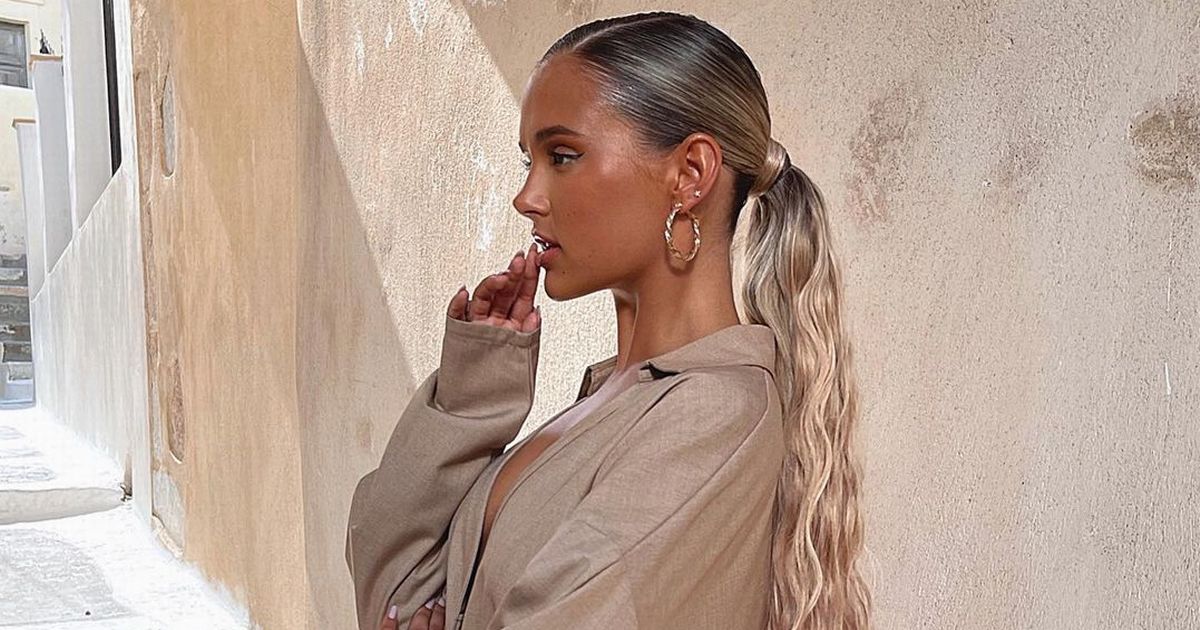 Love Island has seen some big success stories over the years with some of its stars now millionaires, whilst others have gone down a completely different career path – and of course there’s been a couple of marriages too!

Molly-Mae swoons over Tommy Fury as they attend wedding

Love Island has been on our screens for seven series now and has made us crack a smile as well as shed some tears as we watched the highs and lows of the Islanders’ relationships play out on screen.

But whilst things haven’t always worked out for the best for the show’s contestants, there are many success stories that have come from the programme including for the likes of Cara De La Hoyde and Nathan Massey and Dr. Alex George.

From millionaires to happily married couples to unusual career changes, we take a look at some of Love Island’s biggest stars and just what made them so successful.

Molly-Mae appeared on the 2019 series of the show, where she ended up finding love with boxer Tommy Fury. And whilst their relationship has been successful, Molly-Mae’s bank balance is incredibly healthy too.

The influencer raked in over £550,000 in just one year from her lucrative brand collaborations on social media and her popular YouTube videos and the hefty injection of cash gave her official millionaire status.

She even has her own beauty brand, Filter by Molly-Mae, which produces luxury-style bottles of fake tan, whilst she’s also collaborated and done edits with fashion company, Pretty Little Thing.

It was also revealed by her manager Francesca Britton that she declined a £2 million offer from a high street clothing chain to front their products.

“A high street fashion brand came along last year, offered me £2million, which is a lot of money, a hell of a lot of money … I thought, ‘Brilliant!’ and then I said to her, ‘How do you feel about that?’ She said no,” Fran explained.

Olivia and Alex met on the second series of Love Island
(

There’s no love story quite like Olivia and Alex Bowen’s. The couple met way back on the second series of Love Island and have gone to move in together, get married and are now talking about having kids together.

But aside from their love, the couple are the show’s wealthiest former contestants. Aside from their own £1 million home, they recently set up The Bowen Homes Ltd and splashed out £100,000 on a Wolverhampton property.

Love Island will continue for many years despite ratings fall, says ITV boss

Olivia also explained how she went from earning £1500 a month as a sales executive to now raking in £50,000 a month.

“It’s a bit scary. It makes me feel a bit sick saying it out loud!”

Dani appeared on EastEnders with her father Danny

Dani already had a taste of fame as the daughter of EastEnders star Danny Dyer but since winning the show with her now-ex Jack Fincham, she has gone on to have a complete career change and even acted alongside her dad.

The 25-year-old appeared on an episode of the BBC One soap, where she came face to face with her dad’s character Mick Carter as she played a taxi driver who picked up Mick from Albert Square.

“We have acted together before but this was definitely a lot more than what we’ve done in the past and it was brilliant,” she said.

“I really love working with my dad he really does make work easy with whatever we do together.

“My dad’s also got a habit of trying to make me laugh, so I really had to ignore the little things he did.”

Dr. Alex has been working throughout the pandemic as an A&E doctor

Anyone would admit Dr. Alex George wasn’t too successful finding love on the show and he ended up without a romance when he exited the villa. But whilst things didn’t quite work out on the love front, Dr. Alex has gone on to be incredibly successful.

He was recently appointed as a Youth Mental Health Ambassador by the UK PM Boris Johnson.

“I am honoured to be appointed for this role where I’ll be working closely with government to make mental health an absolute priority and hope to have a positive impact on the lives of young people and their education for good,” he said in a statement.

Whilst Boris added: “I’m delighted that Dr. Alex George will be working with us as we do everything in our power to improve people’s mental wellbeing.”

Chris is now a racing pundit
(

Chris was coupled up with Olivia Attwood whilst on Love Island, but whilst their relationship came crashing down following the show, his career trajectory went in a completely different direction – up and up and up.

The influencer now works as a regular presenter with ITV’s racing team and he recently explained to Racing Post how he hopes his appointment on the team will encourage younger people to get involved with racing.

“That makes it all worthwhile, seeing a younger audience take an interest in racing, because it’s an unbelievable sport, we know that,” he said.

“It’s great that it opens up that demographic of viewers with people tuning in to watch ITV Racing and if I can have an influence, that’s brilliant.”

Camilla and Jamie found love in the villa
(

And they went on to have daughter Nell together
(

Fans were thrilled when Jamie Jewitt entered the Love Island villa and swept unlucky in love Camilla Thurlow off her feet.

And since the show, they have only gone from strength to strength and they have now welcomed daughter Nell together.

In one cute snap, Jamie can be seen cradling his daughter as they play with crayons.

He captioned the photo: “Nell was a natural at her first attempt with crayons. I’m still useless.

“But I showed her how to hold them. Job done.”

They plan to marry soon but Camilla recently admitted they are “a little bit behind” on the admin for their wedding.

“Sometimes I have… I’ve definitely fallen a little bit behind on the wedding admin, but I can catch up. It’s fine,” she told OK! magazine.

Cara and Nathan won the second series of Love Island
(

They have two children together, son Freddie (pictured) and daughter Delilah
(

Cara and Nathan won the second series of Love Island in 2016 and they’re still together now!

The couple briefly broke up after the show but they soon rekindled their romance and went on to get married and have two children – Freddie and Delilah – together.

Nathan’s proposal was pretty romantic and he even took the poem he wrote for her in the villa and read it out as part of his vows at their wedding.

“I took her back to the Love Island villa and I did a treasure hunt of moments that meant something to us,” he recalled on reunion show Love Island: What Happened Next? of his proposal.

“I got down on one knee exactly where we first met. It was the most beautiful wedding.”