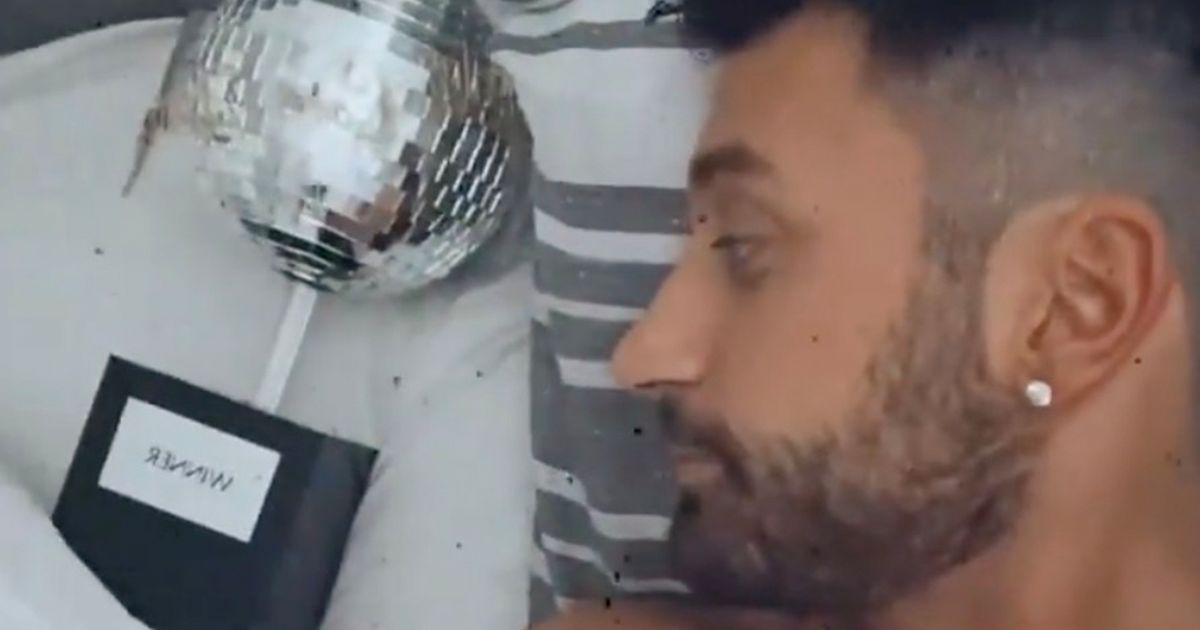 Strictly: Giovanni Pernice cuddles up to glitterball trophy in bed

Giovanni shared a video of himself shirtless in bed, snuggled up with his and Rose’s Glitterball trophy now that he has finally won the show.

He played the song A Thousand Years over the video, as he lovingly gazed at the latest addition to his home.

The short video included the lyrics, “I have died everyday, waiting for you, darling, don’t be afraid-“, but was cut off before reaching the songs signature line “I have loved you for a thousand years”.

Rose Ayling-Ellis and Giovanni Pernice were favourites throughout the show

Giovanni also included a visual aid of the lyrics, making the clip much more accessible to a wider audience.

Giovanni joined Strictly as a professional dancer in 2015, and although he has come extremely close to winning a handful of times, he’s never been able to take the trophy home before this year.

But last night that all changed, as he stole the show with his dancing partner Rose.

Fans were ecstatic to see him finally secure a win after he’d spent over half a decade on the show.

The 31-year-old thanked Rose for making his “dreams come true” as the two made history.

Rose and Giovanni won the top prize on Saturday night
(

Speaking after their win, he said: “Incredible. I have to say, thank you to this beautiful, young lady that made all my dreams come true.

“It took me seven years to get that thing! You became the best dancer, the best teammate I could have asked for. You are a dream Rose, so thank you for everything.”

Rose also had kind words to say to her partner, telling him: “I just want to say you are so amazing. You pushed me to believe in myself. You are an incredible teacher, but not just that, you are a wonderful friend.

“We’ve gone through a lot, and no matter how busy we get, you’ve always got a piece of my heart, you really do.”

This year’s final was a little different with only two couples competing, after AJ Odudu was forced to pull out 24 hours beforehand due to an injury.

Giovanni and Rose performed three breathtaking dances in the final, including their couple’s choice song that provoked an emotional reaction.

The routine – which was performed to Symphony by Clean Bandit featuring Zara Larsson – was first shown in week eight, when it left viewers and judges in tears with the moment of silence in honour of Rose and the wider deaf community.

They also revisited their Quickstep from Musicals Week, which used the song Love is an Open Door from the hit film Frozen.

Rose is the first deaf champion of the show, with her having to learn the moves differently to the majority of the contestants.