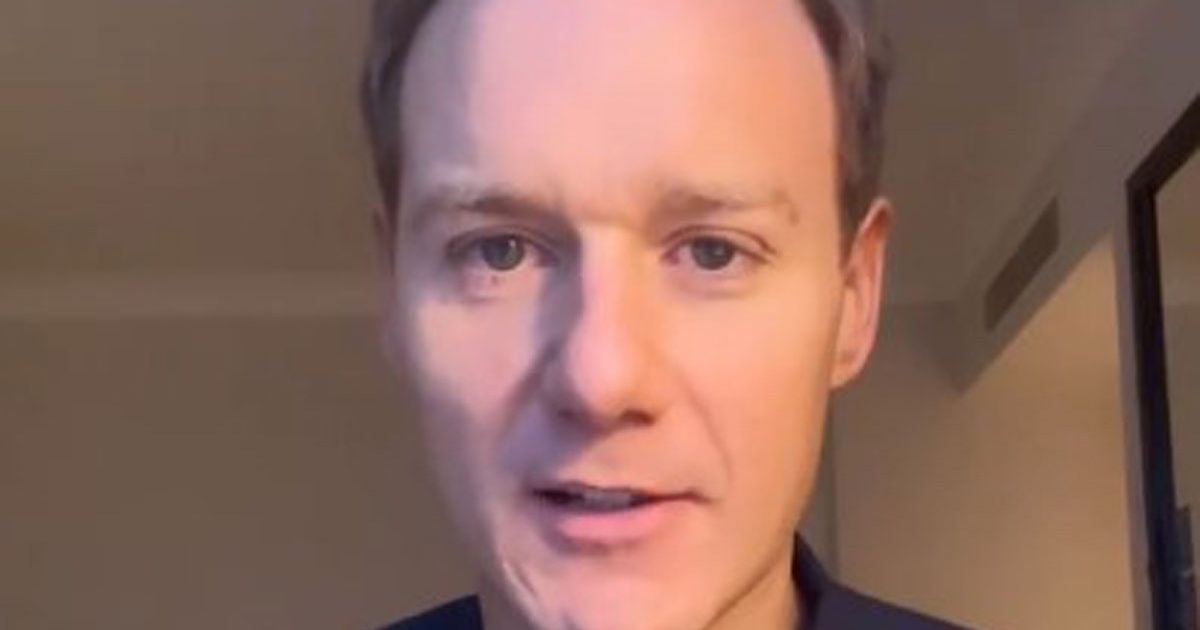 BBC Breakfast presenter Dan Walker, 44, shared a photo of some rather painful-looking physio treatment after injuring his leg

Dan Walker certainly isn’t taking it easy ahead of the Strictly quarter-final.

The BBC Breakfast presenter, 44, shared a photo of some rather painful-looking physio treatment after injuring his leg.

Taking to Instagram this afternoon, Dan revealed that he had dislocated his knee five times while playing football in the past – which has in turn caused havoc on his legs.

He shared a photo on his leg pulled up by a physiotherapist, knee shaved and suction cups painfully attacked to the skin of his leg.

Dan wrote: “Watching the football after a spot of physio on my knee.

“Dislocated it 5 times during my [football] playing days and this dancing business is quite hard work.

“This is @darel_evans… he and @jen_nash_ (the other physio) are magnificent humans but he does enjoy pain far too much.

“Yes I had to shave my knee so the tape sticks.”

Fans were left wincing at the treatment, with one commenting: “Oh I remember having those on my back. The bruising after was horrendous.”

While another commented: “Cupping therapy looks so painful.”

There has been much discussion as to whether Dan should remain in the competition, with some fans fuming that the show is a “fix”.

Dan himself has been bombarded with abuse following furious social media posts, which he responded to at the weekend.

However, judge Craig Revel Horwood insisted to the Mirror that Dan deserves his place in the competition as much as anyone else.

“I think that everybody that’s there [deserves their place],” he said. “The public loves him and who says that they’re wrong?”

Craig also said that watching the show from home gave him a new perspective on everything.

Dan is gearing up to perform with Nadiya this evening
(

The 56-year-old was forced to isolate at home after catching Covid – something that fellow judge Motsi Mabuse also had to do the weekend afterwards.

He said: “You’re more involved in the celebrity’s story at home,” he explains. “Whereas at work I’m not as influenced by the VTs or anything, because I’m just there to judge that 1 minute 30 dance and not the actual story that surrounds it. Whereas when I was sat at home, you do.

“And then I see why people vote for people like Dan [Walker]. It’s interesting, isn’t it? Because he’s probably one of the weaker dancers out of everyone that is left in this programme but you still feel for him.

“So you sort of invest in that. It’s a totally different sort of experience so I understand now why the audience are given 50% of the vote.

“I’m just there to uphold and wave the dance flag professionally, but then the people at home, they’ve invested in the human being themselves and their story and journey throughout it.”

*Strictly airs tonight at 6.40pm on BBC One