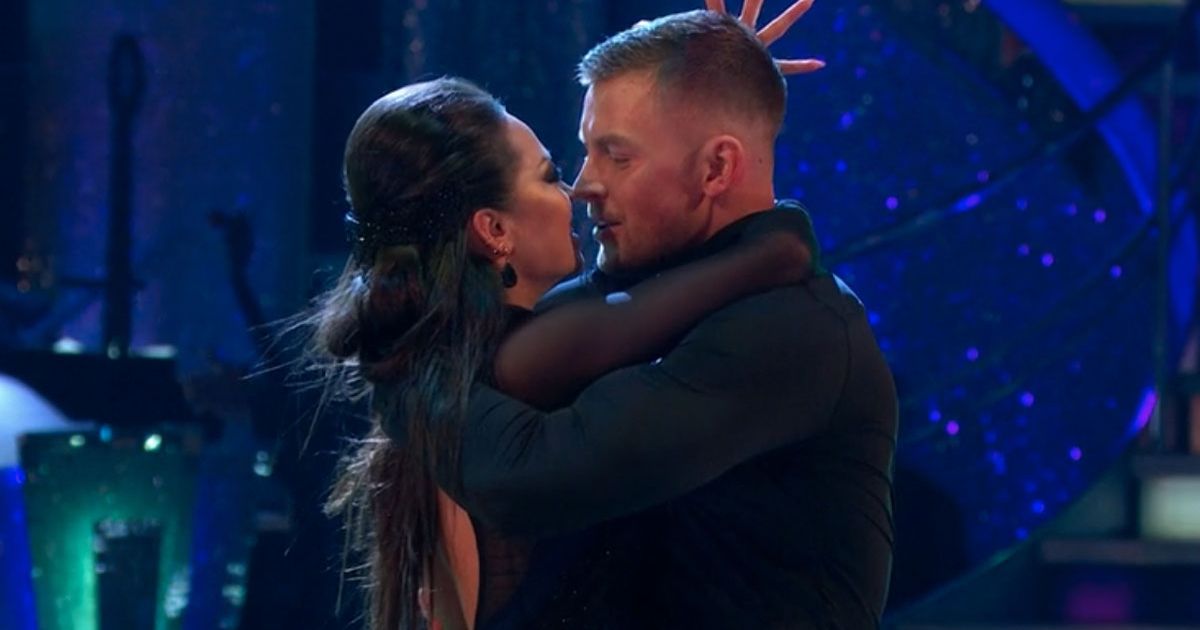 Strictly Come Dancing’s Adam Peaty has posted a cryptic social media post after being accused of ‘nearly kissing’ his dance partner Katya Jones on the show.

The Olympic swimmer, who is in a relationship with Welsh artist Eiri Munro, appeared to address the situation on Instagram with his 571,000 followers.

On his Instagram stories, he wrote: “You soon realise who the real ones are”, leaving fans curious to what he could be referring to.

Adam and Katya became the talk of Saturday night after dancing their sexy Argentinian Tango routine to Fleetwood Mac’s Tango In The Night.

In the final moments before the dance finished, the couple were seen staring into each other’s eyes with their faces inches apart.

As they break out of the routine, Adam is seen leaning in towards Katya.

Fans believe the 26-year-old was going to kiss her, before stopping himself when he realised he was on TV.

But despite the reaction from fans, Adam’s girlfriend Eiri has seemingly laughed off the kiss suggestions.

The 23-year-old mother of Adam’s child posted a spoof video on TikTok of herself crying to the trending sound of a whining baby.

Above the clip, she wrote: “Watching your boyfriend almost kiss another woman on live tv… Finding out 10 million people also watched it live.”

Hours before Adam and Katya’s steamy dance Eiri – who shares 13-month-old son George-Anderson with Adam – also insisted she was “not worried” on Instagram.

Adam’s girlfriend Eiri made a joke of the ‘near kiss’
(

The video Eiri posted on TikTok
(

Dancer Katya is no stranger to controversy after previously being caught up in a ‘Strictly curse’ scandal with comedian Seann Walsh back in 2018.

The dance partners were pictured passionately kissing outside a London pub after a day of rehearsals.

At the time Katya was married to fellow Strictly dancer Neil Jones and Seann was in a relationship with actress Rebecca Humphries.

Both issued public apologies after being caught out, but Seann’s girlfriend immediately dumped him.

In a statement issued at the time, Rebecca said: “It’s incredibly good of Seann and Katya to apologise in the media. I have received nothing.

“These pictures were taken on October 3rd. It was my birthday. I was at alone at home when Seann texted at 10pm saying the two of them were going out for an innocent drink.”

She confirmed she was leaving Seann, who she described as “controlling”, adding she was also taking the cat.

Katya and Neil, who had been married for seven years, tried to work things out but they split a year later.

Although they remain amicable as Neil still works on the show alongside his ex.

Neil was eliminated in the first week of this year’s competition after being partnered with EastEnders’ star Nina Wadia.