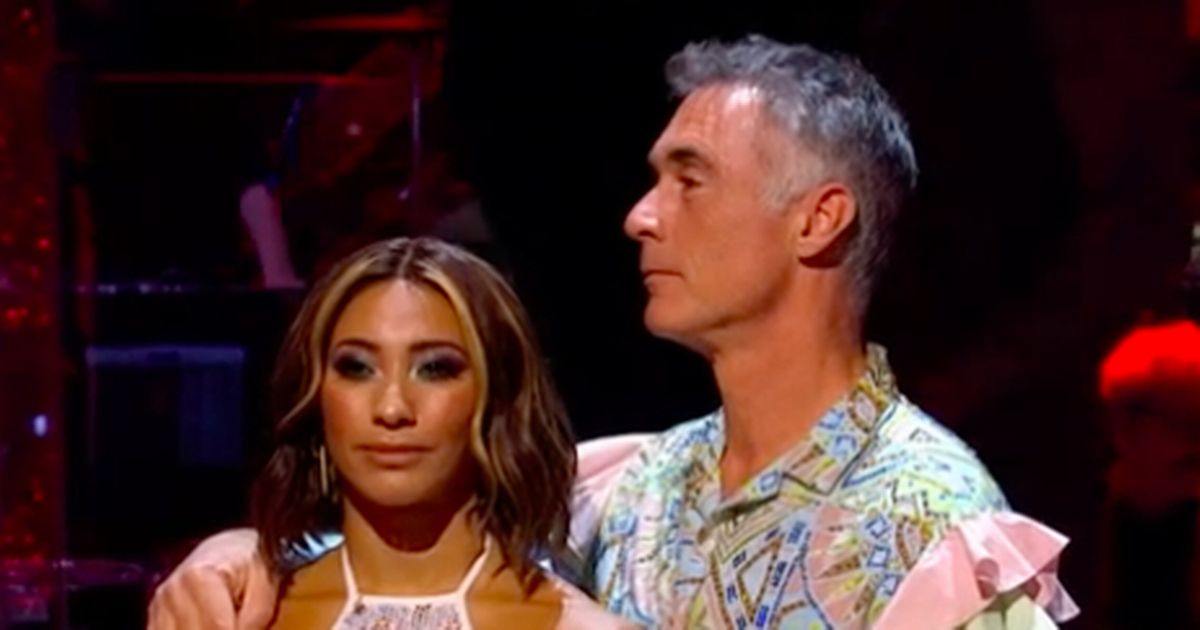 Strictly: Tess asks Greg and Karen if they’ll be ‘friends for life’

The pair became the latest couple to be eliminated from the BBC competition, but many viewers reckon there’s no love lost between them.

Greg had taken on Loose Women star Judi Love in the dreaded dance off, but when three out of the four judges chose to save Judi, Greg realised his time was up.

He’d danced a rather energetic Samba to hit song Macarena, and admitted he was “very nervous” about performing the routine.

He added: “I’ve had an amazing time, I feel unbelievably privileged, so thank you all for having me.”

But he failed to thank his partner Karen on the dance floor – instead only mentioning her in his VT.

Karen, 39, then said: “It’s been a blast. Thank you for the amazing lunches. Thanks so much for the quality of work. Thanks for being an amazing student.

“I really enjoyed our moments in the classroom and just having fun with you.”

Appearing to ask for assurance, she then turned to father-of-two Greg and said: “I hope you have too.”

Tess then asked the actor: “Greg, have you found a friend for life in Karen?” to which he mumbled: “Yeah, yeah yeah… Well, someone who eats my food.”

Greg failed to thank his partner Karen on the dance floor, instead only mentioning her in his VT

Another tweeted: “Thank the Lord, Greg has gone. Have a feeling Karen is relieved #Strictly.”

A third person added: “I get the vibe that Karen isn’t actually too keen on Greg #strictly.”

And a fourth said: “Greg wants out. I think Karen thought she would be in longer. Notice he made a point at saying she was kind repeatedly. Interesting soundbite. #SCD #Strictly.”

Someone else claimed: “Karen and Greg have mentally checked out already #Strictly.”

Others accused Karen of purposely choosing the Samba, knowing that it might not be the best dance for Greg.

“I take it Karen wanted to go home early from Strictly giving Greg that dance #Strictly,” one said.

Another wrote: “Karen knows *exactly* what she’s doing with giving Greg a song like Macarena on a dance he’d struggle with #Strictly.”

Someone else claimed: ““Not sure even Karen wants to win this dance off… #Strictly.”