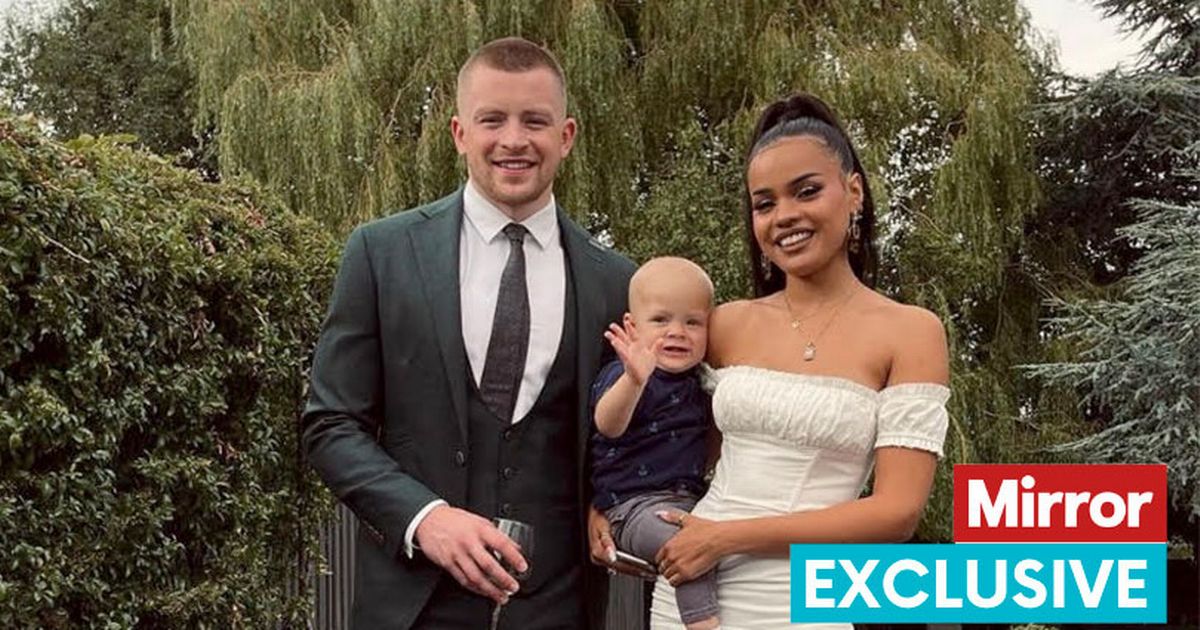 While dancing with pro Katya Jones was clearly demanding on the three-time Olympic Gold medal winner, it pales next to his other big challenge, being a dad

He may have danced his last waltz, but Olympian Adam Peaty is taking his Strictly defeat with grace.

As a champion swimmer who has set a string of breaststroke records, the pressures of competing and pushing himself to the limits are nothing new.

But the physical challenge of Strictly, he says, was “a whole new ballgame”.

He says: “I’ve never had a challenge like this. As an Olympian for 16 years, I’ve pushed my body to places I never thought it could be pushed. I’ve got so much respect for everyone that dances across the world.

“We need to be challenged and we need to have that constant battle to really push ourselves – and Strictly definitely provided that.”

Adam and Katya were voted off tonight
(

But while dancing with pro Katya Jones was clearly demanding on the three-time Olympic Gold medal winner, it pales next to his other big challenge, being a dad.

Now in the first of a two-day series around his new book, The Gladiator Mindset, Adam, 26, admits finding out his new girlfriend Eirianedd Munro, 23, was pregnant was a scary, life-changing moment.

Yet this particular challenge was definitely worth it, now that he has son George, who is 14 months old.

Adam tells us: “I believe everything happens for a reason. Every child is a blessing, right?”

In the book, he reveals how new the relationship was when Eiri got pregnant.

Adam writes: “Not many know this, but we had barely known each other when lockdown occurred. And we received the fantastic but scary news that we were going to become parents. I remember Eiri crying on the phone as she broke the news to me.

“At the time I was in a high-intensive training camp in Australia. It hit me hard in more ways than one, but from that day forward my life changed irreversibly. And for the better.”

They had met on Tinder just two months before Eiri got pregnant in January 2020, and George was born that September. Being a dad has taught Adam what is really important in life.

And, as nice as it would have been, it isn’t a Glitterball trophy.

He tells us: “I understand now that everything comes as a balance and that you’ve got to make sure it stays in balance. That you’re not spending too much time at work or training. These moments, once he’s grown up, you’ll never get them back.

“Being an adult is hard, but being a parent is just ridiculous.”

When it comes to training and competing in the pool, Adam credits his success to his ability to channel rage.

He says: “It’s probably one of my greatest strengths in terms of performance because I think anger is a huge, huge emotion. It can be hugely wasteful, but if you channel it you can literally manipulate your adrenaline. I can use anger, the red mist, to enhance my performance.”

You might think he would have had a lot of rage to channel after whispers that he almost kissed Katya after their Argentine Tango last month, rumours which Adam insists are “not true”.

Adam with his gold medal in Tokyo
(

Eiri laughed it all off with a jokey TikTok post and Adam insists the fuss did not make him angry.

“Not at all,” he says. “Where would that anger be pointed? There’s nowhere to put it, because it’s not true.”

As for Katya, 32, he is adamant they will stay in touch.

He says: “We will be friends for a long time after this I’m sure.”

They were eliminated last night after their Jive put them at the bottom of the leaderboard.

After the result, Katya said: “After the dance-off, I looked at him and he had tears in his eyes. Someone who’s an absolute unbeatable machine… was being emotional about dancing.”

Adam, who has three Olympic golds and two silvers, as well as World, European and Commonwealth Champion titles and an MBE, admits that Strictly was tough, mentally and physically.

He says: “I didn’t know it was going to be as challenging in a psychology sense and in the overall fatigue. But for me that’s the challenge and that’s where we grow.”

Adam, who had a water phobia until he was four, shares his goal-setting philosophy in his book.

He says: “I hope I can create a legacy that’s going to be a good one. One about teaching young people how to swim, how to perform and how to have emotional intelligence.

“Reaching into black communities is hugely important for me, too. With Eiri being half Nigerian, it’s opened my eyes to the fact we’re not doing enough and we could all do more.

“I want to leave the sport in a better place then when I got into it.”