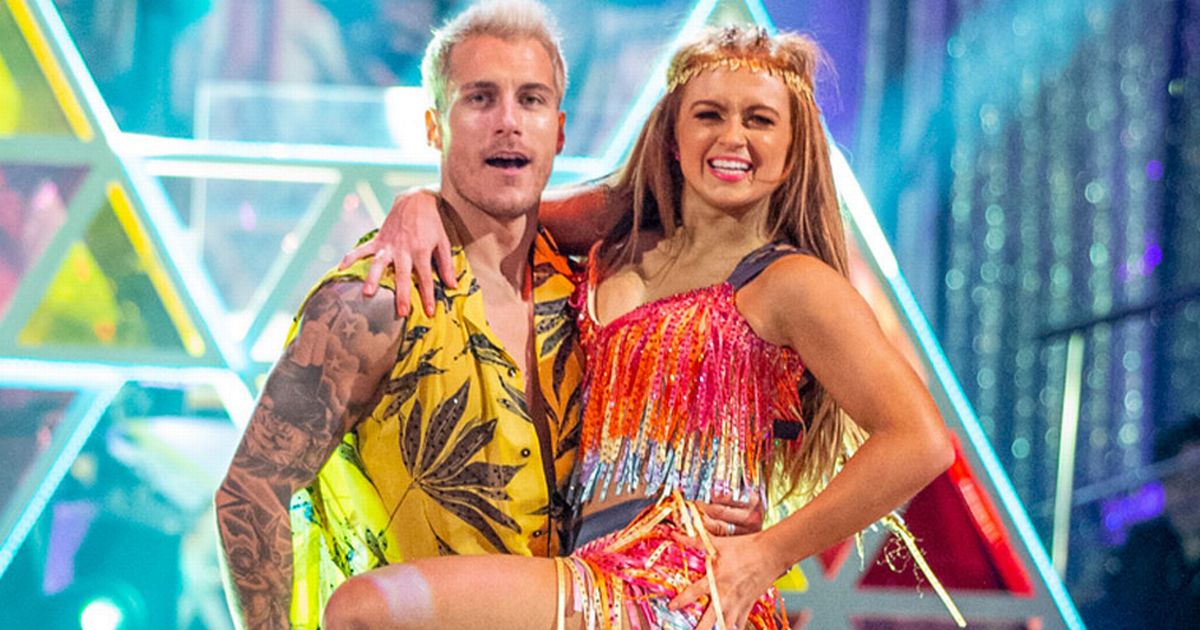 Strictly bosses are reportedly keen to stop any Covid-19 outbreaks as this year, the show will be welcoming back a live studio audience

The stars of the upcoming new series of Strictly Come Dancing have reportedly been told they’ll be kicked off show if they kiss anyone in a crackdown on the Strictly ‘curse’.

Bosses at the hit BBC One dancing show are keen to avoid a repeat of last year’s ‘rule breaking’ between celebs Maisie Smith and HRVY, who were caught apparently breaking the strict social distancing measures.

And they’re also desperate to stop any possible outbreaks of Covid-19, as they’re welcoming back a live studio audience, and have warned contestants that the rule is: “One snog, and you’re out.”

Maisie and HRVY sparked romance rumours as they were spotted outside the BBC studios.

Pictures from the incident last year show the EastEnders star walking close to the YouTube musician, alongside their professional partners Gorka Marquz and Janette Manrara, as they left the studio.

But nobody in the group was adhering to the two-metre distance rule, and they were not wearing face masks.

To prevent another scandal this year, bosses have given the professional dancers, as well as their celebrity partners, a stern warning as they try to do everything within their power to prevent the show from having to shut down due to an outbreak.

Last year, ex-boxer Nicola Adams and her pro partner Katya Jones were forced to leave the competition after Katya tested positive for the virus, and according to an insider on the show, Strictly bosses do not want that happening again.

“This kissing ban is likely to be part of a package of measures introduced by producers to make the show as safe as possible,” they told The Sun.

They also want to reduce any possibility of another Strictly romance blossoming, especially between the married celebrity contestants.

“They want to minimise the risk of any bombshells, particularly as a studio audience is being brought back into the studio this year,” the insider added.

The show has already been hit, after professional dancer Nadiya Bychkova tested positive for Covid last month, which meant all cast and crew members had to isolate for 10 days.

Strictly hit the headlines in 2018 when comedian Seann Walsh, who had a girlfriend, was spotted passionately kissing his dancing partner Katya Jones, who was married to fellow pro Neil Jones.

The new series is expected to start later in September, and will run for 13 weeks, after it was cut short last year due to Covid.

Craig Revel Horwood, Motsi Mabuse and head judge Shirley Ballas will be returning to the judging panel, but sadly, Bruno Tonioli, who is based in the US, will not be returning.

Instead, former pro Anton Du Beke will be his replacement for this series, following his successful stint last year, when he was asked to fill in for Motsi.

She was forced to isolate for 10 days following an emergency trip to Germany, and Anton took her place on the judging panel while she stayed away from the studios and quarantined at home.