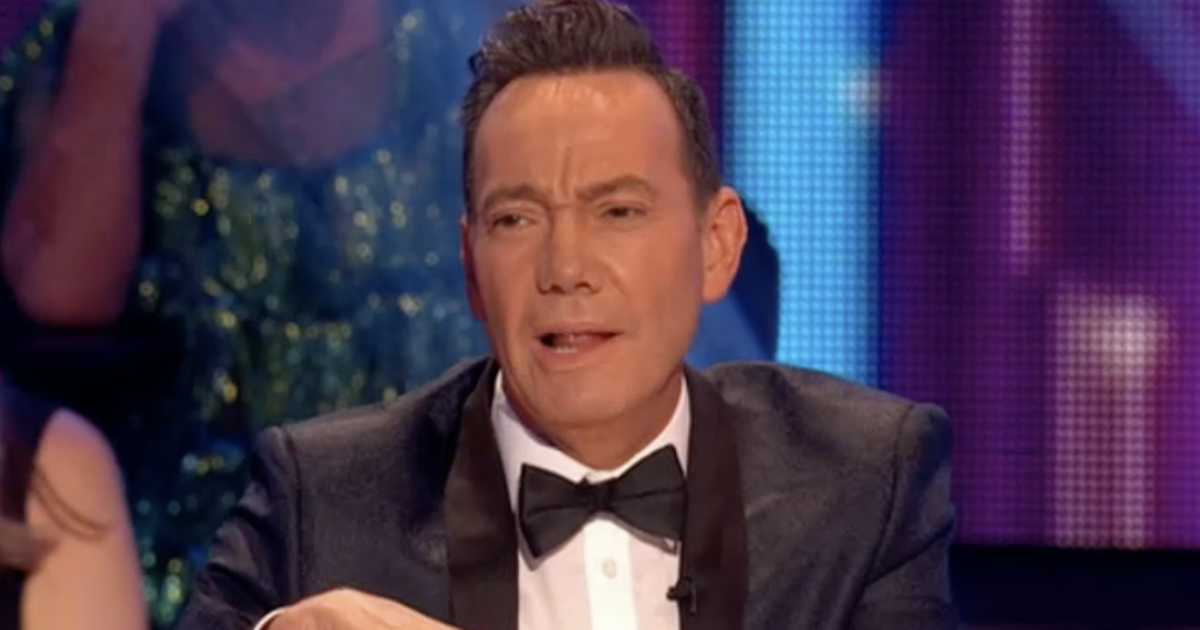 Tom Fletcher and professional dancer Amy Dowden were forced to miss week two of Strictly Come Dancing after testing positive for Covid-19, but returned on Saturday

Strictly: Tom and Amy perform the jive to Back to the Future

Strictly Come Dancing’s Tom Fletcher returned to the show on Saturday night, for the first time since his Covid-19 diagnosis.

But judge Craig Revel Horwood was on hand to bring his celebrations back down with a slight bump, offering some critique on how he can improve.

On their return, Craig said he actually liked Tom and Amy’s routine, and just had some minor points – but it was enough for those in the audience to boo him.

His advice to Tom was: “It was a little flat footed at the beginning, and then…” before he was interrupted.

He then added: “I was going to say it got better, and better and better. What a comeback, brilliant.”

Tom took it all in his stride, as the other judges all welcomed him and Amy back with positive feedback about the performance.

Tom and Amy were forced to miss week two of the series, that saw Nina Wadia and Neil Jones voted out in the dance-off.

The pair were unable to rehearse together in the same room until this Wednesday just gone, due to them self-isolating.

Instead they were training via Zoom calls, which Tom admitted had been tough for both of them.

On their return, Craig said he actually liked Tom and Amy’s routine
(

But the past few days allowed them to get back to it, ahead of their comeback performance on Saturday night.

They performed a Jive to the song Johnny B Goode by Chuck Berry which featured in the hit movie Back To The Future, with it being Movie Week this time around.

Viewers were as equally as impressed as the judges about the comeback routine too, taking to Twitter to praise the duo.

It comes amid viewers of the BBC series calling for bosses to make a major change, after the first vote-off a week ago.

Like every series, the results show airs on Sunday night – the night after the live show.

However it is actually filmed on Saturday evening, and while fans are aware of this, they are still not happy as it has led to result leaks for years.

Not everyone is keen on this, and fans have called for the show results to air on Saturday night to stop any future leaks.

Strictly Come Dancing airs Saturday nights on BBC One, with the results show on Sundays.