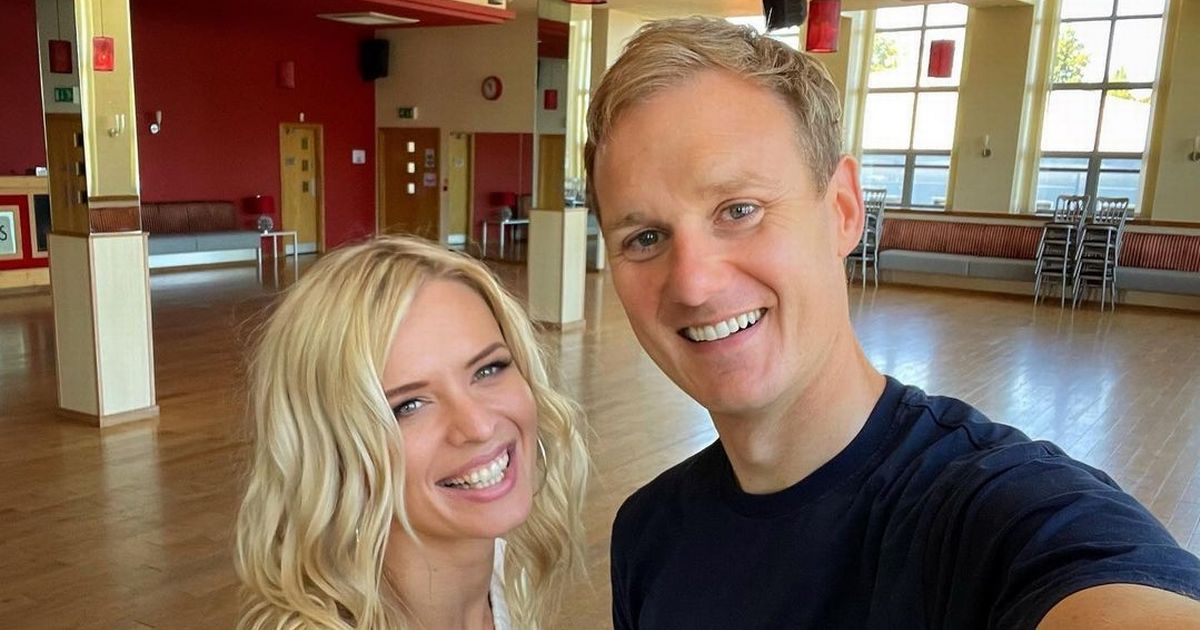 Strictly: Dan Walker explains why he doesn’t work on a Sunday

Dan Walker won’t be dancing on Sundays during this year’s Strictly Come Dancing – or doing any work whatsoever.

The BBC Breakfast presenter has been dazzling us on the dance floor over the last few weeks with professional dancing partner Nadiya Bychkova.

But the pair will not be rehearsing for their dances on a Sunday, because Dan has vowed never to work on that day due to his family and his religious beliefs.

This has led many Strictly fans to question whether the former Football Focus host will be able to take part in the Sunday night results show – but there is a catch.

Dan, who lives in Sheffield with his wife, Sarah, and three children, aged 14, 12 and 10, will be using his day off to ‘gain perspective’ on his scores and performances of the night before.

And this is nothing new, as Dan has always made sure that he devotes the final day of the week to his loved ones and his faith.

Dan, who is an Evangelical Christian, has previously explained the importance of his religious beliefs as he continues to raise his young children.

“I’ve always had that day as a family day. Sometimes, it’s been difficult, and some people find it peculiar that that’s the stance I’ve chosen to take. But it’s really important,” he told The Independent.

“I work a lot, so I have to make up for the fact that I’m not there. My faith is important to me. It’s what makes me tick.

“Having that time to rest, gain perspective and concentrate on the important things in life keeps me grounded.”

So how will Dan be able to take part in the results show? Well there’s a simple answer.

At the end of every episode of Strictly we hear Tess Daly and Claudia Winkleman telling us to “keeeeeep dancing” before they disappear from our screens.

However, no one actually leaves the studio at that point because the show is not over.

After a break for the public to get their votes in, the judges, dancers and presenters all come back wearing different outfits.

That’s because they film the results show straight after on the Saturday night, so everyone keeps referring to “last night” when they discuss the main show.

Because it’s recorded in advance, the show can be edited together to speed it up and if there are mistakes they can be filmed again, although not if they happen in the dreaded dance-off.

This means that Dan doesn’t actually go into work on Sunday, so he can keep up his tradition of not working while enjoying the show from is own living room.

Speaking on Loose Women earlier this week, Dan explained why devoting a day to his faith and his family was close to his heart.

“Yeah and, can I just say thank you as people often look at that and treat it very negatively but I think you did it really sensitively,” he told the Loose ladies after their discussion on the subject.

Dan continued: “The way that I look at it is I work hard six days a week and my sister’s a nurse in intensive care and she works on Sunday but it’s a choice I made a long time ago to try and set that day aside to spend that day with my family and church and doing things slightly differently.”

He added: “It’s not something that works for everybody but it really works for me and I think it gives me a really good perspective.

“And my kids know, wherever I am with busy stuff all over the place, I’ll be there on a Sunday and that’ll be a day we spend together as a family.

“And no one at Strictly ever does anything on a Sunday anyway, so it’s not like I’m missing out on anything, but for me, it helps me tick and keeps me going.”

*Strictly Come Dancing airs tonight on BBC One at 6.45pm