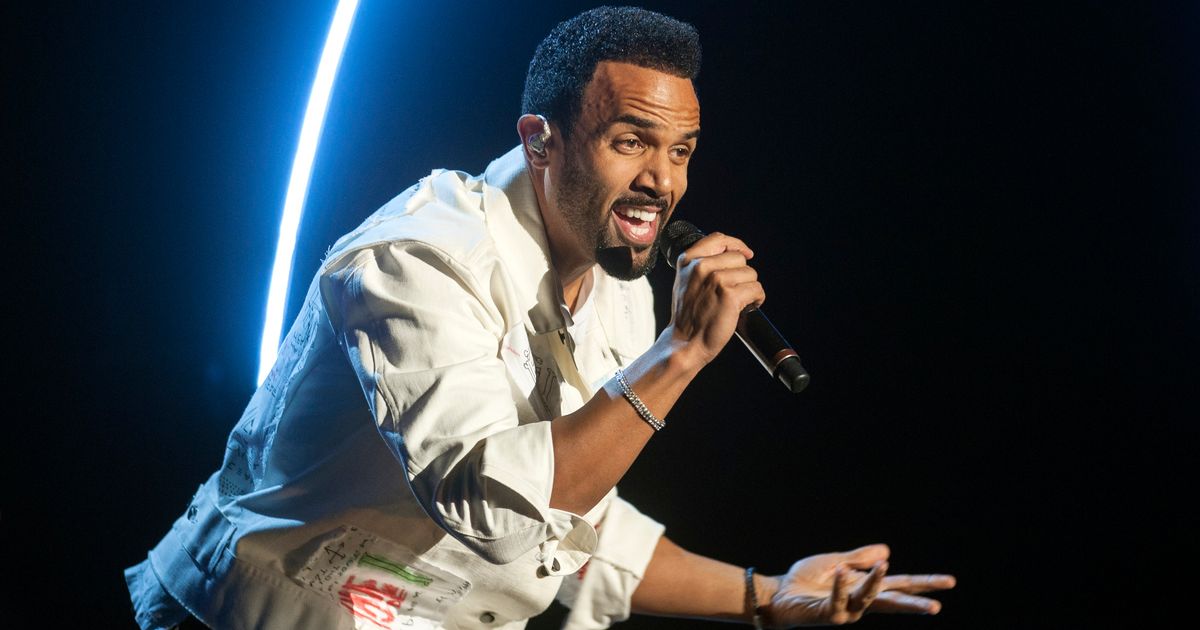 Simon Cowell is banking on some naughties nostalgia to propel his new TV show towards success – after singing up Craig David as a judge.

The 62-year-old talent show maker is set to launch a fresh assault on the entertainment industry later this year by unleashing a new music game show called Walk The Line on ITV.

And Si is convinced that adding 40-year-old Fill Me In singer Craig to the line-up will seal the deal with viewers to make the series a certified success.

Simon and Craig are due to be joined by an as yet unidentified third judge, while the show itself is to be hosted by presenter bombshell Maya Jama, 27 – with contestants battling out to win half a million pounds.

According to The Sun on Sunday, the makers of the show are absolutely thrilled to have signed Craig to the judging panel as they believe he gives the show star power, credibility, and will appeal to TV viewers.

The source said: “Craig David is an icon of the British music industry – but he’s also as relevant today as he was when he burst on the scene back at the beginning of the Noughties.

“He’s appeared on Simon’s shows before – and he’s widely respected – so it would make perfect sense for him to be involved in Simon’s new show.

“It’s an exciting move and adds real credibility to the panel. You can always rely on Simon to keep it fresh and get everyone talking.

“Backstage bosses are excited for this show to air as it’s going to be exciting, and the massive cash prize will create a real buzz.”

Earlier this year, Variety described Simon’s new show as: “The format sees musical acts take to the stage to perform, as well as a panel of judges headed up by Simon Cowell.

“The top two performers of the evening then face a decision in their bid to be crowned champion — to either go home with a cash prize, or walk the line and play on.

“Should they stay in and top the leaderboard, they will then progress to the next show, facing a different cast of performers.”

If the contestants opt to fight on, they will stand a chance of winning an even bigger cash prize the following week.

While Simon described the show himself as: “We wanted to develop a show which will give the contestants a life-changing cash prize if they win.

“Each show there will be a champion who must make a vital decision: either cash out then and there or stay in the contest to compete again the following night and have a chance to claim the huge prize. It’s the kind of decision that will have viewers on the edge of their seats.”

Earlier this year, it was revealed ITV had axed The X Factor after 15 years and after ratings plummeted.

Simon has had difficulty creating other hit shows – with the much hyped music game show Red Or Black? flopping in 2011 and being cancelled after two seasons.

While The Greatest Dancer – a show he produced and featured protégée Cheryl Tweedy as a head judge – was axed by the BBC after two seasons following middling viewership and lukewarm reviews.

Leigh Francis brutally lampooned Craig for years on his sketch show Bo Selecta! – reducing the singer to a laughing stock
(

Craig had the last laugh, however, as he enjoyed a massive music come-back in 2016
(

Meanwhile, Craig has had a mixed career of his own – having enjoyed success in the early 2000s with smash hit singles including 7 Days and Re-Rewind (The Crowd Say Bo Selecta).

He was then brutally reduced to a national laughing stock when Leigh Francis – better known to many as his alter-ego, Keith Lemon – lampooned him in his comedy sketch show Bo’Selecta! from 2002 until 2009.

Craig had the last laugh, however, as he rebuilt his career in 2016 when he landed a number 1 album titled Following My Intuition – while follow up album The Time Is Now hit number 2 in 2018.