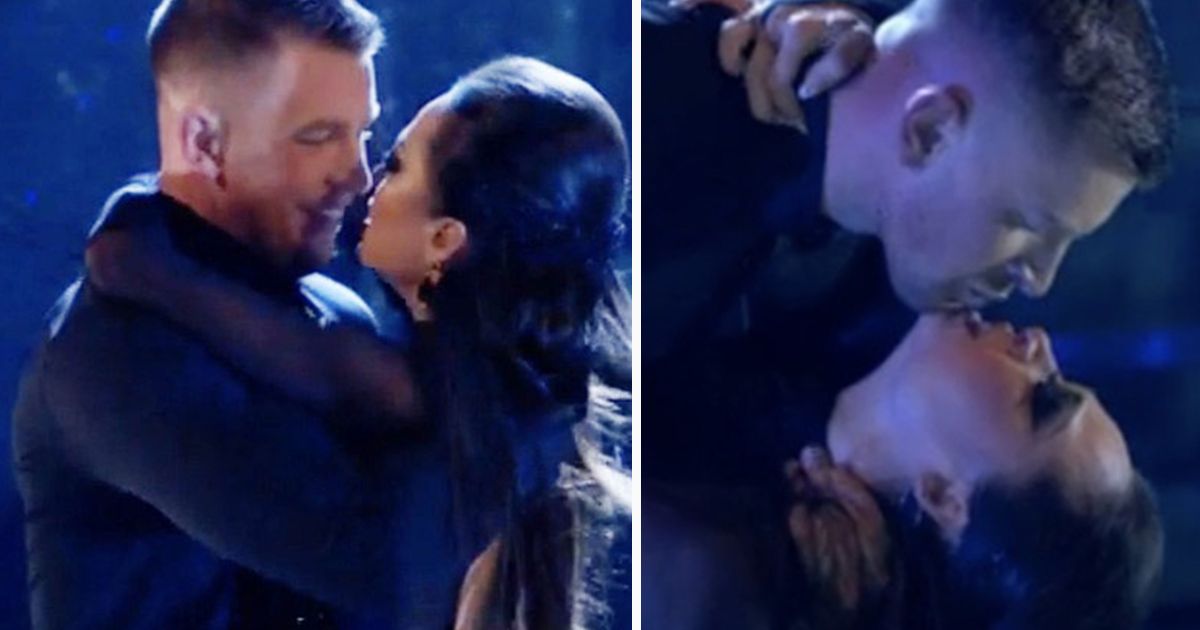 Strictly Come Dancing fans were shocked by a performance between Adam Peaty and Katya Jones on Saturday night – with many viewers convinced the dance partners almost locked lips live on stage.

The 26-year-old Olympic star is paired with 32-year-old dance professional Katya as part of the 2021 season of the long-running BBC dance competition.

And on Saturday night, they set the dance floor ablaze with a sizzling Argentine Tango routine which saw them skip, twirl and slide across the floor.

The routine finished with Katya bending over backwards while Adam supported her frame and the pair had their faces incredibly close together.

The couple paused with their lips mere centimetres from each other, before Adam gently pulled his dance partner back up to standing position.

The dance couple then smiled wildly at each other and pulled apart while the viewing live audience exploded into rapturous applause.

Viewers watching at home took to social media to comment on the sexually charged performance – with many questioning just how close the duo got at the climax of their dance.

Adam and girlfriend Eirianedd Munro have a son together
(

One fan questioned on Twitter : “Did Adam and Katya just nearly kiss?! #Strictly.”

Another remarked: “Adam definitely nearly kissed Katya at the end there #Strictly.”

While a further fan exclaimed: “So – what happened with Adam Peaty and Katya when they stood up? Awkward!!”

Footage showed the couple seemingly giggling and laughing as they imitated a kiss when they rounded off their performance.

Some viewers fear that other contestants on the current competition will not be able to compete when it comes to their turn to demonstrate the Argentine Tango.

One fan commented on Twitter while sharing a clip of the dance: “good luck to all the couples who’ll perform an argentine tango on #strictly this year knowing full well their dance will be compared to this.”

Adam has been in a relationship with Eirianedd Munro since he was a student at Loughborough University – and last year the couple welcomed a son named George-Anderson together.

Adam and Katya are competing for the Glitterball Trophy
(

Her marriage to Neil came under strain in 2018 when she was photographed snogging her then-Strictly dance partner Seann Walsh while still married.

While Katya and Neil put on a brave face for months after, and denied they were victims of the dreaded ‘Strictly Curse’, the couple announced their marriage was over the following year.

Strictly Come Dancing continues tonight on BBC One at 7:10pm.