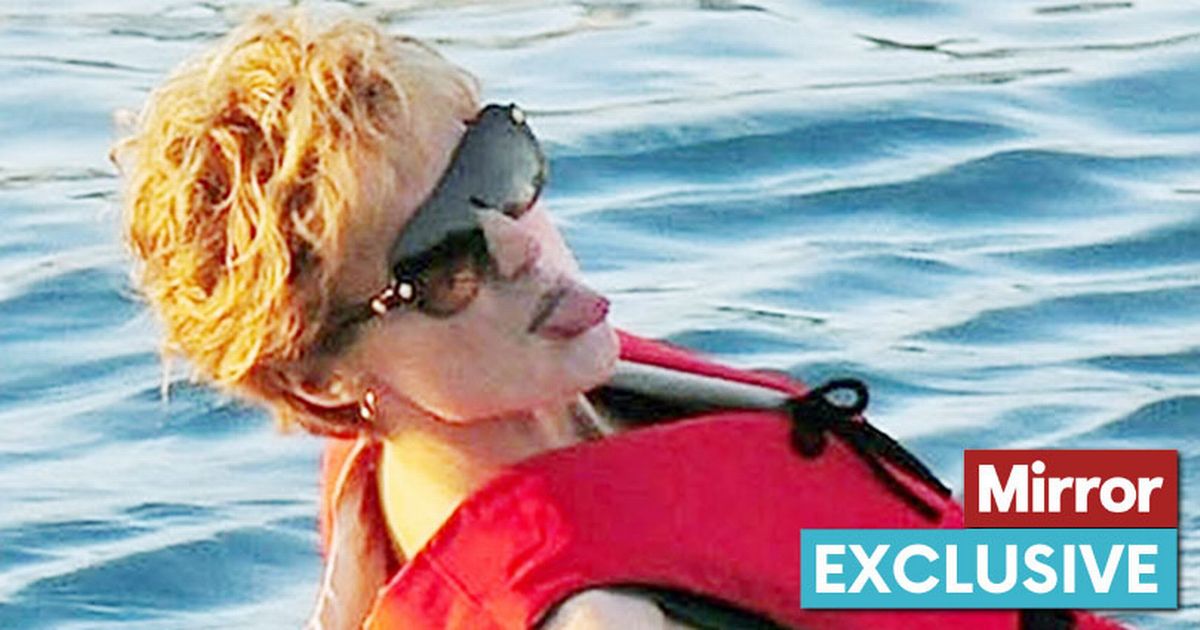 Actress Elizabeth Debicki leans back on a jetski, sticks out her tongue… and looks the spitting image of Princess Di. In a second shot she throws a beach ball and the resemblance to the royal is even stronger.

Elizabeth, 31, was in Majorca filming scenes for the fifth series of The Crown – with Dominic West playing Prince Charles.

They were recreating the real-life holiday to Italy taken by Charles and Diana in 1991 – before their marriage finally disintegrated.

Dominic, who was 52 on Friday, appeared to be doing his best quizzical Charles expression as he prepared to leap on an inflatable.

The cast were filming scenes for The Crown in Majorca
(

But it was Guardians of the Galaxy star Elizabeth who caught the eye. She threw her arms joyfully into the air, Diana style, while ripping across the waves.

Then she played ball with Timothee Sambor, 11, and Teddy Hawley, seven, who portray Princes William and Harry.

Tenet actress Elizabeth is a striking 6ft 3in, so portraying the 5ft 8in Princess Diana must have been a tall order for her – but from these pics she has already made a huge impression on the show.

She takes over the role from British actress Emma Corrin, who played a younger Di.

Elizabeth Debicki has been cast as Princess Diana
(

The beach scenes will air next November.

A mighty 73 million households worldwide have seen The Crown since it began in 2016.

While it has won a raft of awards, it has been criticised for not being historically accurate. Some even suggested it should come with a viewers’ warning.

Yet Netflix bosses have released a statement claiming that viewers are aware that the series is fictional.

The streaming giant wrote to Culture Secretary Oliver Dowden to reject the disclaimer and went on to release a new statement.

This comes after Dowden warned that viewers could mistake fiction for fact and suggested adding a disclaimer prior to episodes.