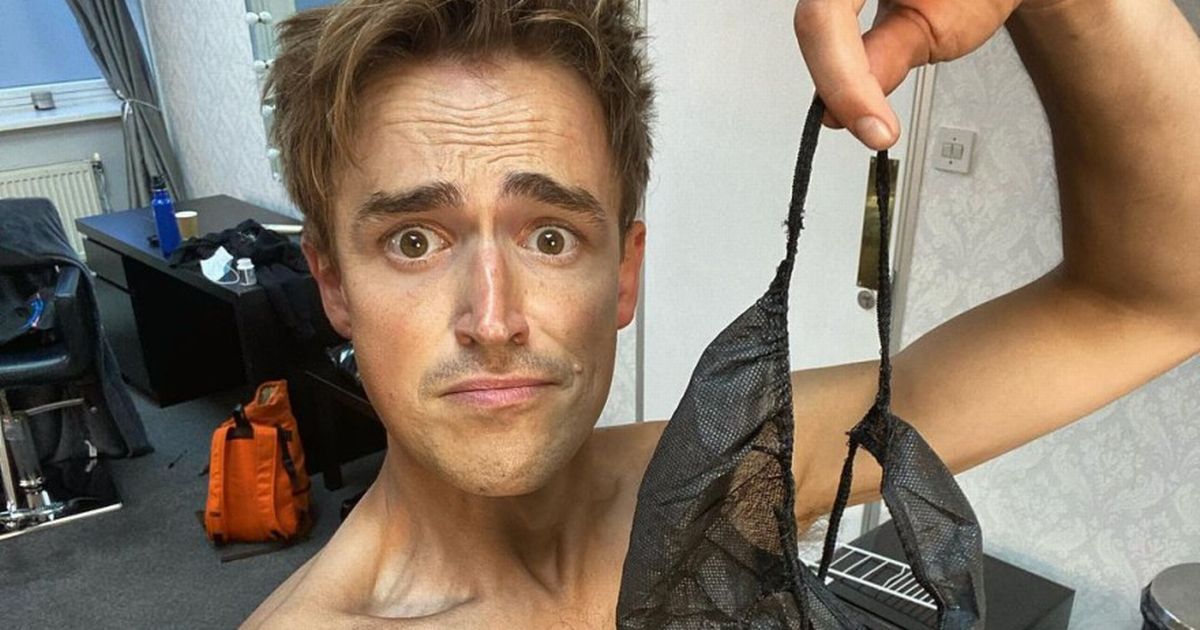 Strictly: Tom Fletcher gets spray tan at start of series

Strictly Come Dancing stars are worried about keeping their bronzed complexions intact as a fake tan shortage is set to hit Britain this winter, it has been reported.

A colourless liquid called ethoxydiglycol, a key ingredient in fake tan, will be in short supply over the coming weeks.

The ingredient is imported from abroad and manufacturers are struggling to get their hands on it amid an ongoing delivery crisis due to the pandemic.

A source told the Daily Star : “It’s fair to say we have had a number of calls from the celebrities on the show worried that there won’t be enough spray tan to go around.”

Tom shows off his spray tan

The BBC series is well-known for its liberal use of tan to keep the stars looking their best, with contestants treated to free top-ups once a week.

According to The Sun, the show’s stars go through a whopping 57 litres of fake tan per series and bosses have had to recently important it from the US.

“The viewers and contestants love it. They will be mortified if they can’t get their tan.”

Another reason given for the shortage was the increase in popularity of cosmetic items in Asia, which could mean high street stores will also run up short.

Several stars have given fans a glimpse at their fake tan regimes, with contestant Tilly Ramsay previously claiming one of the best things about the show was the fake tan.

Fake tan will be in short supply during the winter

Alongside his snap, he said: “Gone a shade darker this week. Blame it on the Rumba.”

The Mirror has contacted representatives for Strictly Come Dancing for comment.

This year’s contestants have reached the halfway point of the series after Judi Love and dance partner Graziano Di Prima became the latest couple given the boot last week.

Adam Peaty and Katya Jones landed in the bottom two and were saved by the judges following the dance-off.

The Olympic swimmer appeared on Strictly: It Takes Two and admitted he needs to find his confidence again ahead of his next performance.

He said: “It’s unfortunate that we ended up in the dance off. I mean, I’m still carrying a bit of baggage from the weekend because it was tough to go to the dance off.

“But it just shows you like with Rhys [Stephenson] last week, no one is safe. I have to find my confidence again now. I do deserve to be here… I think. It’s dancing and I need to breathe.”

* Strictly Come Dancing airs tonight at 6.45pm with the results show airing tomorrow at 7.15pm on BBC One.