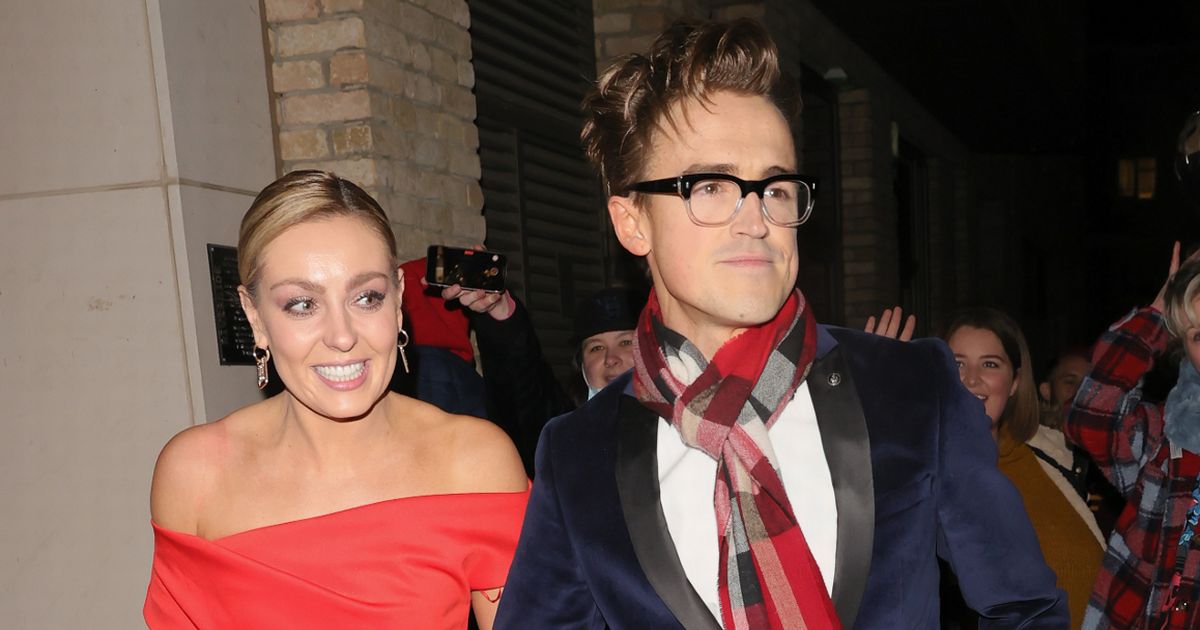 Staff and stars of this year’s Strictly Come Dancing contest are said to be “gutted” after the show’s end-of-series party was reportedly scrapped.

It’s alleged that the BBC show’s bosses have pulled the plug on this month’s shindig over fears of the increasing spread of the Omicron variant of Covid-19.

Cast and crew of the dance competition were set to enjoy a party at Elstree Studios in Borehamwood, where the BBC ballroom dance concert is filmed.

The boozy get together was due to take place after the final a week on Saturday but sources say this has now been binned.

A source told The Sun : “Everyone will be gutted as it’s been such a long and painful series in many ways. There’s been injuries, Covid scares and intense competition.

Tom Fletcher and Amy Dowden were partners on Strictly
(

“Everyone was looking forward to letting their hair down and celebrating what’s been a closely-fought race.

“It would have also been the first time many of them have been back in the same room since launch, so there would have been plenty to discuss and catch up on.

“But with things not quite clear how Omicron will unfold, everyone has decided to err on the side of caution and shelve the plans.”

The reports come after this year’s show has faced a number of Covid worries from the get-go.

Before the series even started it was reported that a number of professional dancers refused to get the vaccine, while judges and stars have had to pull out throughout.

On the judging panel, duo Craig Revel Horwood, 56, and Motsi Mabuse, 40, both pulled out of live shows, while in the second week McFly’s Tom Fletcher and his partner Amy Dowden had to sit out due to contracting the virus.

At the time, the musician described how his health went downhill and he was unable to play on the McFly tour too.

Strictly bosses have however named the dancers who will be touring with the live show next year.

Fans of this year’s series will be delighted with the news that there will be performances by John Whaite and Johannes Radebe and Rose Ayling-Ellis and Giovanni Pernice.

Other couples set to perform once more include Sara Davies and Aljaz Skorjanec, Tilly Ramsay and Nikita Kuzmin, AJ Odudu and Kai Widdrington, and Rhys Stephenson and Nancy Xu.

Speaking ahead of the tour, Rose said: “I have loved every minute of my Strictly journey so far, so to be able to continue it on the live tour next year is so exciting.

“I can’t wait to perform live in front of all the fans who have supported me through this incredible series.”