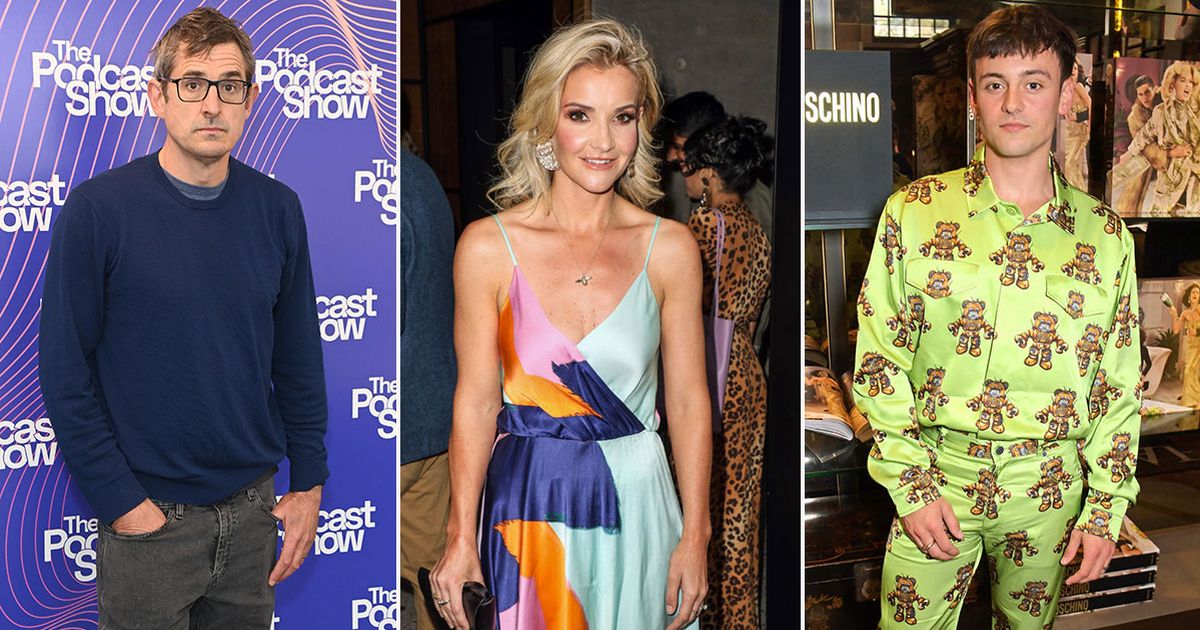 As Claudia Winkleman and Tess Daly return to host the next series of Strictly Come Dancing, follow all the latest news on the rumoured 2022 line-up

Strictly Come Dancing 2022 is quickly approaching and there are already a number of celebrity names in the rumour mill as possible contestants to sashay onto the BBC ballroom floor.

As Claudia Winkleman and Tess Daly return to host the next series of the show, the judging panel has been confirmed in recent weeks.

Strictly’s Anton Du Beke will return as a judge for the upcoming series and beyond, after it was announced that original judge Bruno Tonioli has left the BBC show for good, having previously been replaced temporarily.

Anton will join usual judges Craig Revel Horwood, Motsi Mabuse and Shirley Ballas as a new batch of celebrities take to the dance floor this autumn.

Anton said of the news: “Woohooo! This is BRILLIANT news. Everyone knows how much I absolutely love the show and I’m utterly delighted to be continuing as a regular judge.”

He added: “And I get to make the final again – now I know how Giovanni feels!” referring to last year’s professional dancer Giovanni Pernice victor, who stormed to take the Glitterball trophy alongside Rose Ayling-Ellis.

But as the next series of Strictly Come Dancing creeps closer, fans are beginning to wonder who will be sparkling in sequins and tangoing in fake tan later this year?

At the moment, there are no confirmed cast members for this year’s series. But as always, there are a fair few rumours, so here are the celebrities that could be involved…

The documentary filmmaker and viral ‘My money don’t jiggle jiggle’ rapper, threw his hat in the ring for the upcoming series at the end of last year.

Louis threw his hat in the ring for the upcoming series
(

Speaking on The Jonathan Ross Show, he admitted he would like to be part of the line-up as he said he’s “a good dancer”.

He added: “I know I’ve had too many drinks when I’m in the kitchen dancing while listening to something on the smart speaker, often hip-hop, and I start doing the funky robot and then I start doing MC Hammer spins.

“And that’s where it happens and I start thinking I should really go on Strictly.”

The Countryfile presenter and former Blue Peter star is reportedly being coveted by bosses of the show as they search for the latest batch of celebrities.

Helen even appeared on the 2012 Strictly Come Dancing Christmas Special, where she was partnered with Artem Chigvintsev.

BBC bosses are now said to be keen to pitch her into the line-up this time around as an insider told The Sun she has been on their wishlist since then.

They said: “She relocated to France in 2015 for three years while Richie was playing there and has also taken time out for her three pregnancies. There was also the suggestion that Richie wasn’t sure about her taking part.”

But the insider suggested that since the TV presenter split from her rugby league ace husband Richie Myler, “the situation might be different” this year.

Now the Plymouth-born diver finally clinched a gold medal at the Tokyo Olympics, he could be set to join the Strictly line-up.

The prolific knitter is said to be caught in a battle between ITV bosses, who want to sign him up for I’m A Celebrity… Get Me Out of Here! and the BBC’s Strictly team, according to the Mail Online.

The Vicar of Dibley star earlier this year admitted that she has been asked to do Strictly Come Dancing in the past.

During an appearance on The Graham Norton Show alongside Strictly professional dancer Johannes Radebe, Dawn said she had reservations due to fears she would be teased.

She said: “I might have been asked to do Strictly, but I fear I would be regarded as the funny one and made to do silly things. I take dancing seriously and I would like to do proper dancing.”

She has also spoken about the possibility of appearing on Strictly on her podcast, saying: “At this age, you’re not taken seriously. Also, if you’re from comedy, they want to shoot you out of a cannon like Ann Widdecombe and I don’t want that.

“I want the nicest dress, the most elegant other dancer and to take it seriously, and nobody would want that.”

Now the Death in Paradise star has exited the hit Saint Marie show, it seems she could be open to stepping out onto the ballroom stage instead.

She wouldn’t be the first Death In Paradise alum to perform either, with Danny John-Jules taking up the challenge back in 2018.

When Joséphine’s co-star Tahj Miles admitted he’d like to take part during an Instagram Q&A last year, she said: “We should do it together, we’d win it together!”

The reality star and I’m A Celebrity… Get Me Out Of Here! winner has been open about her love of Strictly in the past, and last year opened up about the possibility of competing in an upcoming series.

“I just love dancing. It just makes you feel happy.”
(

She told Digital Spy : “The Strictly people think I’m this pro dancer because I do a few dances on TikTok. I think everyone thinks I’m a professional dancer.

The comedian and The Last Leg star has admitted that she was inspired by last year’s champion Rose Ayling-Ellis, who’s deaf, to take on the ballroom herself.

She told Metro: “I’d say what drives me, is when I was growing up, having cerebral palsy I didn’t see anybody like me [on TV].

“In recent years, people like Rose Ayling-Ellis on Strictly have just shown that having a disability isn’t a disadvantage and it will never stop me!”