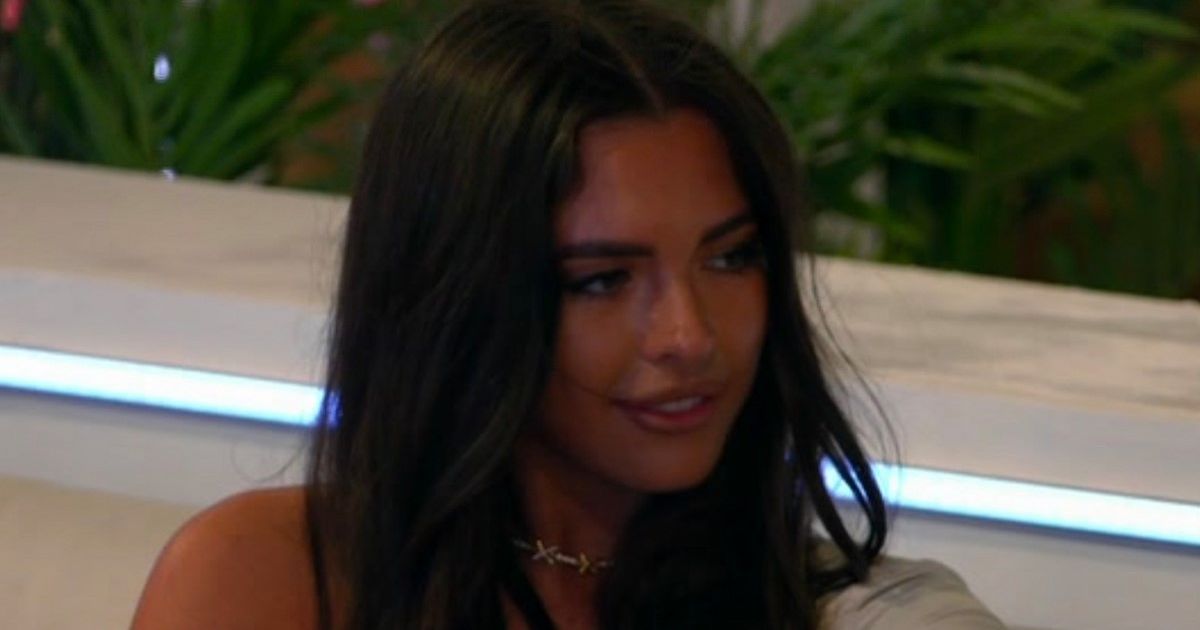 Gemma, the 19-year old daughter of former England footballer Michael Owen, had earlier admitted to Liam that she was attracted to Italian contestant, Davide Sanclimenti, 27.

After the conversation with Liam, 22, undeterred Gemma soon told cameras she didn’t think he would ‘have a right to be annoyed with the situation’ regardless.

“I do find you crazy attractive obviously and there are qualities about you where I could definitely see potential,” Liam admitted at the beginning of the pair’s chat.

Liam was visibly upset by what Gemma had to say
(

Gemma replied: “No that’s nice to hear, I’m happy with where things are at the moment.”

Liam continued: “Honestly I respect whatever you want to do. Do your thing honestly.”

Gemma ended the conversation, however, telling Liam: “I will, but I’ll always let you know what’s going on.”

Addressing the cameras afterwards though, Gemma said: “He’s a genuine guy, but it’s still early days and I don’t think he would really have a right to be annoyed with the situation.

“All I can be is honest with him, I think that’s all I can really do. Even if it’s hard for him to hear.”

Viewers soon flocked to social media to voice their displeasure at what Gemma had said.

One Twitter user commented: “Liam has a good heart, he needs to forget about Gemma tonight or he’s just gonna get his heart broken.”

Another wrote: “Poor Liam. Hopefully someone comes in the picture for him because Gemma isn’t it.”

A third added: “Poor Liam got the short straw, Gemma was way too high maintenance.”

By the end of the episode Gemma had coupled with Davide
(

Gemma appeared to get her wish at the end of Tuesday’s episode, meanwhile, when Davide opted to couple up with her in the series’ first recoupling.

Speaking at the firepit afterwards, Davide admitted it hadn’t been an easy decision, before adding: “It’s not just attraction, yes she’s a stunning girl. We really had a good time and I would like to know her more. The girl I would like to couple up with is Gemma.”

The move left Liam single and vulnerable, and at risk of being the first to be dumped from the villa at the end of the week.

Gemma’s odds of winning the show, meanwhile, tumbled after just one episode.

After initially being the bookies favourite to win the 2022 series and pinned as a potential finalist in the run up to the launch, the swimwear company owner fell from 9/4 to 4/1.

Alex Apati of Ladbrokes explained: “Punters may have scored an own goal in backing Gemma Owen for success in the villa.

“Having headed the betting before Monday’s series opener, she’s tumbled to third-favourite, behind the popular Paige and Tasha.”