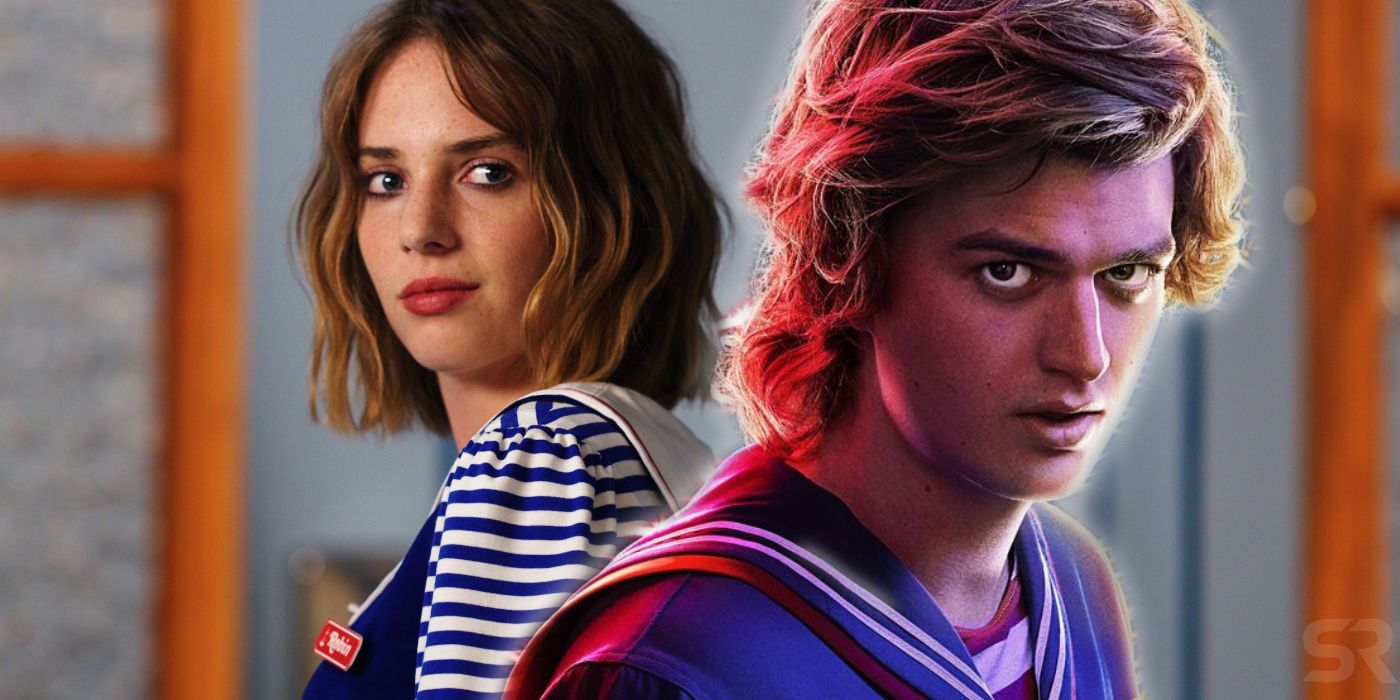 Set photos from Stranger Things season 4 show at least one scene takes place at a video store. As one of Netflix’s most beloved original series, Stranger Things has been a part of the pop culture conversation since its premiere in 2016. It’s been praised for its 1980s setting, serving as a love letter to movies of that time. The cast, many of whom were unknown child actors at the start of Stranger Things, have become household names as a result of the show. One of the series’ adult actors, David Harbour, has found similar success, with a major role in Black Widow on the way.

Stranger Things season 3 ended over a year ago, in July 2019. However, a season 4 release date hasn’t been announced at this time. Production on the upcoming season began earlier this year but was forced to stop temporarily due to the coronavirus pandemic. Filming resumed late last month, with set photos offering some clues about the new episodes. An image shared on the show’s official Twitter confirmed a return to the Upside Down in Stranger Things season 4. Others have shown Dustin and Max at Hawkins High, while a more recent photo had Lucas in the same clothes he wore in the season 3 finale, suggesting the new season will include a flashback scene.

Earlier this week, even more set photos from Stranger Things season 4 made their way onto the Internet. Coming from Just Jared, the photos show cast members Maya Hawke, Joe Keery, Gaten Matarazzo, and Sadie Sink exiting a Family Video, with many wearing masks between takes. Check out the images below:

Though the new photos don’t give too much information about Stranger Things season 4, it is exciting to see filming continue. Audiences have been waiting awhile for Stranger Things’ return, and production restarting is a good sign that may happen sooner rather than later. However, it’s worth noting there was roughly a year and eight months between the releases of Stranger Things seasons 2 and 3. There’s still around five months left until the time between seasons 3 and 4 meets that. All told, it’s possible viewers won’t experience that much of a difference in wait times despite the pandemic.

Of course, that hinges on filming continuing without incident. Many productions have had to pause work a second time due to positive coronavirus cases or delays in testing. Issues like that could push the release date of Stranger Things season 4. Netflix is probably smart to hold off on a release date announcement for that reason. Hopefully, filming is able to continue safely, leading to the show’s return sooner rather than later. In the meantime, set photos will likely continue to emerge teasing Stranger Things season 4.